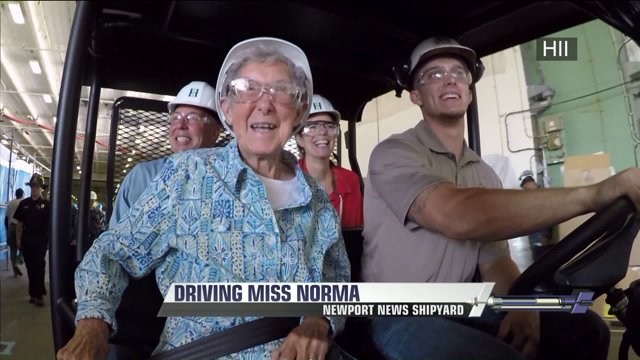 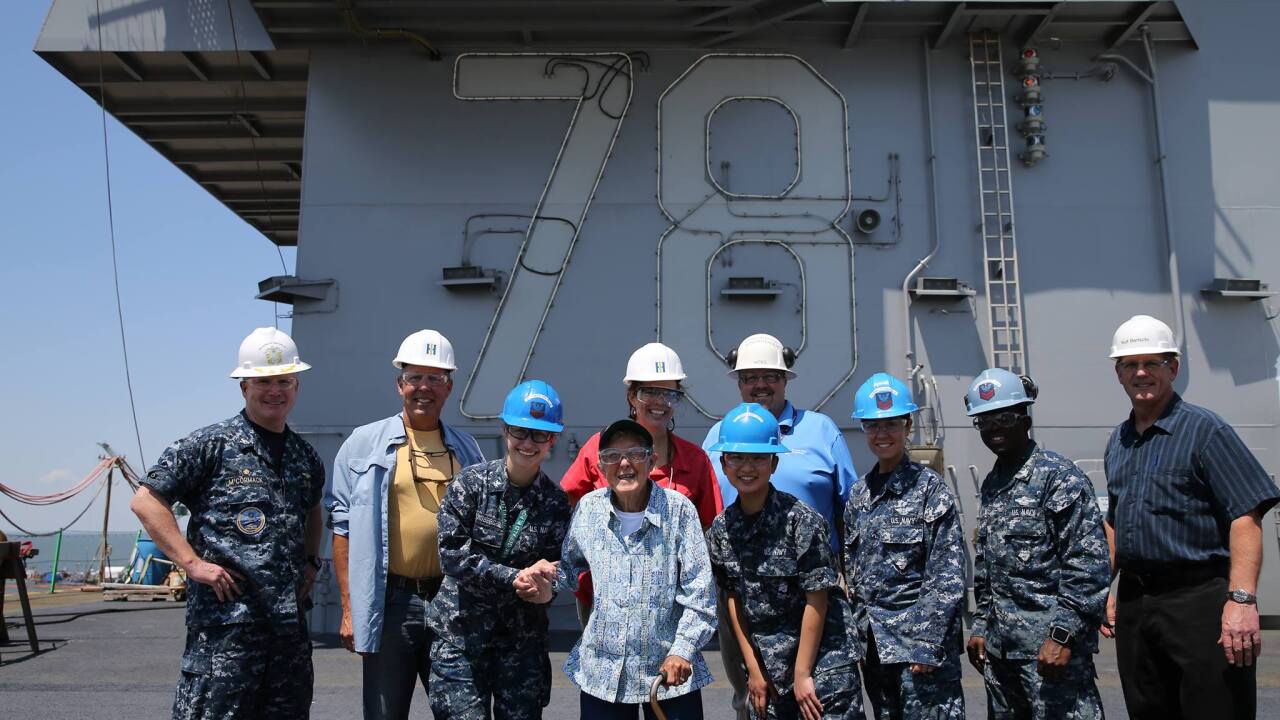 Newport News, Va. (WTKR) - Norma Bauerschmidt is on the road-trip of a lifetime and Tuesday it took her to the Newport News Shipyard and the Navy's newest aircraft carrier.

Bauerschmidt, 91, was diagnosed with stage-four uterine cancer just two-days before her husband Leo of 67 years passed away.

She made a decision to decline medical treatment and instead live her life out to the fullest, hitting the road with her son Tim and his wife Ramie in an RV.

They've chronicled the journey across the country in a Facebook page with hundreds of thousands of followers called Driving Miss Norma.

The CBS Evening News featured Miss Norma's story in March, chronicling her trips to places like Mount Rushmore, Yellowstone and even getting her first pedicure in Georgia.

Tuesday her road-trip of a lifetime brought her to Hampton Roads and the Huntington Ingalls Industries Newport News Shipyard.

She was the featured guest of honor on the Gerald R. Ford (CVN 78), the Navy's newest nuclear-powered aircraft carrier under construction at the yard.

Miss Norma has a special connection to the late president and the ship now bearing his name.

Back in 1949 she and Leo were having trouble receiving the military benefits they had earned. She wrote to then Congressman Gerald Ford, who not only resolved the issue, but personally delivered the check.

Donning a hard hat with "Miss Norma" written across the front, Tuesday she was treated to a special tour of the aircraft carrier, meeting with Sailors and shipbuilders.

Miss Norma also got to see the flight deck of the carrier, where crew members explained how aircraft are launched and she posed for pictures under the ship's island.

Following her tour, and surrounded by her son and daughter-in-law, Miss Norma said "Do what you want, the doctors aren't always right."

She also expressed her awe at seeing the Gerald R. Ford carrier up close and personal.

“It’s so amazing. I’ve never seen anything like this before."

Miss Norma plans to continue to live out her life on the road, always looking for the next adventure.