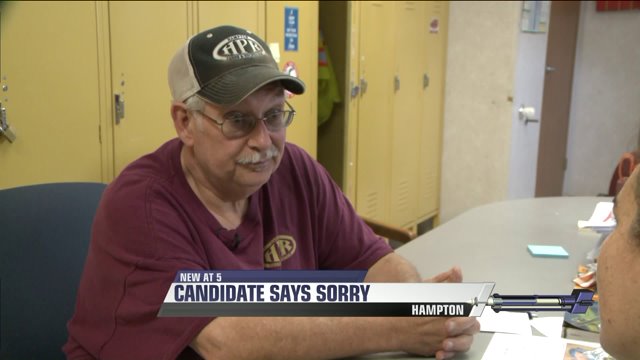 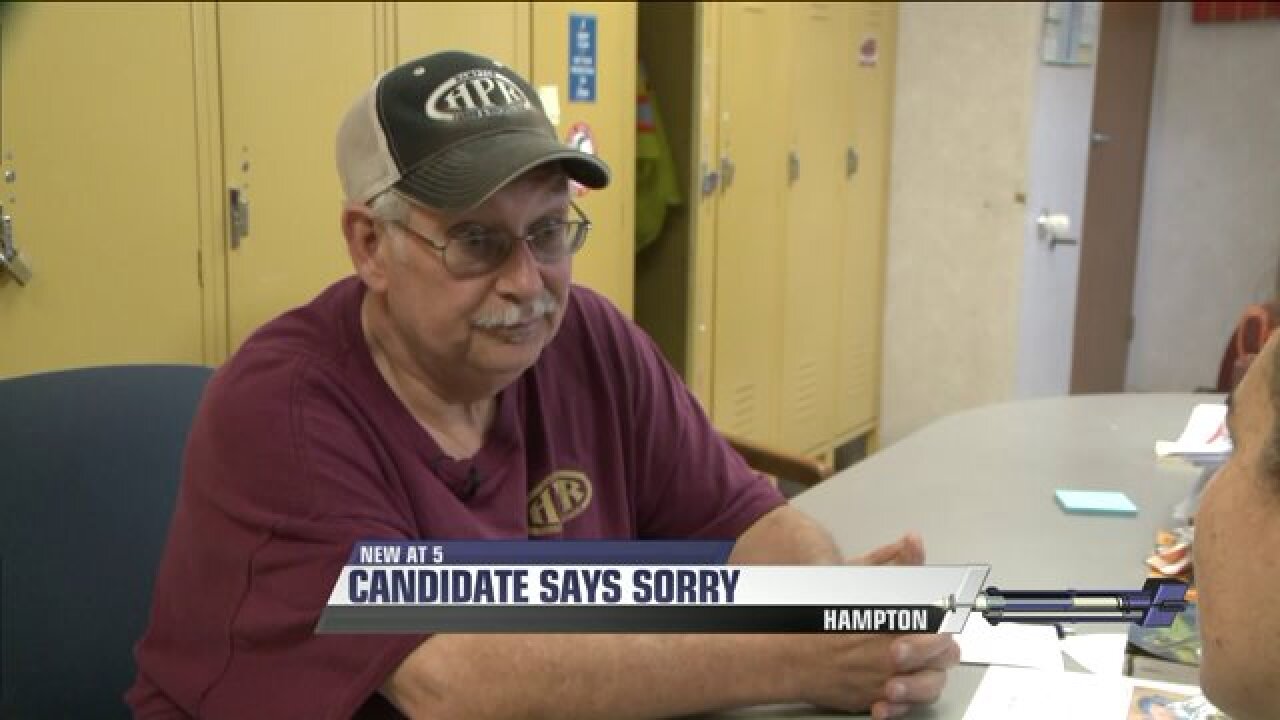 Hampton, Va. - A candidate for the Hampton City Council said he is not the type of person who lies.  He admits he told people he received a Purple Heart award, but really didn’t.

James Nieder said he got caught up in moment and made a terrible mistake that he is now sorry about.

He was originally going to drop out of the race for City Council but changed his mind.

The Hampton City Parks employee broke down talking about sorry he is for falsely telling people he received the prestigious Purple Heart award.

“I thought oh god what did I do to you really,” said Nieder

Nieder said he knows he let down his friends and supporters.  He said, “I know that if I'm elected I'll be there for the citizens. Like I said, it's just a mess and I just hope they forgive me about it.”

Neider  is one of five fighting for three open spots on City Council in the City of Hampton.

Originally, Nieder said he was going to drop out of the race – but then changed his mind.

“Then I got up this morning and I was like no I got this far only the consequences. I misspoke about my military record,” said Nieder.

First time candidate, Green said she really likes Nieder and was sad to hear what happened.

“I don't know what caused him to say something like that because if he was in the military he knows how important the Purple Heart is to people who receive it…. But I forgive him….  That is what God wants us to do,” said Green.

Vice Mayor Linda Curtis who is also running told News 3 it will be up to the voters to decide who they want in office.

In a message to the community Nieder said, “I'm deeply sorry for letting you down…. It was stupid and I believe that as your councilman I won't let you down again. Everything I'm going to tell you is straight and truthful. I learned from this.  I learned a lesson and hopefully the citizens out there will give me a second chance and forgive me.”

The election is May 3rd.