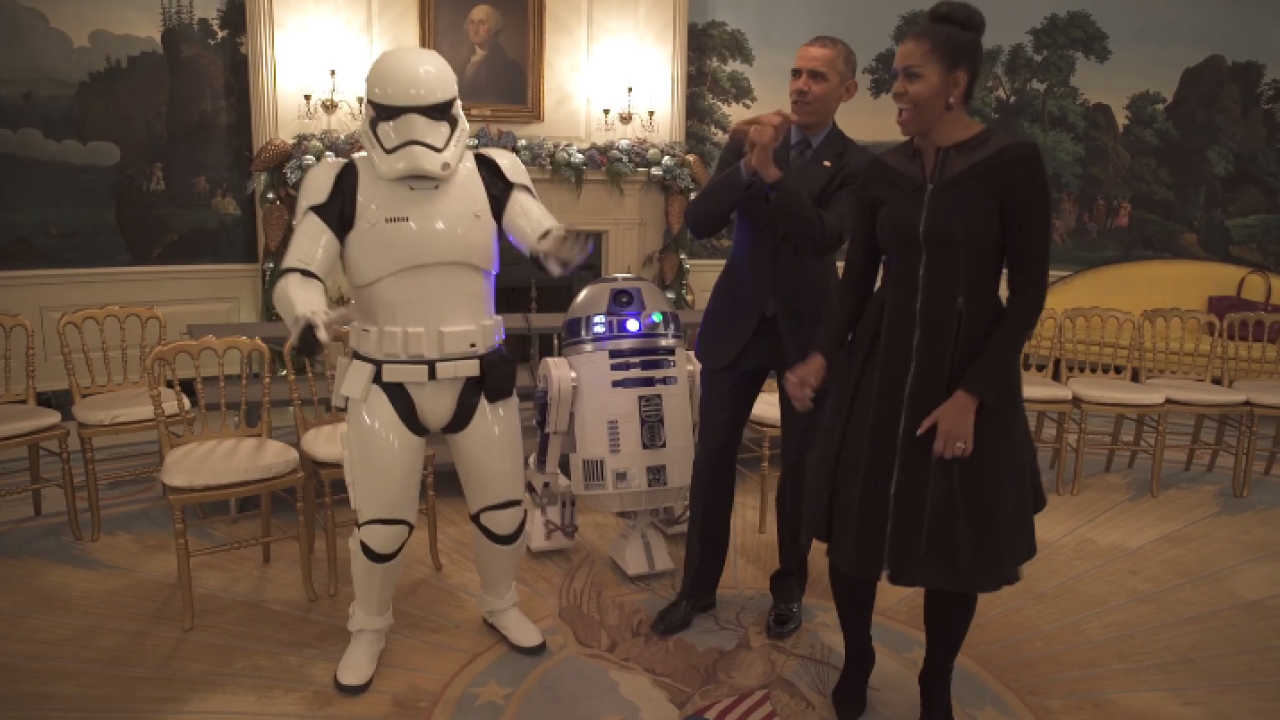 May the dance be with you.

May 4 is a sacred day for fans of the George Lucas movie series and was chosen as the holiday by Star Wars fans around the world because “May the fourth” is a play on “May the force be with you” — a famous line from the series.

This is not the first time that Star Wars characters showed up at White House events.

In March, stormtroopers made an appearance at the White House Easter Egg Roll and one of them fist-bumped the President.

And in December, after his last news conference of the year in December, the President ended the presser by saying, “OK, everybody I gotta get to Star Wars.”

The White House hosted a special screening of “The Force Awakens” for Gold Star families, who lost family members to combat or service-related injuries.

Stormtroopers and R2-D2 were also present for the screening, making an unannounced appearance in the press briefing room, escorting White House press secretary Josh Earnest to the podium.