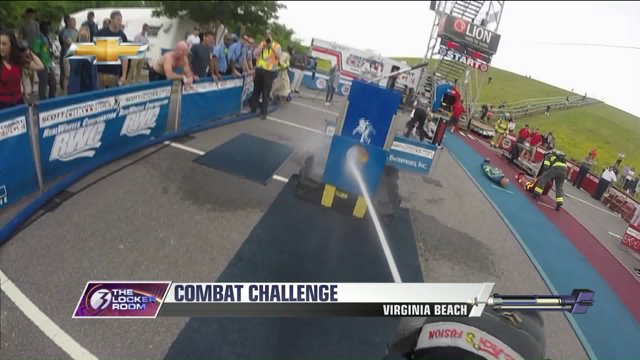 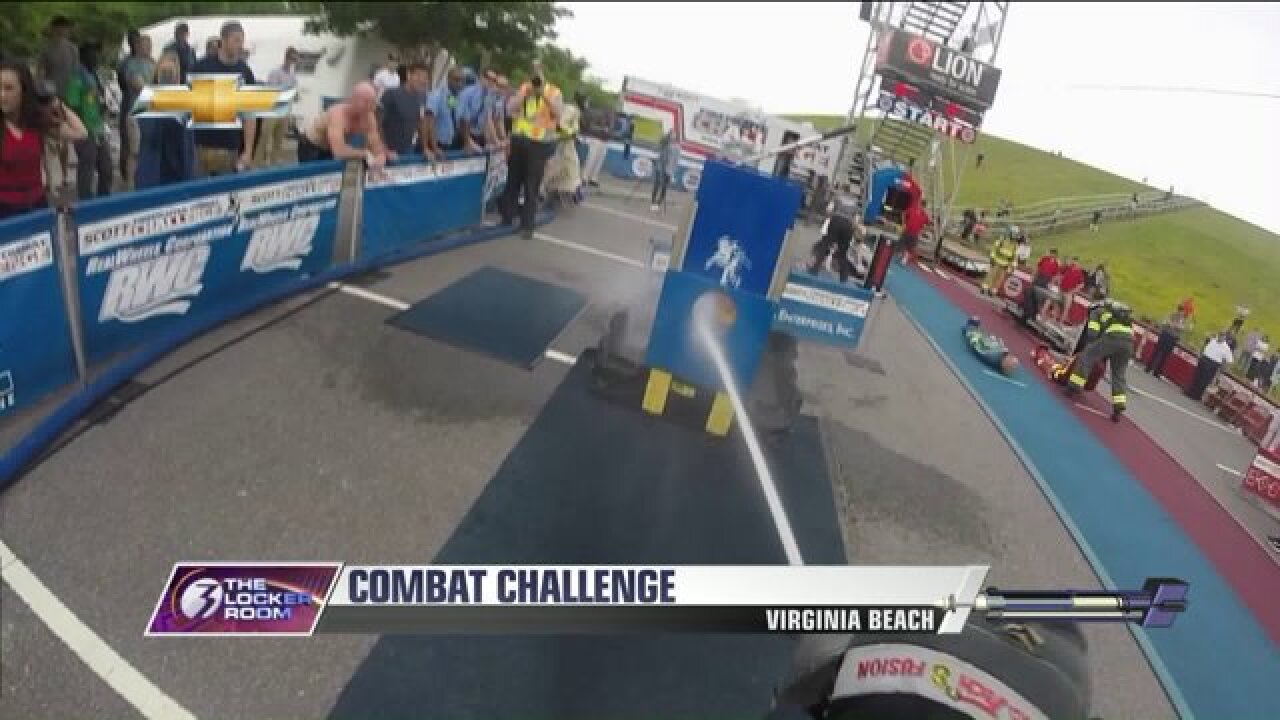 VIRGINIA BEACH, Va. - Some of the fastest and strongest firefighters will be in Virginia Friday and Saturday. The Scott Safety Firefighter Combat Challenge is an international competition and the event in Virginia Beach is a qualifying event for the world finals held in Montgomery, Ala.

Firefighters will wear full bunker gear and race head-to-head against the clock up a three-story tower carrying a heavy fire hose on their shoulder, pull a charged hose line more than half the length of the course, drag a life-sized victim that weighs 175 pounds and much more.

"You propel yourself 41 feet in the air, some of these guys will do it in like 12 seconds, which represents about 1.5 horsepower," said Paul Davis, the creator of the challenge.

A Virginia Beach Firefighter Marquel Davis strapped a Newschannel 3 GoPro to his helmet to show his point of view.

"Felt very fast off the start, got around, the guy was pushing me pretty good. He was a pretty fast guy. Got to the dummy and my legs were just smoked," said Davis, still breathing since it had only been a few minutes since the clock stopped.

Davis's legs may have been feeling the burn, but he said these are all things firefighters feel when they do their job.

"We have a lot of high rises around that we train for and running stairs for that too, so it all converts over," said Davis.

The Virginia Beach Master Firefighter agreed. "It's well worth it and it's made me a better firefighter," said Chris Zach.

That's the exact reason Davis is proud of what he's been able to create at the challenge.

"We have thousands of firefighters who I think their lives have been altered and concurrently the people who they serve have benefited greatly by the fitness we brought with us," said Davis.

The challenge has been seen on ESPN and is one of the qualifying events that leads up to the World Finals - held in Montgomery, Alabama in October.