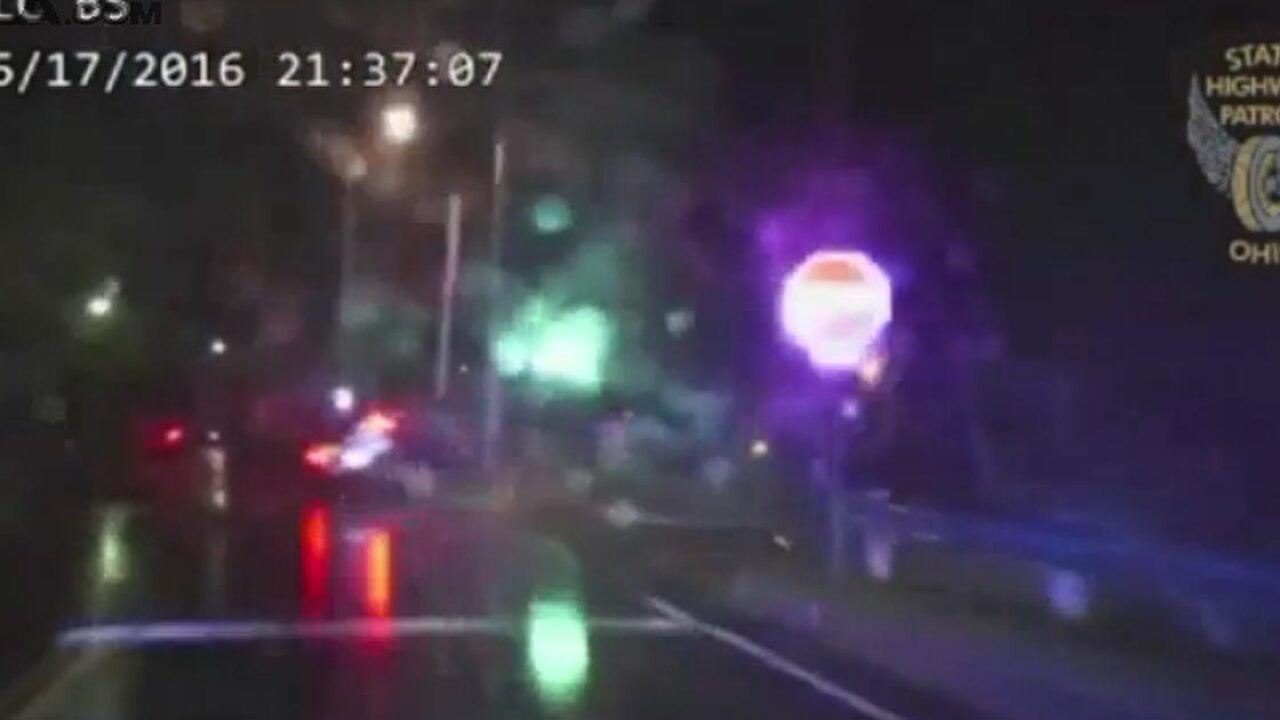 Granville, Ohio - An Ohio state trooper is being called a hero after pulling a trapped 4-month-old boy from a car after a fiery crash that was caught on his dash cam.

The video shows Trooper Sean Eitel following a motorist who was driving erratically on a road in Granville Tuesday night.

The car is seen swerving all over the road and hitting two utility poles before it overturns and bursts into flames.

As rescuers pulled the driver out of the car she can be heard saying that her baby was still inside.

"He is upside down in his car seat, held by the car seatbelt," Eitel said. "I'm still thinking, you know, is this car going to catch back on fire? Is it going to explode? I don't know, so I just wanted to get him out."

The baby suffered non-life threatening injuries and was placed in the care of a family member, Columbus TV station WCMH reported.

The driver, 35-year-old Brandy Wilson, was charged with operating a vehicle under the influence, child endangerment and related counts, according to the station.