The Virginia Zoo has recently welcomed two new red pandas that are starting to explore their new habitats and their future mates!

The new male red panda, Timmy, was introduced to his potential new mate, Bernadette, who put on quite a show, the Virginia Zoo says. Bernadette has been at the zoo since 2012 and has given birth to three sets of twins. 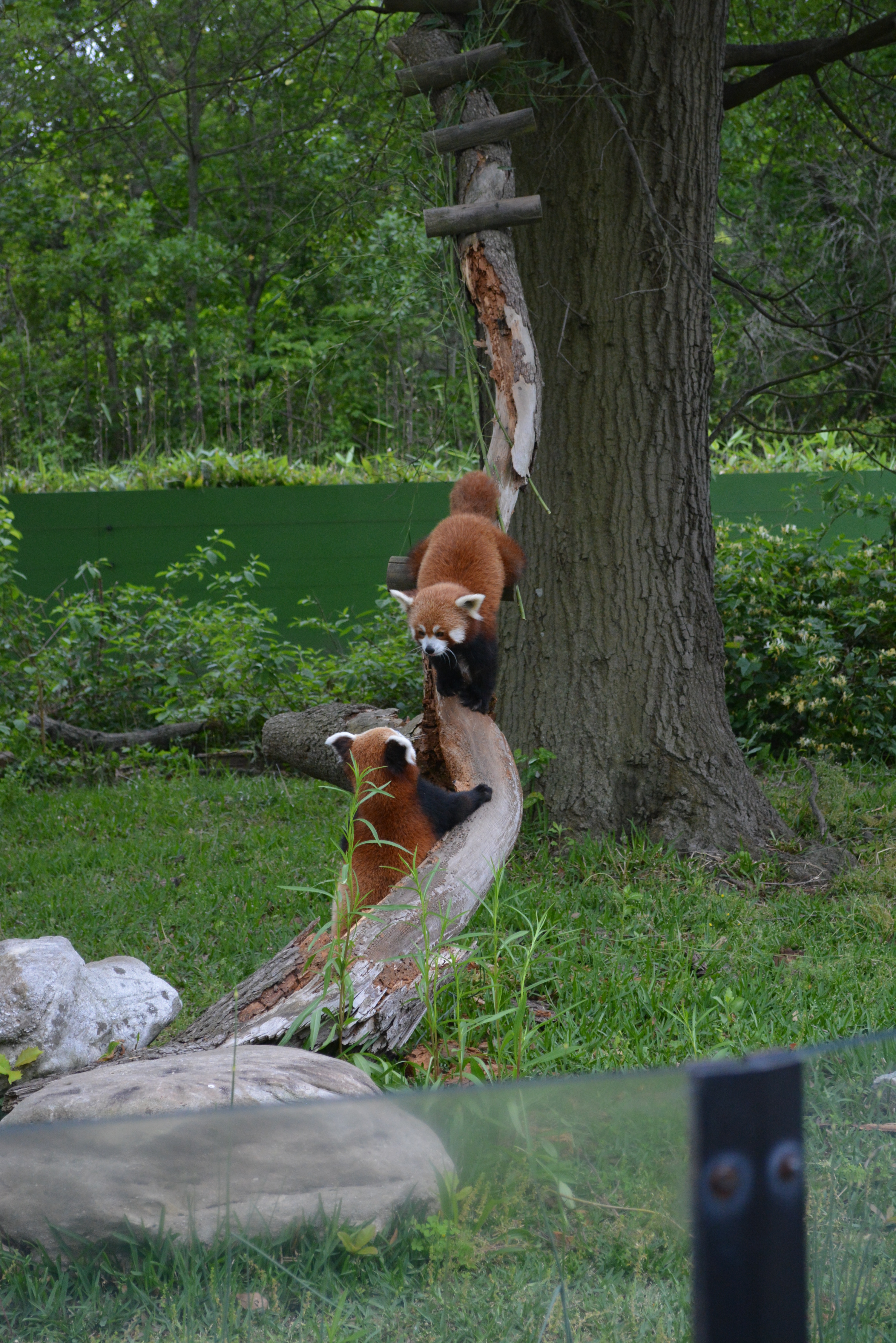 Her previous mate, Oscar, died unexpectedly from an acute bacterial pneumonia infection in June of 2015. Bernadette’s final set of twins with Oscar were born later that month. Unfortunately, they too died of pneumonia.

The new female red panda, Sunny, was introduced to resident, and one of Bernadette’s sons, Thomas, who was born at the Virginia Zoo in 2013. This was his first encounter with a female red panda and the zoo says it was without much excitement.

Both new red pandas are 11-months-old and came to the Virginia Zoo from Front Royal, the Smithsonian’s Conservation Biology Institute.

The breeding season for red pandas is November to January, so Zoo staff is hopefully for babies next Summer. Visitors can see both pairs on exhibit now at the Virginia Zoo.

“These are significant pairings that will contribute considerately to the Species Survival Plan,” said Dr. Amanda Guthrie, Virginia Zoo Veterinarian. “Red pandas are a threatened species, and as long as populations in the wild continue to decrease this will be an important endeavor.”