Hampton woman returns home after being detained by Vietnamese government

HAMPTON, Va. - A Hampton woman who says she was detained by the Vietnamese government is home after being detained for at least five days.

Dolly Khuu ran into her family's arms at the arrival gate of Norfolk International Airport just before 2 a.m. Friday. The embrace with her two daughters and son lasted more than five minutes.

"I fight hard to be here with them. I say no matter what, I have to be home because I do nothing wrong," said Dolly.

Dolly tells News 3 while she was detained, she did not give up on her message. She saw being in prison as a chance to speak directly to the government about what was wrong with communist Vietnam.

"They have no rights and freedom at all and that make me feel like I need to speak for them. Not on their behalf, but on behalf of freedom and human rights that they should have," said Dolly. 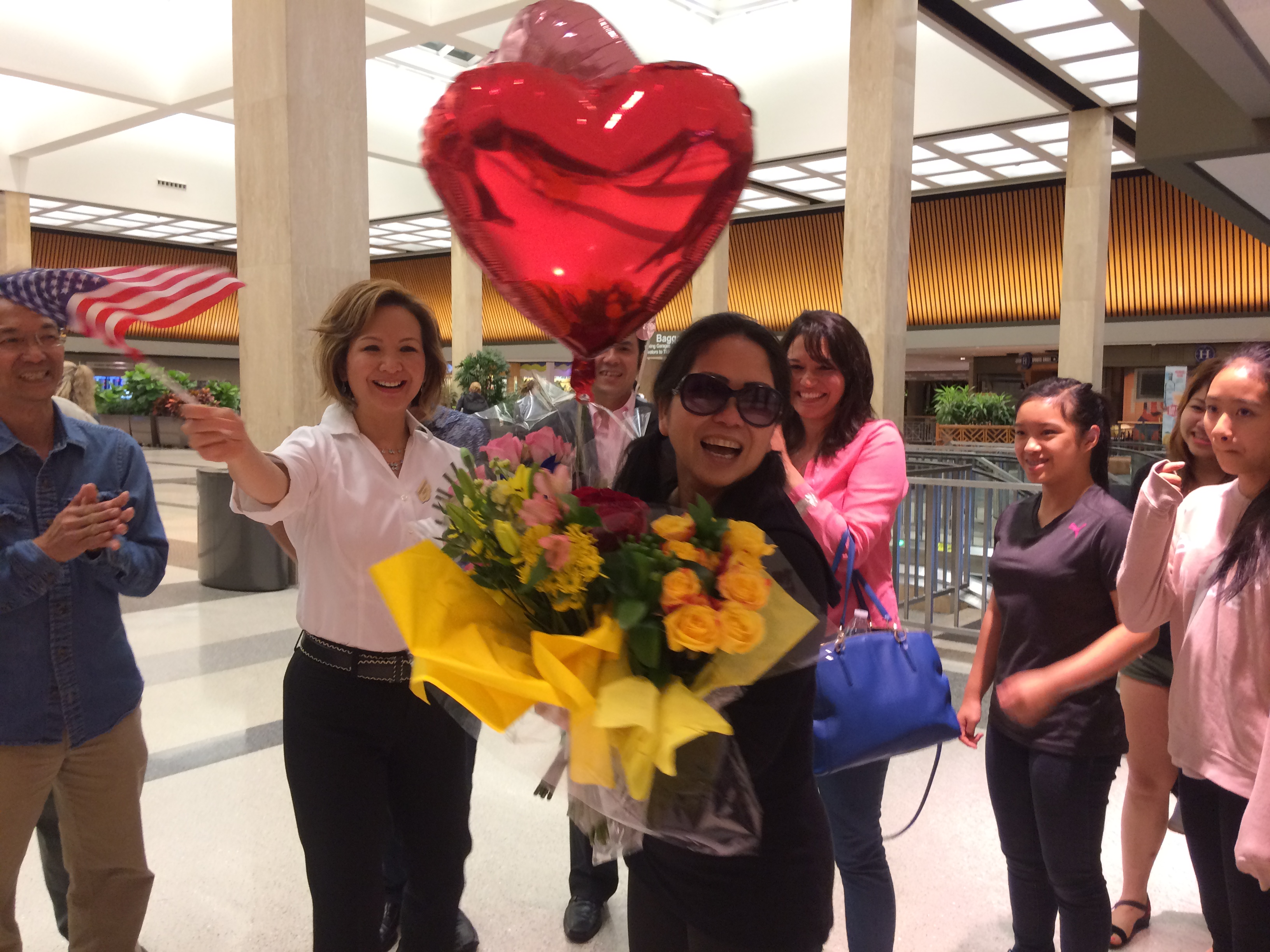 Despite a two-hour delay from her connecting flight in Dallas, a crowd of people were at the airport to greet Dolly.

Calvin Khuu, Dolly's son said, "I didn't expect to see as many people. Some people I haven't even seen in years so it really surprised me to see close family friends who have gone out of the way."

An American flag in Dolly's hand and her loved ones surrounding her, she said the United States is where she belongs.

On Monday, May 30, the Khuu family told News 3 the mother of three went to Vietnam with the Love Foundation, a charity group providing resources to people in need in the rural parts of the country. Dolly has gone to Vietnam multiple times to do charity work with her own money and has always returned.

Dolly’s brother, Nguyen said he does not know why she was detained and it is unclear when she will return. However, the family was apparently contacted by a case officer in Vietnam.

They said Dolly left Hampton Roads on May 11 and was supposed to return May 27. However, they said she was detained on May 26 in Saigon and was arrested just hours prior to her departure to the United States.

Her son, Calvin Khuu said, "Not knowing how she is, what she's eating, where she sleeping.  Not knowing what she's doing is very frightening. It's concerning."

Wednesday Calvin said he is relieved that he was able to briefly speak to his mom on the phone.  She told him not to worry.

Dolly's family said she has lived in the U.S. for two decades and they have several family members who are in the military.

Dolly has been outspoken about the Vietnamese government on social media, where she is known as Mã Tiểu Linh and her family thinks may be the reason she has been detained.

The Vice President of the Vietnamese Community said, "To have freedom of speech and live freely and to be able to go where we want to be and that itself is a privilege and an honor. But it's not the same thing in Vietnam. Vietnam is still a communist country," said Linh Truong.

A coworker of Dolly's, Jenni Amit Quan said, "I could go on and on about what she does in the community. She has such a huge heart and giving. She's very passionate about that."

Dolly also serves as a member of the Board of Directors of the Vietnamese Community of Hampton Roads.

Several people in the Vietnamese community in Hampton Roads told NewsChannel 3 they are concerned about traveling to Vietnam after hearing what happened to Dolly.

“We are aware of reports that a U.S. citizen previously detained in Vietnam was released. Due to privacy considerations, we have no further comment,” according to a State Department Official.

Regarding advice for future travelers, they encourage travelers to review the Country Specific Information for Vietnam.

They said, "The safety and security of U.S. citizens overseas is one of our highest priorities, and we aim to provide U.S. citizens with important information before they travel."