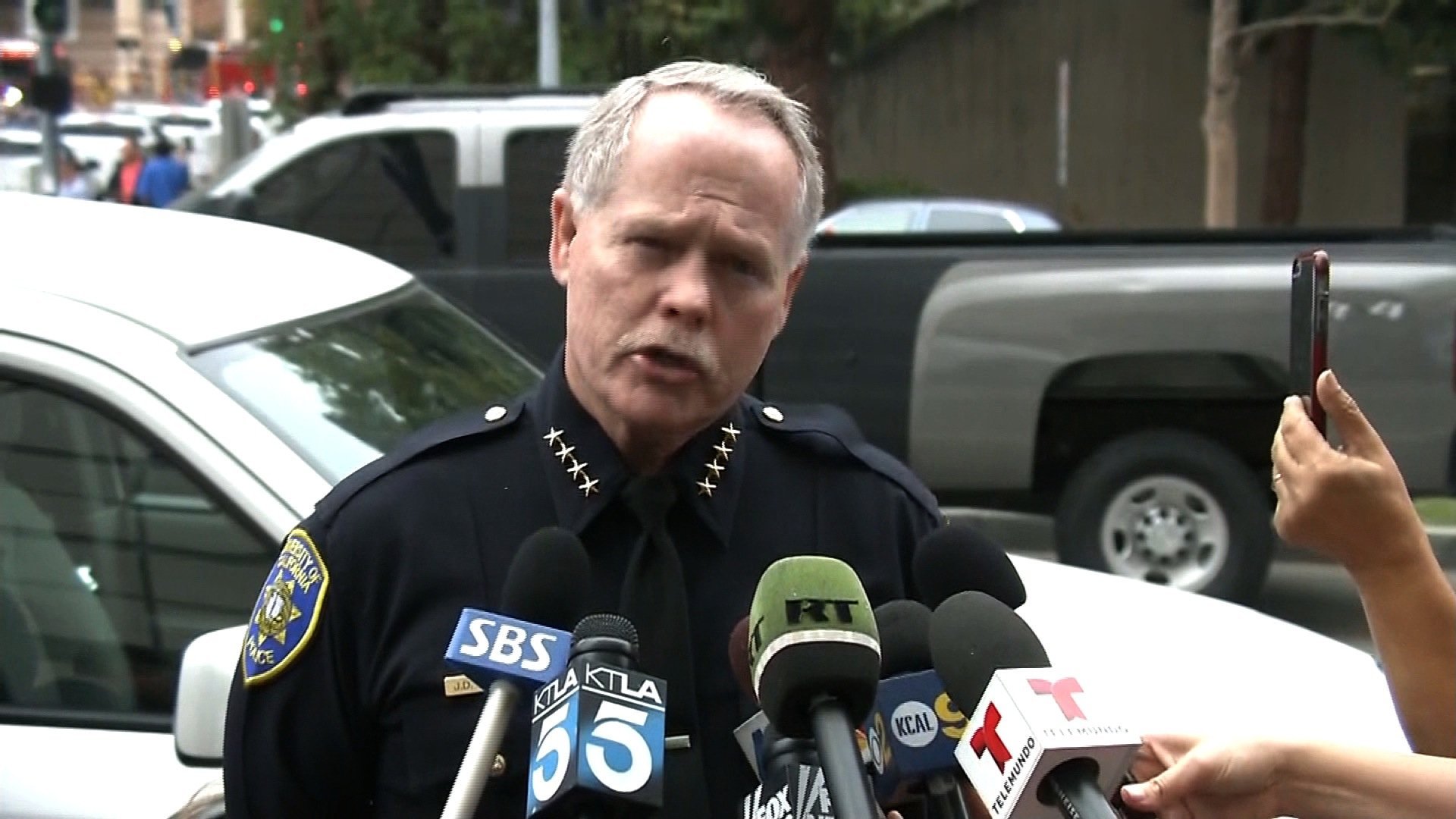 A murder-suicide on UCLA’s campus shocked the student body and sent the school into lockdown on Wednesday.

“Our hearts are heavy this evening as our campus family mourns the sudden and tragic deaths of two people on our campus earlier today,” said Chancellor Gene Block in an email. “Our UCLA family has indeed been shaken, but we will rely upon the strong bonds of our community and our faith in one another as we begin the process of healing.”

Klug was described as an easy-going little league coach, according to one friend, and an “an empathetic, brilliant teacher” as California Lt. Gov. Gavin Newsom put it.

A father of two, Klug was killed on campus in an apparent murder-suicide in one of the university’s engineering buildings.

“It’s hard to even fathom,” Klug’s friend, Lance Giroux, told CNN affiliate KCBS, fighting back tears. “To have your son grow up without a dad, it’s rough.”

Friends told KCBS that he was a proud coach of his young son’s baseball team.

“[He was] always very positive. Kids loved working with him because he was such an easy coach to work with,” Giroux said.

The Los Angeles Police Department said it got the call about the shooting around 10 a.m. local time.

Officials put the campus on lockdown as authorities investigated. Throngs of police with long guns patrolled the streets of the campus of more than 40,000 students.

UCLA’s engineering building is in the middle of a very densely populated part of Los Angeles.

The situation was contained shortly after noon, LAPD Chief Charlie Beck said. He said the shooting took place in a small office in the engineering building.

Police found a weapon, and no suspects remain at large, Beck added.

Police are still investigating the shooting, according to university officials.

It was a jarring, tense time for the university’s students. To protect themselves, some blocked doors with printers, according to a picture on Twitter.

Freshman Teddi Mattox said she was in a cafeteria getting breakfast along with about 100 other students when the shooting occurred.

“We got the alert and a woman said, ‘This is not a joke, everyone get to the back of the dining hall because we have to stay away from the windows,'” she said.

UCLA officials said they will review all campus safety procedures.

“We’re pleased in the way notification went out, troubled by some reports of unlocked doors, but we want to review everything,” said Scott Waugh, UCLA’s executive vice chancellor and provost.

UCLA has also extended counseling services over the next few days to serve all the students who may be in need, Waugh said.

The university’s final exams are scheduled for next week, with graduation set for Friday.

Classes are expected to resume for most of the school tomorrow (the engineering school will be excluded).

Klug is listed as a professor of mechanical and aerospace engineering on UCLA’s website. He received his undergraduate degree at Westmont College, then obtained a Masters at UCLA and a Ph.D. from Caltech.

He also led the Klug Research Group, which studied “problems at the interface of mechanics and biology.”

“We aim to understand how the physical properties of biological structures and materials are involved in biological function from molecular and cellular scales upward,” the group’s website says.