Pfc. James B. Johnson died in a pitched World War II battle on a Pacific island in 1943, but it was only on Tuesday that his body was laid to rest.

For more than seven decades, he had been missing in action. During those long years, his family and a non-governmental organization dedicated to finding the remains of U.S. service members joined together to continue the search.

Last June, the History Flight NGO made a major discovery: a mass grave on the small island of Betio in the Tarawa Atoll of the Gilbert Islands. It was close to the site of the Battle of Tarawa where the U.S. clashed with the Japanese on November 20, 1943, and more than 1,000 Americans perished, the 19-year-old Johnson among them. 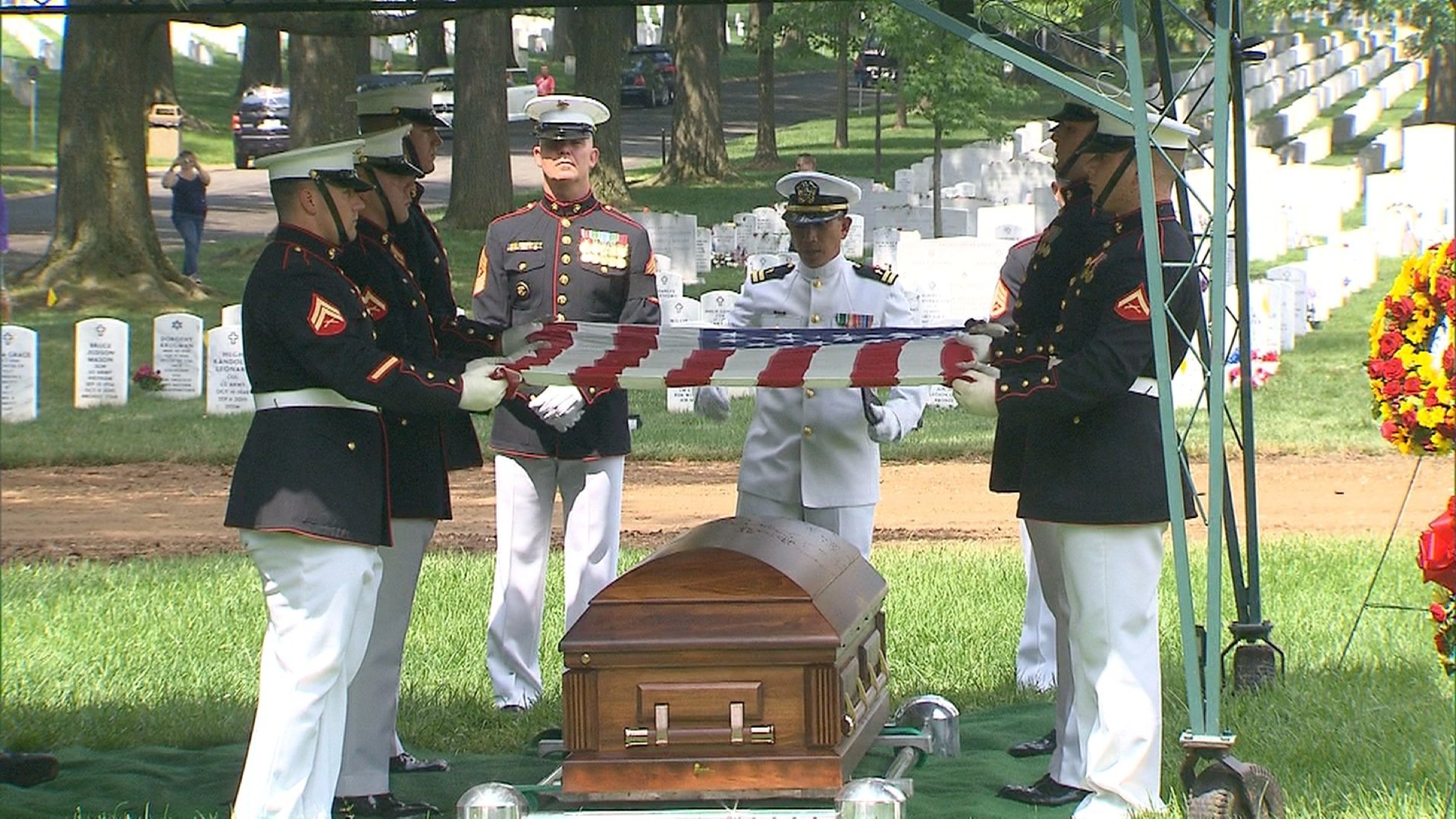 Using DNA, scientists from the Defense POW/MIA Accounting Agency, which works closely with History Flight, was able to match Johnson’s remains to a living nephew. Identification was also made possible by circumstantial and material evidence and dental records, according to the agency.

Mark Noah, the executive director of History Flight, told CNN that he welcomed the opportunity to “to pay my respects and help close the circle” by attending Johnson’s burial at Arlington National Cemetery.

The funeral was held with full military honors. A Marine firing party shot three rifle volleys into the air, a 20-member Marine band played at the gravesite and a Marine funeral platoon participated in the ceremony, which was attended by Johnson’s surviving relatives, giving them an opportunity for closure after a seven-decades-long wait.

After a Marine bugler played “Taps,” the ceremonial burial flag, which was draped over Johnson’s coffin, was folded and presented by Marine Sgt. Maj. Joseph Garay, of the Marine Barracks, Washington, D.C., to Johnson’s next of kin, his nephew, James C. Johnson, who provided the DNA for the test and is himself a decorated Special Forces Vietnam veteran.

Noah said that the nephew had approached him eight years ago and asked if the organization had any information about his uncle.

He said that the organization had made 30 missions to the Tarawa Atoll in order to identify and recover the remains of missing Marines there, working with the Department of Defense on helping to identify missing military personnel.

The military made efforts to recover the remains of all U.S. service members from Betio Island in 1946 and 1947, but they were unable to recover Johnson’s, according to a statement issued by the POW/MIA accounting agency.

But last June, History Flight notified the Department of Defense that it had found a burial site on Betio Island where they recovered the remains of what they believed were 35 U.S. Marines who had fought during the battle of Tarawa.

Approximately 1,000 U.S. Marines and sailors were killed during the battle and another 2,000 were wounded.

The military ceremony was followed by Johnson’s great-grandnieces, Madeline and Emmerson Brumbaugh, ages 10 and 7, releasing doves into the sky.