Dolphin dies after being stranded in Portsmouth creek

PORTSMOUTH, Va. - A dolphin died after being stranded in Scott's Creek near the 1700 block of Leckie St., according to Portsmouth Police.

The dolphin was euthanized Wednesday evening, according to the Virginia Aquarium Stranded Response Team. An autopsy will be performed on the dolphin.

According to News 3's Merris Badcock, the dolphin beached itself for the first time around 4:10 pm. Boaters passing through threw a rope around the dolphin and tried to pull it to deeper water.

*WATCH* Boaters try to pull dolphin to deeper water. Note: this is illegal, do not repeat. https://t.co/eGRXYSJbeM pic.twitter.com/1tpbYRMxJ6

Officials with the Virginia Aquarium's Stranding Response Program want to remind viewers that it is illegal to attempt to rescue marine life, regardless of the circumstances.

In a statement to News 3, the program coordinator, Alexander Costidis said they will only intervene if a dolphin is physically trapped in an area.

According to News 3's Merris Badcock, the dolphin beached itself for a second time around 4:30 pm.

The mammal was thought to have veered off from the river and was seen bobbing up and down, prior to stranding itself.

Two members of the Virginia Aquarium Stranding Response Team were on the scene. 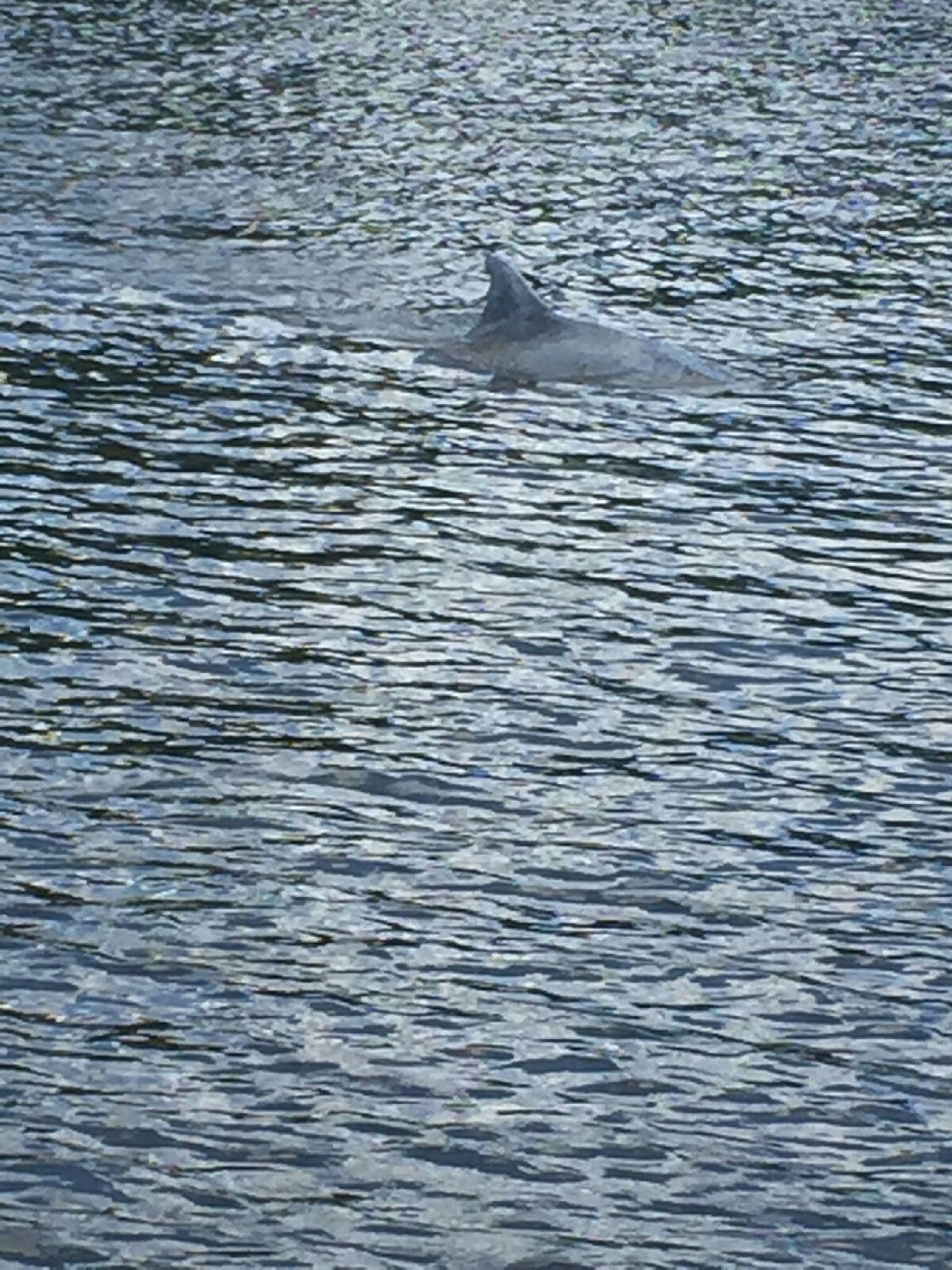