Bob’s Turkey Farm posted on Facebook that the turkeys killed were between the ages of one day and three weeks.

“We spend day in and day out feeding, watering, nurturing and growing these animals and to say we are jolted by the loss of so many lives is not enough,” the company, based in Lancaster, Massachusetts, said.

The poults, as the young turkeys are called, have special needs, including heat and special feed to survive, the farm said, which is why there were so many in one barn. About 2,600 had just hatched Thursday morning. 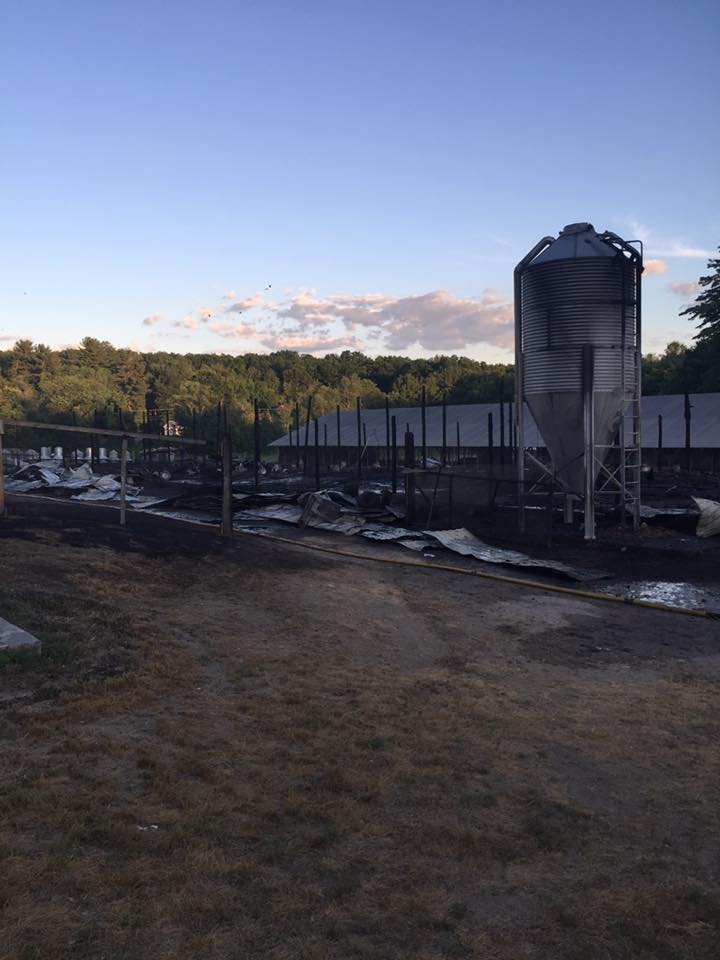 The turkeys were to be sold during the Thanksgiving season, farm workers said.

CNN affiliate WHDH reported the barn, which was built in 1957, was as big as a football field.

Chief Michael Hanson of the Lancaster Fire Department told the Boston-based station that his firefighters initially concentrated on protecting two other barns with turkeys in them. He told CNN affiliate WCVB the fire was too big for the water they had in their trucks.

The cause of the fire was unknown as of Thursday night, according to CNN affiliates.

The company’s website says there were about 10,000 turkeys at its farm in Lancaster, and 3,000 at a farm in Ashburnham. The family-owned business was started in 1954.

No people were injured in the fire.