A stroll with friends through New York’s Central Park ended in a horrific accident, with a University of Miami student severely injuring himself.

Shortly before 11 a.m. Sunday, Connor Golden, 18, and two friends jumped off a rock in the park, setting off an explosion that nearly blew off Golden’s leg. The three landed on an explosive device that had been left in the park. The other two were uninjured.

Police are trying to figure out how the explosive device got in the park. They have said they do not believe the three men played any role in the construction of the device that went off.

Roberta Elizabeth Golden, the Virginia teen’s grandmother, told CNN affiliate WJLA-TV that he had undergone an operation and his parents were at his side. “The surgery was to remove his foot. And he will have a second surgery to remove farther up his leg, as I understand it, under his knee, and that will be done, as I understand it in a few days,” she said.

She described her grandson as an active, ambitious young man. “Some people say, ‘Well, they’ll have prosthetics,’ and you know he’s eager for everything else, but his life will never be the same,” she told the TV station in Washington.

Responding to the explosion, the student’s school issued a statement Monday identifying Golden: “The University of Miami’s thoughts and prayers are with Connor Golden as he recovers from this horrific accident that took place in Central Park Sunday morning. We will provide Connor and his family with complete support through his recovery and rehabilitation.”

A preliminary investigation suggests the explosion was an “experiment with fireworks or homemade explosives,” Deputy Chief John O’Connell said at a news conference Sunday afternoon. 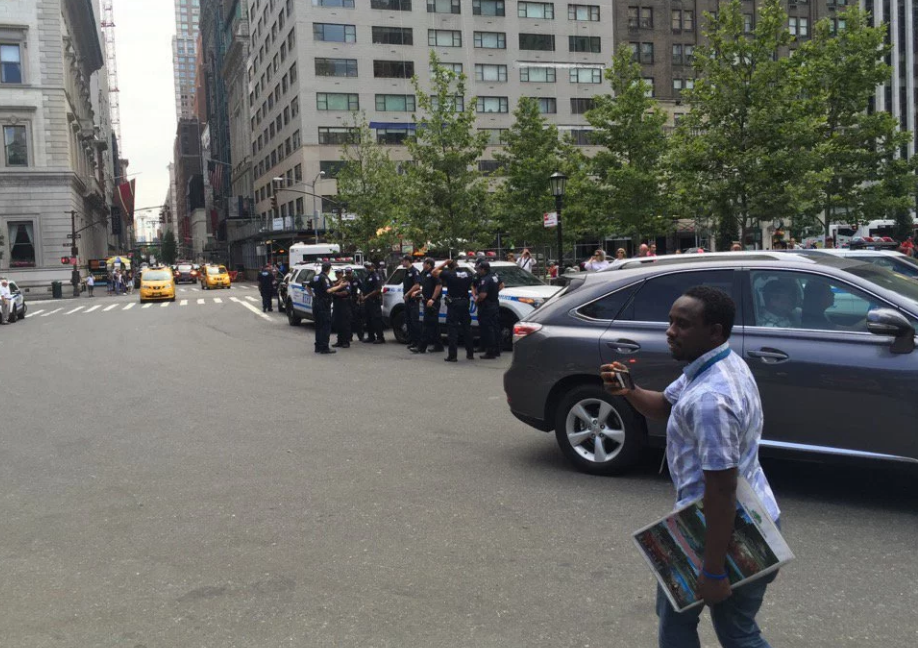 “We do not have any evidence of a constructed device or commercial-grade fireworks,” he said. “There are no specific, credible threats directed at New York or the July Fourth celebrations.”

He said it wasn’t unusual for people to try and make homemade fireworks around the Fourth of July, but he cautioned that such activity is “completely unadvisable.”

Witnesses said the sound of the blast rippled through the park like a “cannon,” scaring birds off trees. Some assumed it was a firework given the holiday weekend.

Nonetheless, the blast rattled New Yorkers, especially in the wake of recent acts of terror in the United States and elsewhere.

He estimated that the explosive had been in the park for more than a day.

Torre said someone may have tried to set the device off earlier and left it behind when it didn’t appear to work.

He added that “there’s nothing to indicate that this was an explosive device that was placed or put in this area with a specific intent to harm any individuals.”