A second video showing the shooting death of Alton Sterling, a black man shot several times while being held on the ground by police outside a Louisiana convenience store, was posted online Wednesday as federal authorities took charge of the investigation and local officials asked residents to keep their protests peaceful.

The video, obtained by CNN, shows another angle and was recorded closer to the shooting by one of two white Baton Rouge police officers who were answering a 911 report of a man with a gun. It is the second of two bystander videos that show the encounter. One posted online Tuesday night quickly sparked local protests and drew national attention.

In the new 38-second recording, Sterling is already on the ground, on his back. One officer is kneeling to Sterling’s left. The other officer appears to be straddling Sterling’s legs. Sterling can be seen from the chest up and his lower legs are also visible. His left arms and hands are not visible; his right arm is by his side.

After gunshots are heard, the camera pans to the right then back to Sterling, who has a large blood stain on his chest. The officer who was on his legs now lies on the pavement above Sterling’s head, his gun pointed.

The officer radios for an ambulance. As Sterling moves his left arm toward his face and then his chest, the other officer appears to remove something from one of Sterling’s right pockets. Baton Rouge Police Chief Carl Dabadie Jr. said Sterling was armed at the time he was killed and one witness said the officer removed a gun from Sterling’s pocket.

Sterling, a 37-year-old man who sold CDs and DVDs outside the store, died of his wounds. The officers involved in Tuesday’s shooting — Blane Salamoni and Howie Lake II — have been placed on administrative leave. A source close to the investigation told CNN the officers were interviewed Tuesday night. 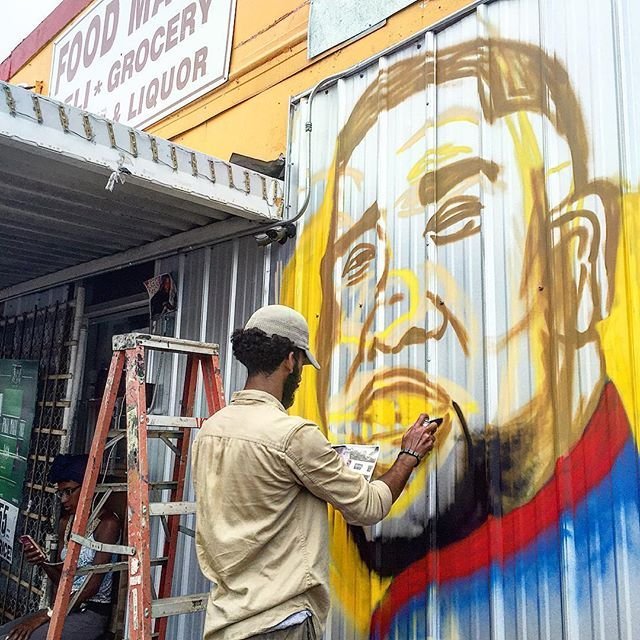 The second video emerged on a day in which Baton Rouge and Louisiana officials said the investigation into Sterling’s shooting would be led by federal authorities.

The revelation also came as a vigil for Sterling was held outside the convenience store and city officials met with residents of Baton Rouge.

The U.S. Justice Department’s Civil Rights Division is leading an investigation into what happened. The U.S. attorney’s office in Baton Rouge, the FBI and state police also will be involved in the investigation, Gov. John Bel Edwards said.

Tensions are running high in the city of 238,000 people as officials vowed to be transparent about how they handle the controversial case that has sparked vigils in cities around the country.

“I think that the city is going to have to give us some good answers,” Jordan, who is a Louisiana state legislator, told CNN. “And I don’t know if they’ll be able to.”

Quinyetta McMillon, the mother of one of Sterling’s children, teared up as she discussed the first shooting video. Her 15-year-old son stood beside her, sobbing.

A police incident report says Sterling was shot by one of the officers, but doesn’t specify which.

Edwards called for calm and unity, saying he has “very serious concerns” after watching the video.

At 48 seconds, the first video is longer and begins with the camera facing a car dashboard as the three men stand near the vehicle. A single pop is heard. Then someone yells, “Get on the ground.”

More yelling follows, though it’s hard to make out what’s being said. Then there are two bangs.

“If you have any information, we urge you to come forward,” the police chief said Wednesday.

There also is police body camera footage of the shooting of Sterling — even though the cameras were dislodged — Baton Rouge police Lt. Johnny Dunham told reporters. The cameras continued to record, he added.

“That footage may not be as good as we hoped for,” Dunham said.

Authorities haven’t said what those police videos or other surveillance footage of the scene show.

A source involved in the investigation told CNN that none of it is nearly as clear as two bystander videos. The source also told CNN the witness who called 911 said Sterling was “brandishing a gun,” not pointing it at someone.