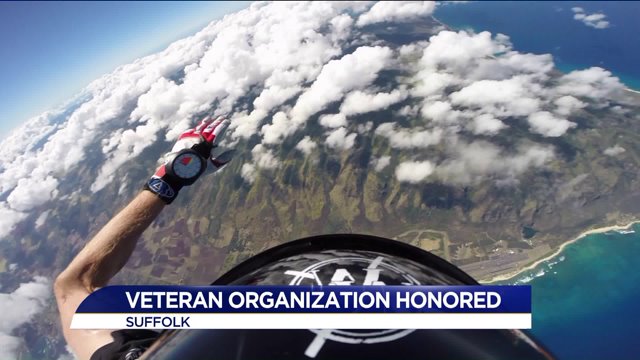 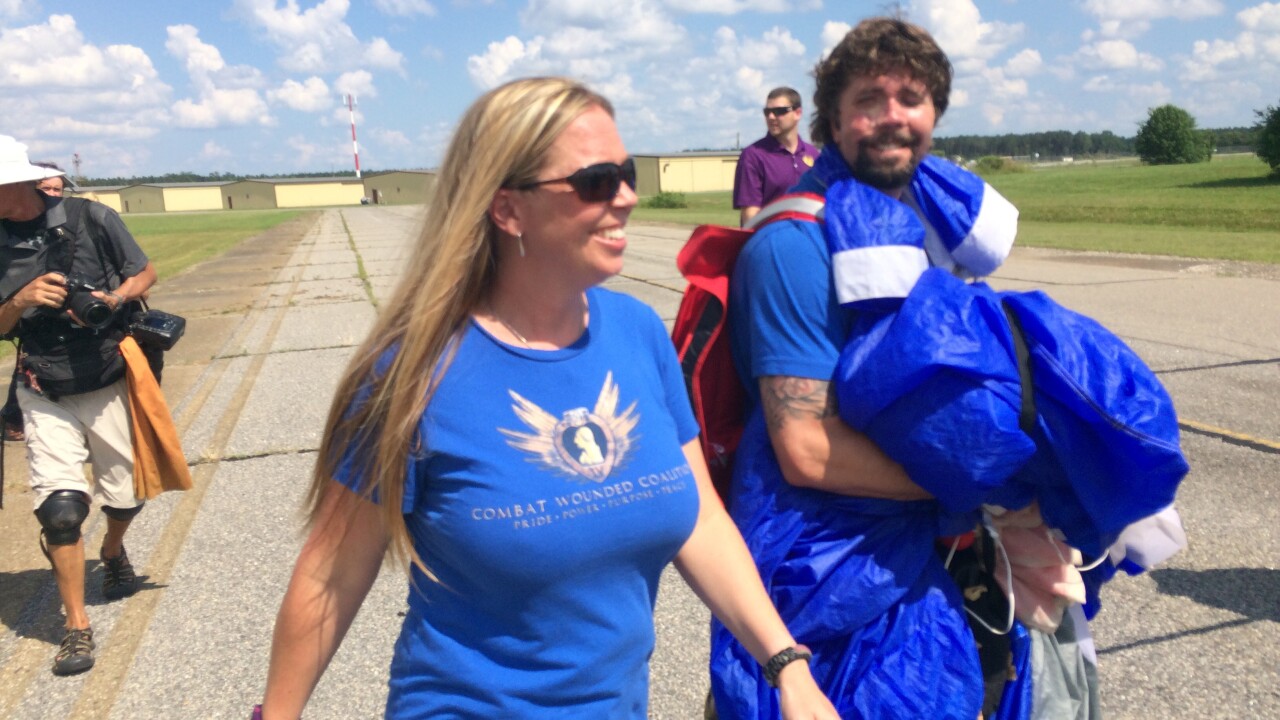 The momentous occasion was follow up by a dedication ceremony, surprising Redman by officially naming the NASCAR Brickyard 400 race after the veteran's organization; Combat Wounded Coalition. Crown Royal, official sponsor of the race, donated $10,000 to CWC.

Redman has devoted his post-military career to strengthen wounded warriors, giving them a sense of purpose and belonging now that their military days are over.

In 2007 Redman was shot 8 times during an attack in Iraq. Some of the bullets hit his face and sent Redman into surgery, recovery and rehabilitation. He told News 3 that although the road to recovery was long, he was able to get through it and now empowers other vets to get out there and live.

Many of the veterans that have jumped with Redman in the past are amputees, but onlookers agree that the look on their faces says it all. The jumps are therapeutic.

Redman is the owner of Combat Wounded Coalition home of Wounded Wear. He has written a novel about his military career and the journey thereafter. He said the dedication means so much to him, but also to the other wounded veterans and the families of those service members who did not get to come home.