VIRGINIA BEACH, Va. - Three Virginia Beach Firefighters were taken to the hospital for heat-stress Thursday while battling a two-alarm fire at a storage facility in the 1400 block of Southern Boulevard.

The fire happened at Oceana Self Storage, which is located at 1444 Southern Boulevard. Calls reporting the fire came in at 10:53 a.m.

It took fire crews more than an hour to get the fire under control. 11 Virginia Beach Fire companies responded.

Fire crews took extra caution due to the extreme heat. Cooling tents were set up and multiple units responded to the scene to allow crews to take breaks.

Master Firefighter Mark Hundley described what battling the fire in the heat felt like to News 3's Todd Corillo.

"If you stuck your head in the oven. That is a good comparison. So three or four-hundred degrees. When you're dealing with the heat coming off the fire, just in the gear I mean we are already at almost 100 degrees alone with our body temperature. Then you increase that. It definitely plays on your mind."

Three firefighters were transported to Sentara Virginia Beach General Hospital for heat-stress but were treated and released.

"Flames you know small explosions. Small propane bottles, stuff like that popping off. Just engulfing the air with smoke and flames. It was pretty large for what it was."

Smoke from the fire, which happened not far from Naval Air Station Oceana, could be seen billowing into the air for several miles.

Virginia Beach Fire officials are still working to determine the cause of the fire. 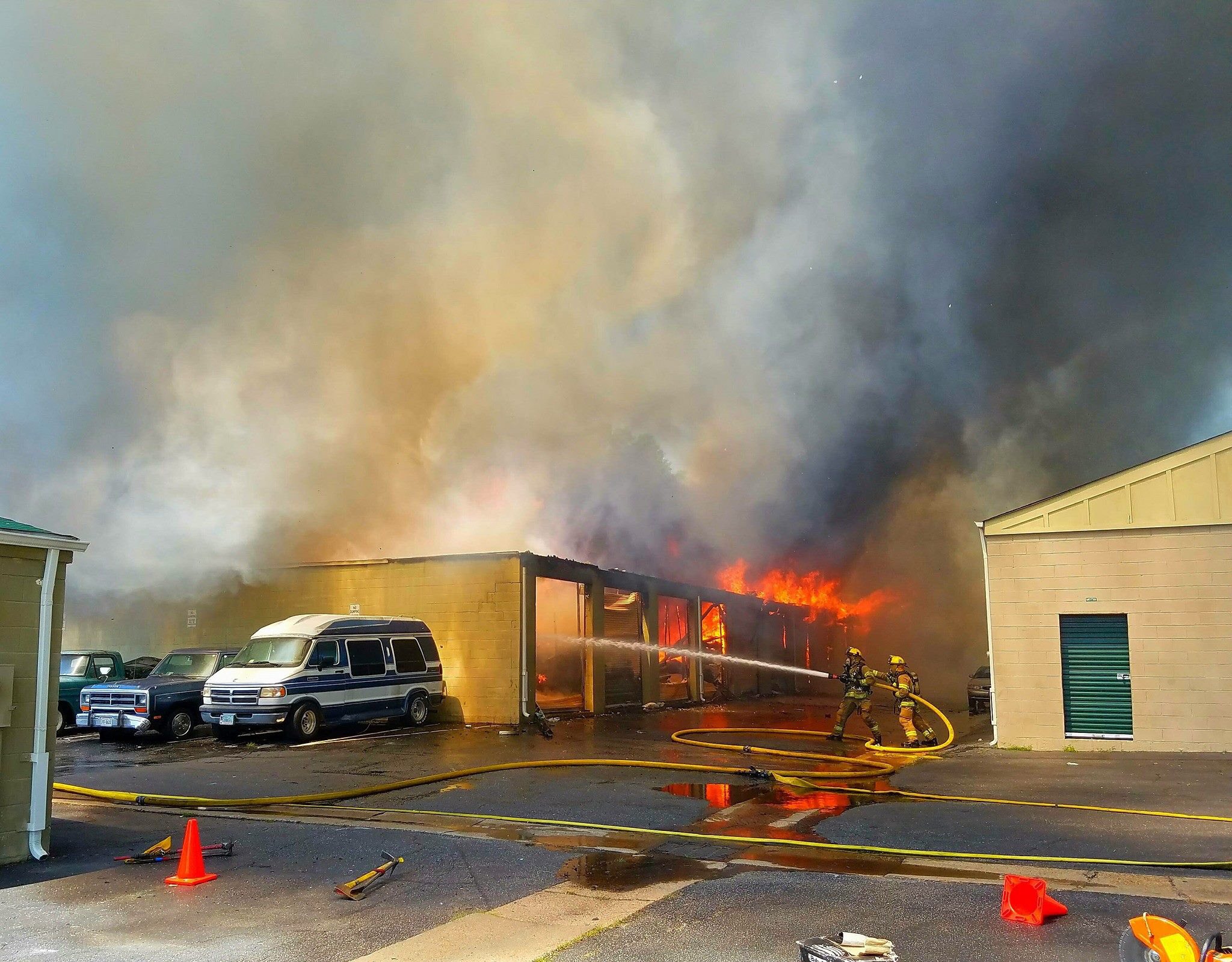