Trump thanked law enforcement at the start and said he is, "going to fight to make sure every citizen has a safe home, safe school and safe community," before moving on to veterans issues, which was the main focus of his speech.

He unveiled a 10-point plan, including calling for more healthcare choices for veterans and more powers for the secretary of the Dept. of Veterans Affairs.

"We're going to ensure every veteran in America has the choice to seek care at the Veterans Administration or to seek private medical care, paid for by the government," said Trump.

Trump used teleprompters to deliver the speech to the room of supporters. He did still include several attacks on Hillary Clinton, especially about her email scandal. "Either she's a liar or grossly incompetent," Trump said. "It's probably both."

New Jersey Gov. Chris Christie introduced Trump. He is considered a possible vice-presidential pick, but there was no mention of that on Monday.

Trump said the original focus of the speech was going to be on veterans, but after last week's attack on police officers in Dallas included that as well. "The attack on our Dallas police is an attack on our country," he said.  "Our whole nation is in mourning."

This is not the first time Trump has visited Hampton Roads since hitting the campaign trail.

He spoke at Regent University in February and at Nauticus in Norfolk in November 2015.

Prior to Trump's speech, a group of veterans who support Hillary Clinton spoke about Trump's views on vets.

Before and during the event Trump supporters, protesters and Black Lives Matter activists gathered outside. 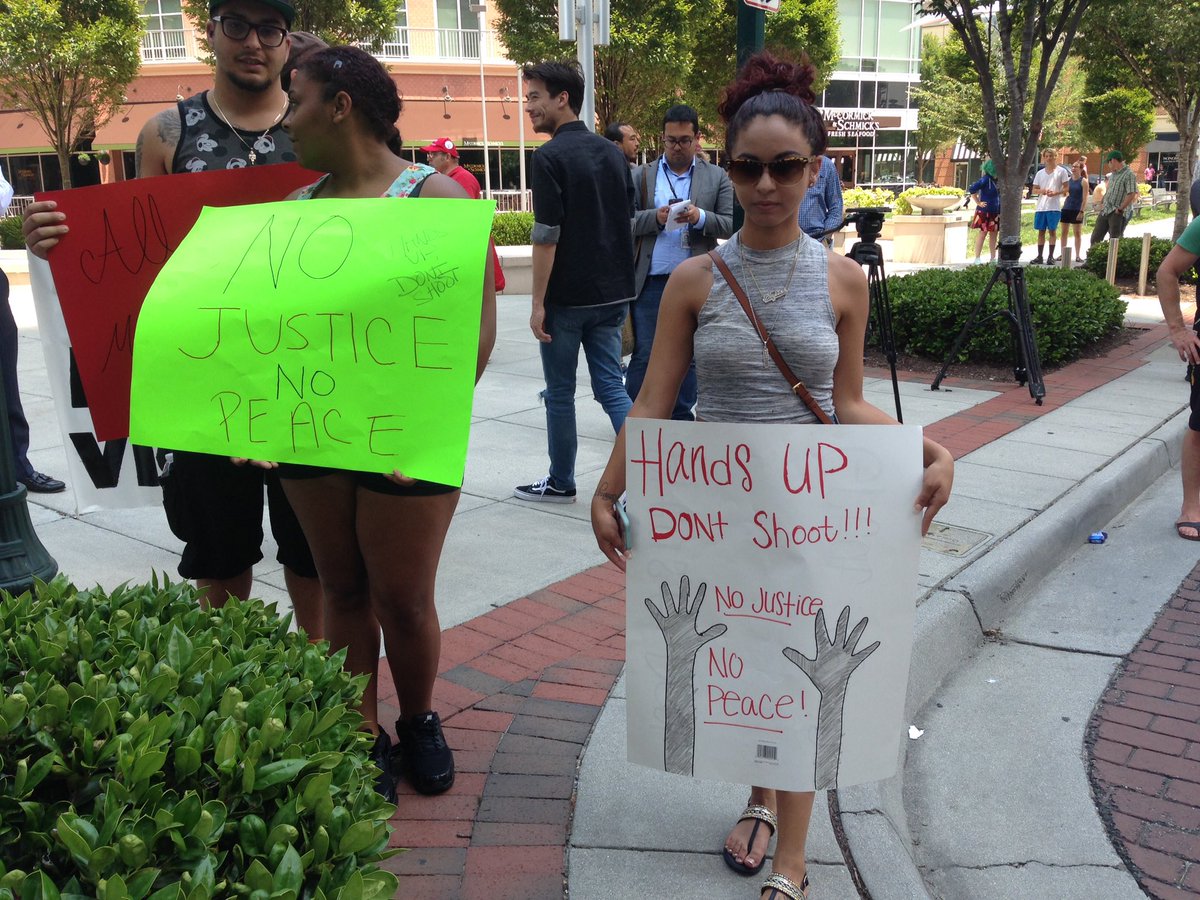 Click here for complete coverage on the 2016 Presidential election.