Both directions were opened back up just before 10:30 p.m.

According to Portsmouth Police, the protesters dispersed when officers told them their protest was an unlawful assembly and if they did not leave they would be arrested.  Police say the protesters left peacefully and no one was arrested.

Protesters took to the streets in six area cities just before 8 p.m. to march against alleged police misconduct.

The Facebook group BlackLivesMatter757 promoted the rally on social media.

According to their Facebook page, the group wants to "put an end to the bullying via the badge."

Several police departments in the area said they were aware of the rallies and were ready to respond if needed.

No arrests were reported. 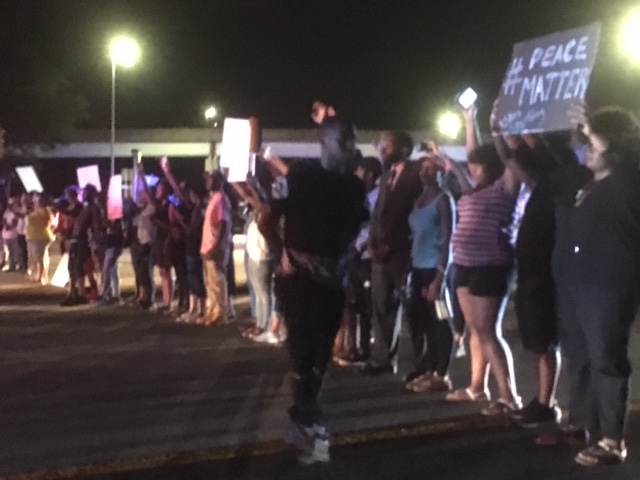