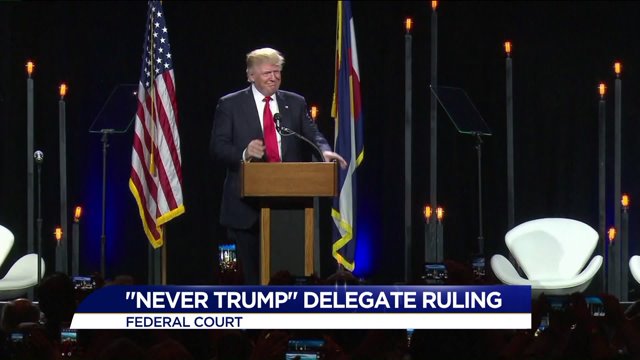 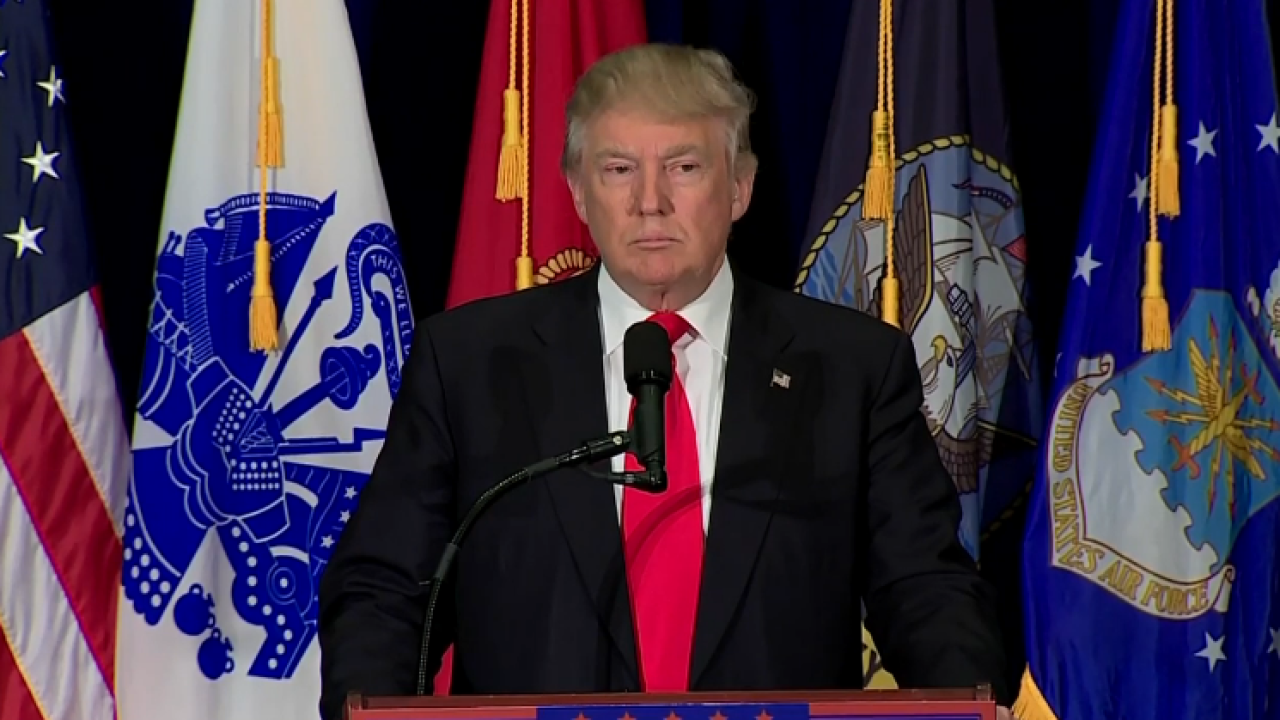 The same day Donald Trump spoke in Virginia Beach, a District Court ruled in favor of Beau Correll, who is fighting to vote against Donald Trump at the Republican National Convention next week.

The decision is a win for anti-Trump delegates, but it only removes one hurdle in their attempt to break free from voting for Trump.

The decision strikes down Virginia's ability to fine any delegates that don't vote with the primary's results, but it says nothing about whether the Republican Convention delegates will adopt rules mandating delegates adhere to primary results -- the biggest challenge in their path.

Dr. Jesse Richman, a Political Science Professor at Old Dominion University, says the next step, 28 members of the committee who set rules for the convention, would have to support a conscience clause. Then, they would have to push for a vote from the entire convention.

"The really crucial stage is what happens at the party rule stage," says Dr. Richman.

The ruling only strikes down Virginia's ability to fine Virginia Republican delegates up to $2,500 if they didn't vote for the winner of the state primary.

"It's amazing. This is not just a victory in Virginia for delegates, but this is a victory for delegates all over the country who want to vote their consciences," said Beau Correll, the Republican delegate who filed the suit as part of a broader push by anti-Trump delegates to derail his nomination next week.

Correll said the decision, which removes one tool that party leaders and the Trump campaign had to enforce primary results, will embolden anti-Trump delegates in the other states that have similar provisions. He said, however, that he did not think additional lawsuits were planned in those states.

Dr. Richman says it is just one of several steps that anti-Trump delegates are trying to take to find some way to deny him the nomination.

"It's a really difficult effort to pull off," he says.

Each side sought to spin the ruling as proof they were winning the broader argument over whether delegates will be committed or not to voting for Trump next week.

Trump campaign lawyer Don McGahn said the decision proved their argument that delegates are already committed to voting for Trump.

"The court did not buy what Curly Haugland was selling, and noted that his testimony has no support in the rule's text and was contradicted by his own book, Unbound," McGahn said in a statement.

But Haugland said Monday that the ruling proved his argument that delegates are not bound to voting for any candidate right now.

"We all knew that, didn't we?" Haugland said Monday. "That kind of changes the tune about a lot of these Rule 16 delegate binding proponents."