PORTSMOUTH, N.H. – Hillary Clinton and Bernie Sanders formally declared an end to their political rivalry Tuesday, a moment that couldn’t come quickly enough for the former secretary of state trying to unite Democrats against Donald Trump.

Clinton, the presumptive Democratic nominee, hopes to rev up voters on the left with help from Sanders. The 74-year-old self-described democratic socialist excited the liberal base and won young voters by large margins.

The joint rally in Portsmouth, New Hampshire, is a start in putting to rest Democratic fears of a political nightmare scenario: that Sanders might sit on his hands in the general election — or worse, run as a third-party candidate on the left.

Clinton aides are confident that Sanders could be the former secretary of state’s most potent weapon against Trump.

Trump has sought to appeal to Sanders supporters, saying he better represents Americans angry at the political establishment than Clinton does. Clinton sees Sanders as someone who can capture those who might be attracted to Trump, especially in states he won such as New Hampshire, Michigan and Wisconsin.

Tuesday’s event is the byproduct of weeks of conversations between Robby Mook, Clinton’s campaign manager, and Jeff Weaver, Sanders’ top and most trusted aide.

Aides and advisers said that while Sanders and Clinton’s June meeting in Washington, D.C., laid the groundwork for the New Hampshire event, it was Mook and Weaver who made the cooperation between the campaigns possible. After Clinton and Sanders left their meeting at the Hilton, Mook and Weaver stayed for two hours to discuss how to work together.

The two campaign managers would continue to talk daily, a Clinton aide said, and Mook traveled to Burlington, Vermont — where Sanders’ campaign is headquartered — last month so that the two could meet at the Farmhouse Tap and Grill to continue their work together.

Related: Bernie Sanders: ‘No, I do not hate Secretary Clinton’

With Mook munching on a salad and Weaver eating a burger, the two hammered out how Clinton and Sanders could come together for an event like Tuesday’s rally – and how the rivals could work together going forward.

Mook also began working directly with Jane Sanders, the senator’s wife, in the lead up to policy Clinton’s announcements on college affordability and healthcare that moved her closer to Sanders’ positions.

“I’m assuming that he is not just going to say ‘I endorse her,’ but explain to many of those that voted for him why given the values that he’s stood for, voting for Hillary Clinton over Donald Trump is obviously the thing to do,” Frank said.

But converting all Sanders fans may be impossible.

“Given, frankly, some of the criticism that he made, I think it will take work to get all of them there,” Frank said. 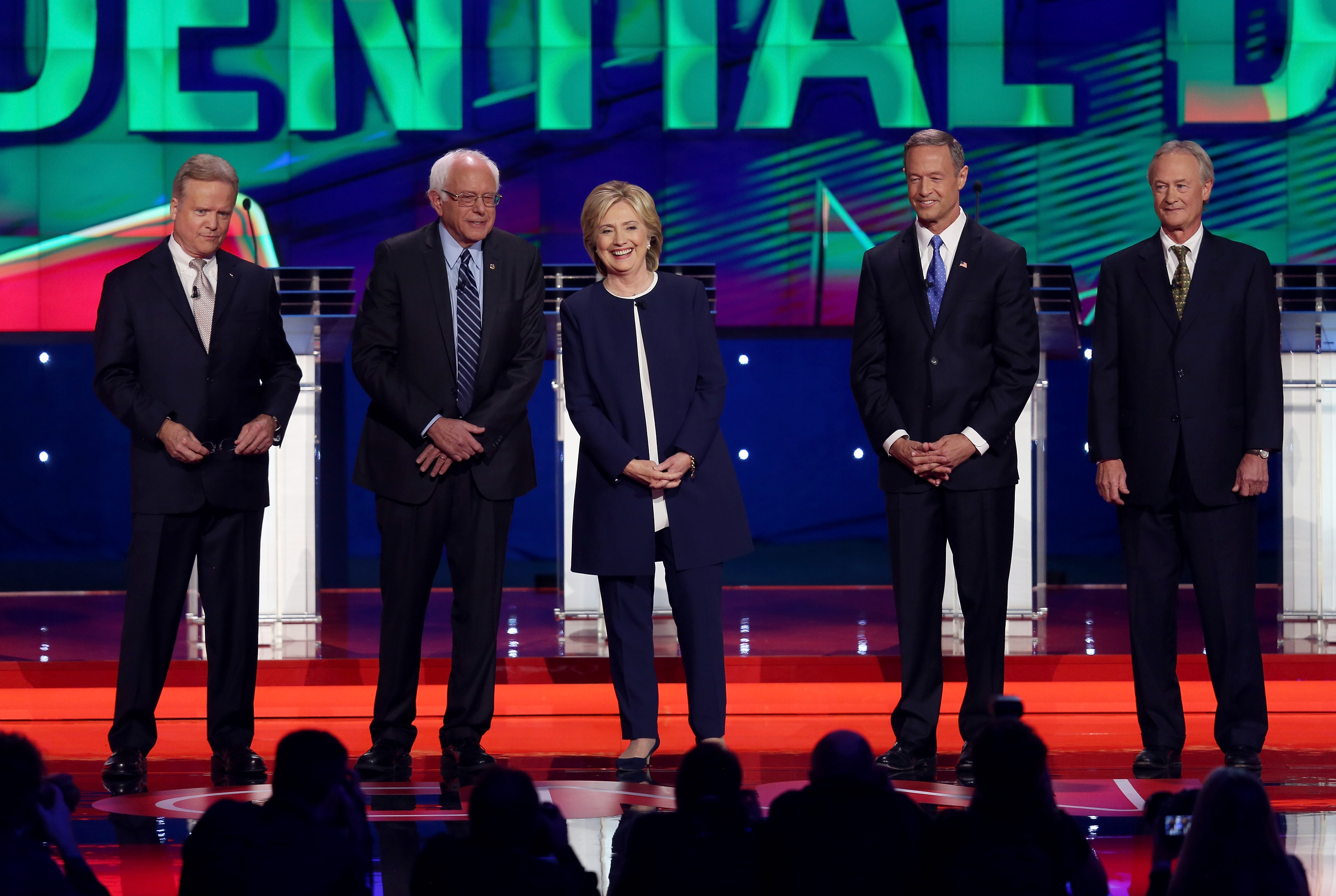 Clinton efforts to appeal to liberals

Sanders’ endorsement, coming just two weeks ahead of the Democratic National Convention in Philadelphia, has been elusive for Clinton long after she clinched the nomination. For weeks, Sanders refused to concede, continuing to hold rallies and advocate for his agenda, rattling Democrats eager to begin the general election.

But with the primary season firmly behind her, appeasing liberals with the help of Sanders and popular Democrats like Massachusetts Sen. Elizabeth Warren and Ohio Sen. Sherrod Brown is now just one piece of her broader challenge of winning over large swaths of the general election electorate, including independents.

Clinton’s final victory over Sanders comes at the end of a long campaign in which she repeatedly moved to accommodate him and the liberal activists behind his campaign. She reversed her position on sensitive political issues like the Trans-Pacific Partnership trade deal and the Keystone XL Pipeline — two projects that progressive staunchly oppose.

And last week, Clinton announced a new college affordability plan that mirrored Sanders’ proposals. It proposes tuition-free enrollment in public in-state colleges for families making up to $85,000, with the income benchmark increasing to $125,000 over the course of several years.

Sanders also was able to win concessions from Clinton for language in the Democratic party platform last weekend in Orlando, including a provision calling for a $15-an-hour federal minimum wage.

“We got 80% of what we wanted in this platform,” Warren Gunnels, a top Sanders foreign policy adviser, told CNN.

The perception that Sanders has dragged his feet — and forced Clinton to move left in a protracted primary race — has frustrated some Democrats.

Related: Sanders says he will vote for Clinton in November, but not ready to endorse her

“The idea of trying to extract concessions out of the nominee when we’re going to be in a brutal fight against he most unqualified Republican nominee ever was not helpful,” Kessler said. “The middle is where this is going to be fought. So any time that the candidate is being pressed to move to the left, you have to ask: am I going to lose votes in the center?”

One Clinton confidant acknowledged that while Tuesday’s event will not be a “panacea” to everything that was said during the primary, everyone involved expects Sanders to be “gracious enough.”

Sanders’ announcement also marks the senator’s decision to join the political establishment rather than shun it. Throughout the primary season, Democratic leaders feared that Sanders would go rogue with his political revolution and launch a third party campaign.

In an interview with CNN on Monday, Stein expressed her disappointment and warned that many Sanders supporters will not jump on Clinton’s bandwagon.

“There are a lot of unhappy campers out there who will not follow Sanders back into the graveyard of the Democratic Party,” Stein said. “A revolution that goes back under Hillary Clinton’s wing is not a revolution.”