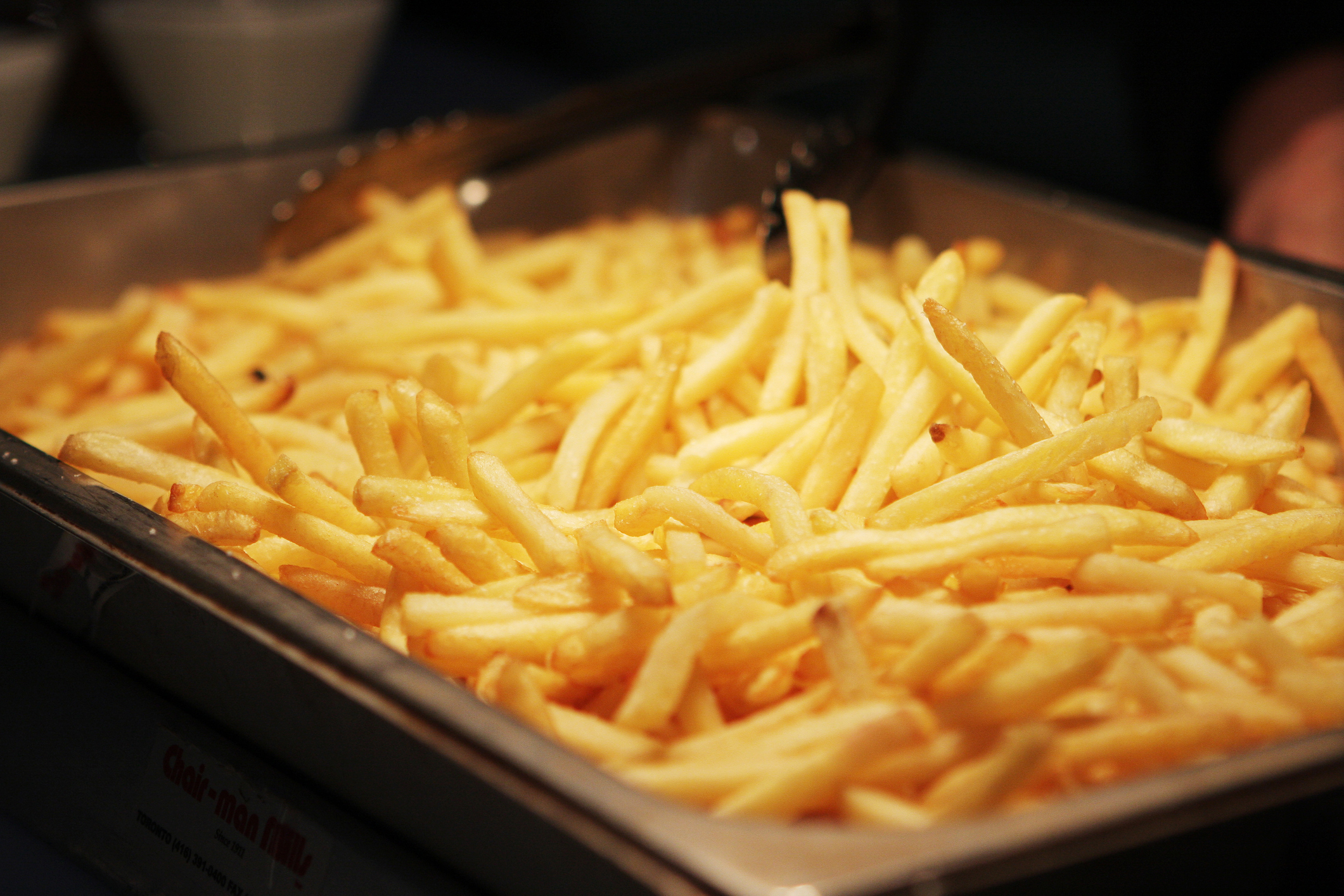 It’s time for these delectable little finger foods to have their day in the sun! Whether you’re a sweet potato fry or traditional potato fan-today is your day.

French fries, despite their name, are actually a Belgian creation.  Though the Spanish discovered potatoes, and Ireland is the most known for them, Belgians were the first to fry them somewhere in the 17th century.  Frying fish was highly popular in the area already, so when the rivers froze in the winter, Belgians replaced the sliced fish with sliced potatoes.

The French would hardly use the potato for anything else other than to feed their pigs.  According to TodayIFoundOut.com, in 1748, the French Parliament even banned cultivation of potatoes as they were convinced potatoes caused leprosy.

Thankfully for us in the 21st century, potatoes and all their forms are freely available and too tasty for just the pigs.

Try some garlic fries, chili cheese fries, or even potato wedges if you want to get crazy!  Or, if you’re not about eating a ton of french fries, just watch this blindfold test with wild varieties of today’s national food.

Here are a few deals at restaurants, according to GoBankingRates.com: