A crash in the eastbound tube of the Hampton Roads Bridge Tunnel caused two cars to catch on fire.

The crash occurred about 3/4 of the way inside of the eastbound tube.

According to police, a 2005 Volkswagen Passat hit the rear of a 2015 Acura. As a result of the collision, the Acura caught fire. The Passat also caught fire.

Traffic was completely stopped due to the smoke inside of the tunnel.

About 70 to 80 drivers stopped in the tunnel got out of their vehicles and had to leave their cars inside. According to Hampton Division of Fire and Rescue, approximately 35 vehicles were in the tunnel at the time of the fire. 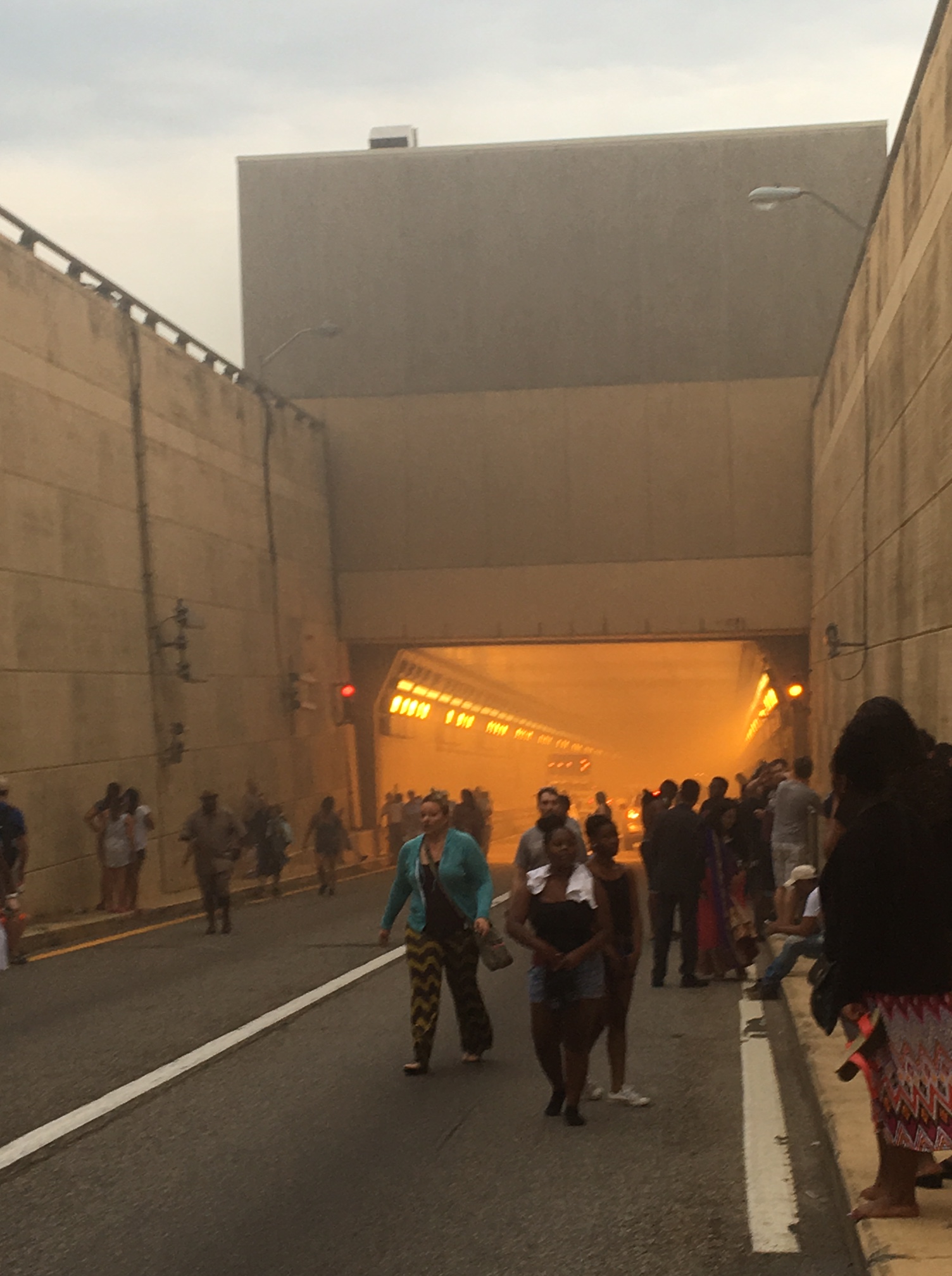 A News 3 Facebook fan posted this video to our page:

Approximately nine people were treated for smoke inhalation. Four of those people were taken to the hospital. No firefighters were injured.

The driver of the Passat, Joseph Fernandez, was charged with following too closely.

VDOT conducted an inspection of the tunnel before allowing traffic to resume.

There was major to moderate damage to the walls of the tunnel and the vehicle engulfed was destroyed. There will be some lane closures at night to make repairs. VDOT is also now reviewing how it handled the crash.

You can check the latest traffic conditions here.