A Missouri man ambushed and killed three law officers and wounded three others in Baton Rouge on Sunday during a time when police nationwide and in the Louisiana city in particular have been on high alert after five officers were killed in a Dallas ambush July 7.

Louisiana State Police announced last week that they had received credible threats of lethal plots against Baton Rouge police and had arrested three men and a 13-year-old boy.

On Sunday, a man identified as Gavin Long of Kansas City went on a shooting rampage on his 29th birthday that left two police officers and a sheriff's deputy dead, police sources said. Long, who was African-American, was a former Marine who spent time in Iraq and was discharged at the rank of sergeant in 2010, according to the U.S. military.

Montrell Jackson, Matthew Gerald and Brad Garafola are the names of the three law enforcement officers killed in the shootout, according to sources close to the department and corroborated with social media posts. Jackson's aunt confirmed his death earlier. "Today isn't going too well," she said.

Montrell Jackson had posted on Facebook on July 8 how physically and emotionally drained he had been since protests had erupted in Baton Rouge after the July 5 killing of Alton Sterling by police. He stressed his disappointment at "some family, friends, and officers for some reckless comments."

"But hey, what's in your heart is in your heart. I still love you all because hate takes too much energy, but I definitely won't be looking at you the same," the post read.

"I swear to God I love this city, but I wonder if this city loves me. In uniform I get nasty, hateful looks and out of uniform some consider me a threat. I've experienced so much in my short life and these last 3 days have tested me to the core. When people you know begin to question your integrity, you realize they don't really know you at all. ... These are trying times. Please don't let hate infect your heart."

Calls for end to violence

Police officers who responded to Sunday's shootings killed Long in a gunbattle after the other officers were ambushed, police sources told CNN.

Quinyetta McMillon, mother of Sterling's son Cameron, put out a statement through her lawyers condemning the ambush.

"We are disgusted by the despicable act of violence today that resulted in the shooting deaths of members of the Baton Rouge law enforcement. My family is heartbroken for the officers and their families. ... We reject violence of any kind directed at members of law enforcement or citizens.

My hope is that one day soon we can come together and find solutions to the very important issues facing our nation rather than continuing to hurt one another."

President Barack Obama on Sunday condemned the killings and all attacks on law enforcement.

"We as a nation have to be loud and clear that nothing justifies violence against law enforcement," Obama said, speaking from the White House press briefing room. "Attacks on police are an attack on all of us and the rule of law that makes society possible." In a written statement earlier in the day, Obama called the Baton Rough shootings a "cowardly and reprehensible assault." 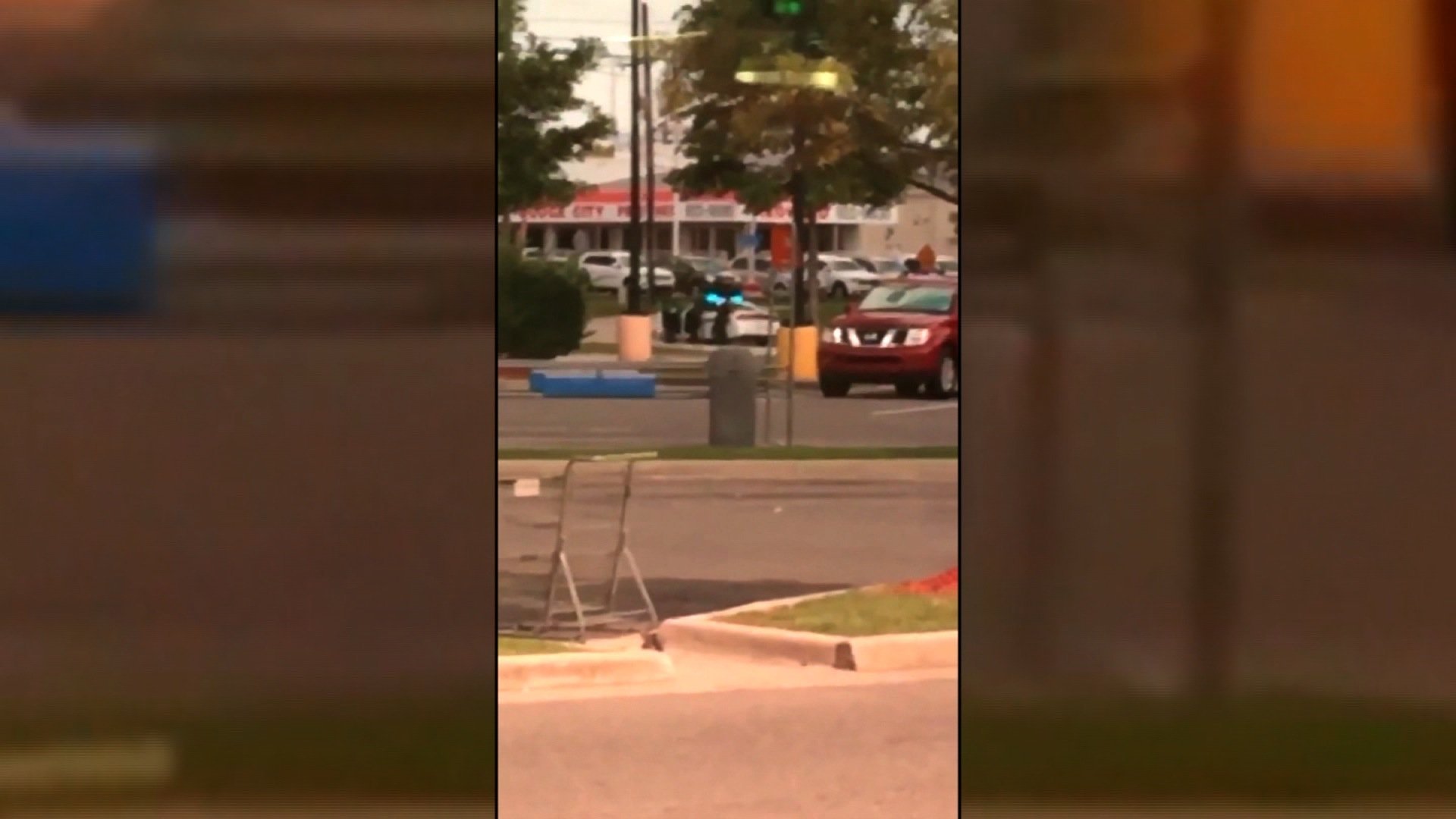 On Sunday, police received a call of a "suspicious person walking down Airline Highway with an assault rifle," a source with knowledge of the investigation told CNN.

When police arrived, the shooting began.

By noon, authorities had secured the scene and were making sure there weren't any explosives left behind.

At an afternoon news conference, local and state authorities, including Louisiana Gov. John Bel Edwards, said Long was thought to be the lone gunman. Earlier reports had said authorities believed there might have been more than one attacker.

Long was wearing all black and was wearing a mask, Baton Rouge Police Department Sgt. Don Coppola said. Coppola said he did not know what the mask looked like, but that it was "some type of mask to conceal (the shooter's) identity."

Long also went by the name Cosmo Setepenra, and had at least two websites where he described himself as a "Freedom Strategist, Mental Game Coach, Nutritionist, Author and Spiritual Advisor," according to a CNN review of the websites.

In addition, Long followed several conspiracy groups devoted to government surveillance and monitoring. CNN found that an email address linked to Long showed he was a member of a support group in an organization called Freedom from Covert Harassment and Surveillance, whose mission is to help those "Marginalized and abused by... Remote Brain experimentation, Remote Neural Monitoring of an entire Humans Body."

Police had been on alert

Since the shooting death of Sterling by Baton Rouge police, the department has worried about threats against officers.

It has been an emotionally charged few days across the country because of the protests stemming from the Sterling shooting and the shooting by police of Philando Castile in Minnesota, plus the ambush on Dallas police officers in which a sniper killed five officers.

"This is an unspeakable and unjustified attack on all of us at a time when we need unity and healing," Edwards said Sunday in the hours after the Baton Rouge shooting.