It’s been a part of the rural American landscape for decades and, now, the pickup truck is finally getting honored with a postage stamp. Four of them, actually.

The United States Postal Service’s pickup stamps will feature four classic American trucks: the 1938 International Harvester D-2, the 1953 Chevrolet pickup, a 1948 Ford F-1 and a 1965 Ford F-100. Each will be illustrated on a “Forever” postage stamp. 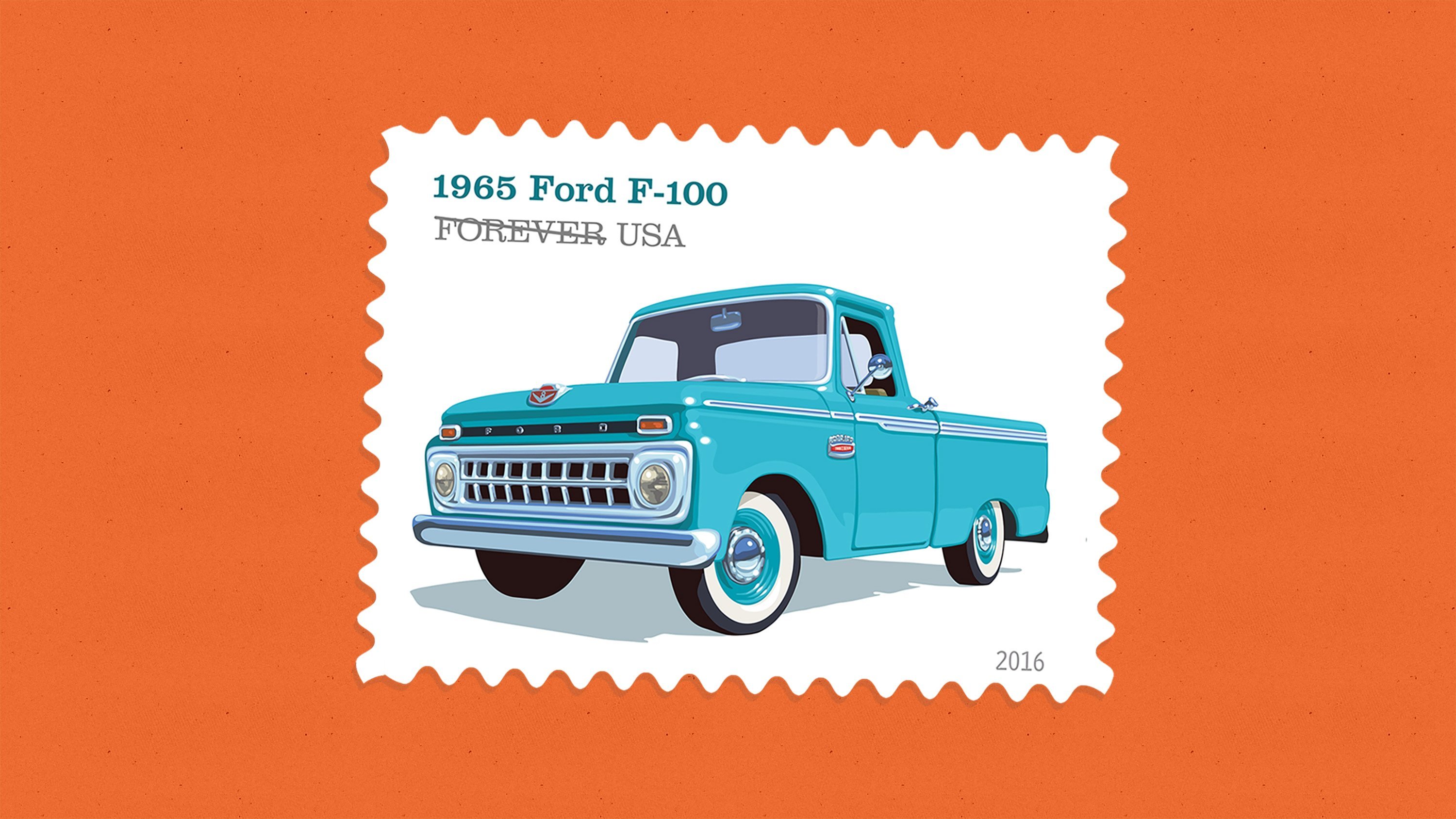 “For the significant contributions pickup trucks have made in molding this country’s landscape and revolutionizing how we transport ourselves and our goods, we proudly honor these four iconic trucks,” USPS Executive Vice President Jeff Williamson said in a statement.

The earlier pickup-style vehicles modified passenger cars with their back seats removed and replaced with flat cargo beds. Before long, in the early 1900s, automakers were building pickup trucks at the factory. You could buy a Ford pickup as early as 1905, before the Model T was even available.

It was pickup variants of the popular Model T that really cemented the truck’s role as America’s workhorse. Before long, they were a crucial part of the American auto business. Today, the most popular vehicles in America, by sales volume, are pickups led by the Ford F-series and General Motors’ Chevrolet Silverado and GMC Sierra. Japanese automakers like Toyota, Nissan and Honda are also competing in the pickup market.

The root of the term “pickup” isn’t really known. You can pick things up with a car, a van or a box truck, too, but, for some reason, the name has become attached to just this type of vehicle, ones with an enclosed cabin for occupants and an open bed for cargo.