SUFFOLK, Va. – Suffolk Fire & Rescue and Chuckatuck Volunteer Fire Department crews responded to a fire at a single-story home in the 6800 block of Crittenden Road.

Dispatch received the call at 6:36 p.m. on Saturday.

The Chuckatuck Volunteer Fire Department were the first to arrive at the scene at 6:43 p.m.

When crews arrived, they saw heavy fire showing from the front of the home and started an aggressive fire attack. 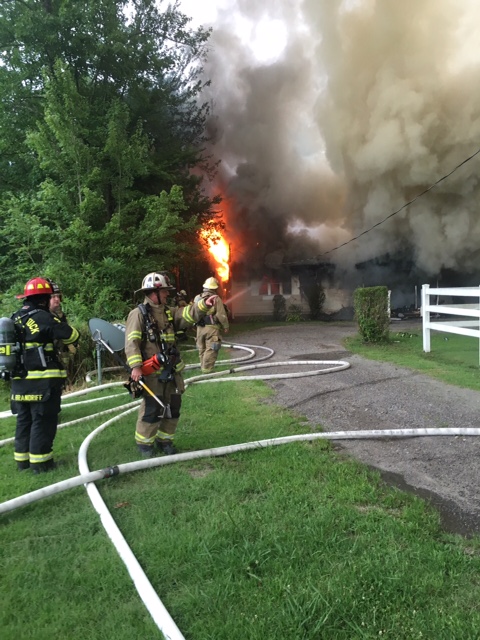 The resident left the house before firefighters arrived. There were no injuries.

Police closed the 6800 block of Crittenden Road in both directions while crews worked to put out the fire.

The structure was declared a total loss. Two adults and three children have been displaced and are being assisted by family.