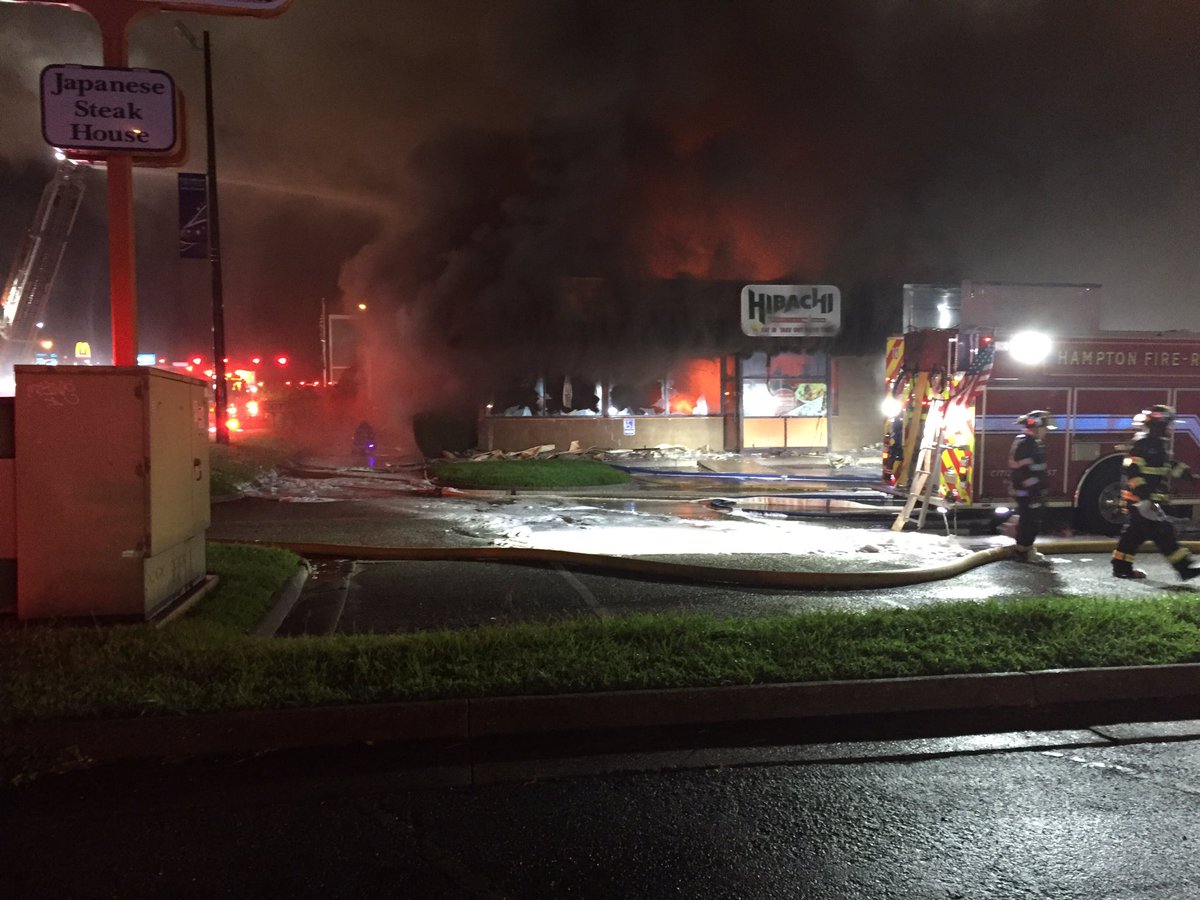 Dispatchers said calls reporting the fire came in around 2:40 a.m.

According to Fire Chief Chittum, when firefighters arrived at Hibachi Express it was fully engulfed in flames and smoke.  He said he doesn’t believe anyone was inside the restaurant at the time of the fire.

Fire officials determined the fire to be accidental, caused by a lightning strike.

The restaurant was condemned and damages were estimated to be $450,000.