NORFOLK, Va. - Police responded to a crash involving a stolen car and a train at 22nd Street and Llewellyn Ave., Wednesday night.

The driver of the stolen Hyundai Sedan refused to pull over for police and crashed into a train, according to police.

Police tried to stop the sedan during the pursuit with emergency equipment, but the driver refused to stop.

The car eventually caught fire but two men in the vehicle were taken out by police before it erupted.

Both men were taken to Norfolk Sentara General Hospital with serious injuries, according to police.

Both are in stable condition at this time and there were no other vehicles involved in the crash.

The train did not derail and was able to continue traveling.

News 3's Kim Cung was at the scene just after police arrived.

Llewelyn Ave is blocked off from 21st and 24th. pic.twitter.com/I3puInKXlP 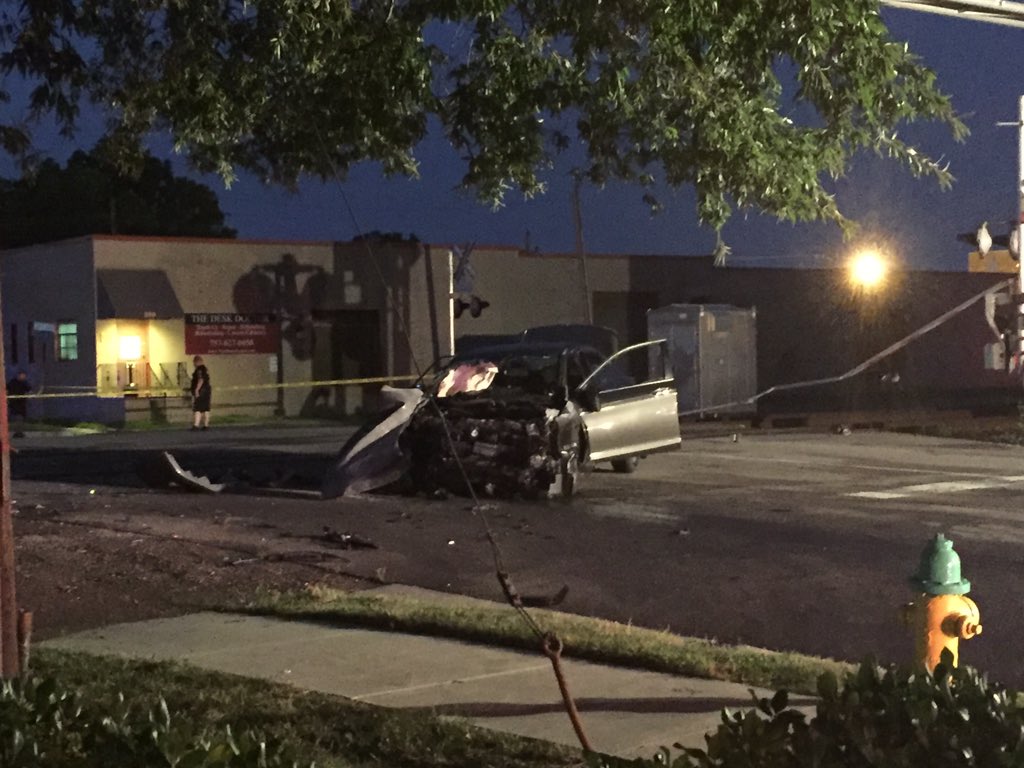