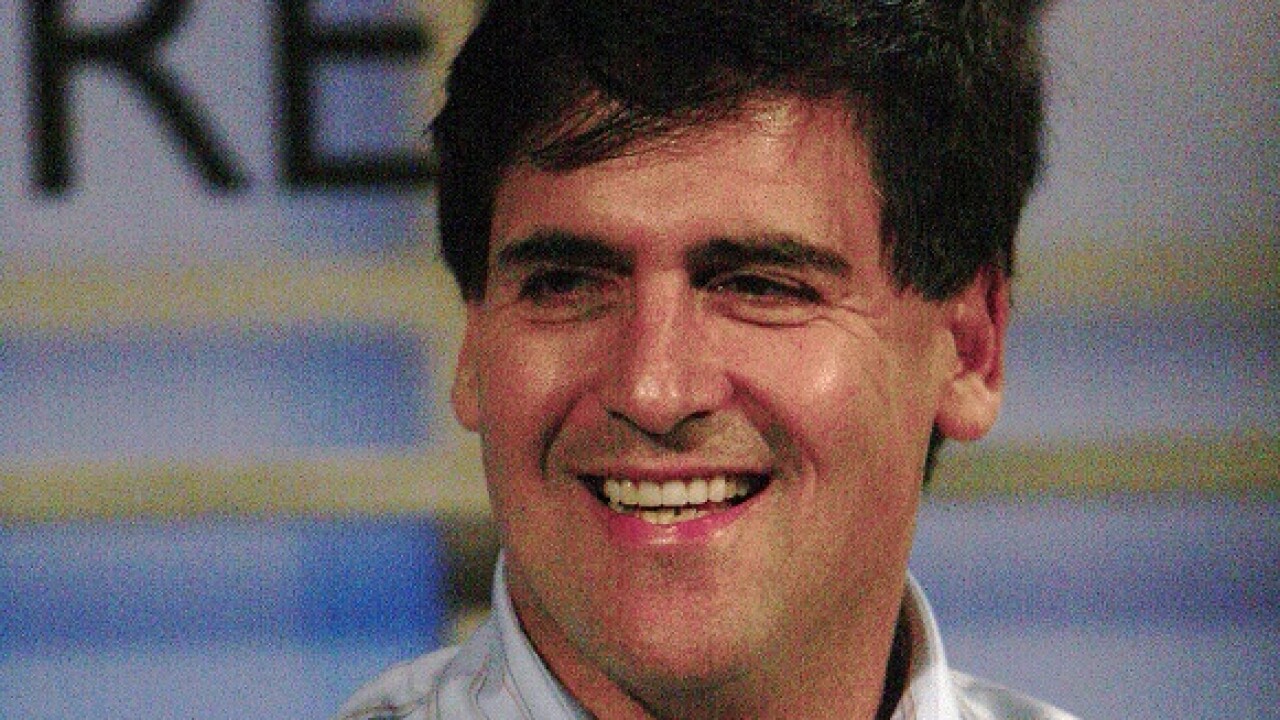 NEW YORK – Mark Cuban is betting Donald Trump will lose the presidential election, but end up with his net worth increased tenfold.

In a series of tweets Thursday, Cuban said there’s a more than 50% chance that the presidential race will end in Trump’s “dream scenario” — winning the popular vote, but losing in the Electoral College.

“All the glory. None of the work,” Cuban tweeted.

A Trump loss to Hillary Clinton would “increase his networth 10x,” he added.

In follow-up emails to CNNMoney, Cuban wrote that after the loss, “It’s truly the gains he could see. He would immediately turn into a good guy since he would no longer be a threat to the safety of the free world.

“He would be a former candidate who has a winning and compelling story. He may even get sympathy from people. That would be Huuuge for him.”

Trump’s campaign has been controversial, drawing protests at campaign stops that have turned violent at times. But Cuban theorized that an electoral loss would help the Trump name regain value.

“His brand would lose the negativity. He could do anything he wanted in business,” Cuban wrote.

Trump’s campaign did not respond to requests for comment.

The “Shark Tank” host began his most recent lobs at Trump on Stephen Colbert’s “The Late Show” Wednesday night. During a lightening round of one-liners criticizing the candidate, Cuban renewed his jab that Trump has exaggerated the size of his bank account.

“To be a billionaire, you have to have the billion part in your bank account, not just the air,” Cuban said.

Cuban and Trump — both businessmen turned reality show stars who claim to be worth more than $1 billion apiece — have what Cuban has described as a “love-hate relationship.”

Once a Trump supporter, Cuban became an outspoken opponent of the Republican nominee as his campaign began gaining traction.

“She is willing to build bridges between people rather than burn them. She understands the fragility of the global community and has the background to try to build coalitions to fight terrorism and build the global economy,” he said.