Discovering the ‘final frontier’ of our universe 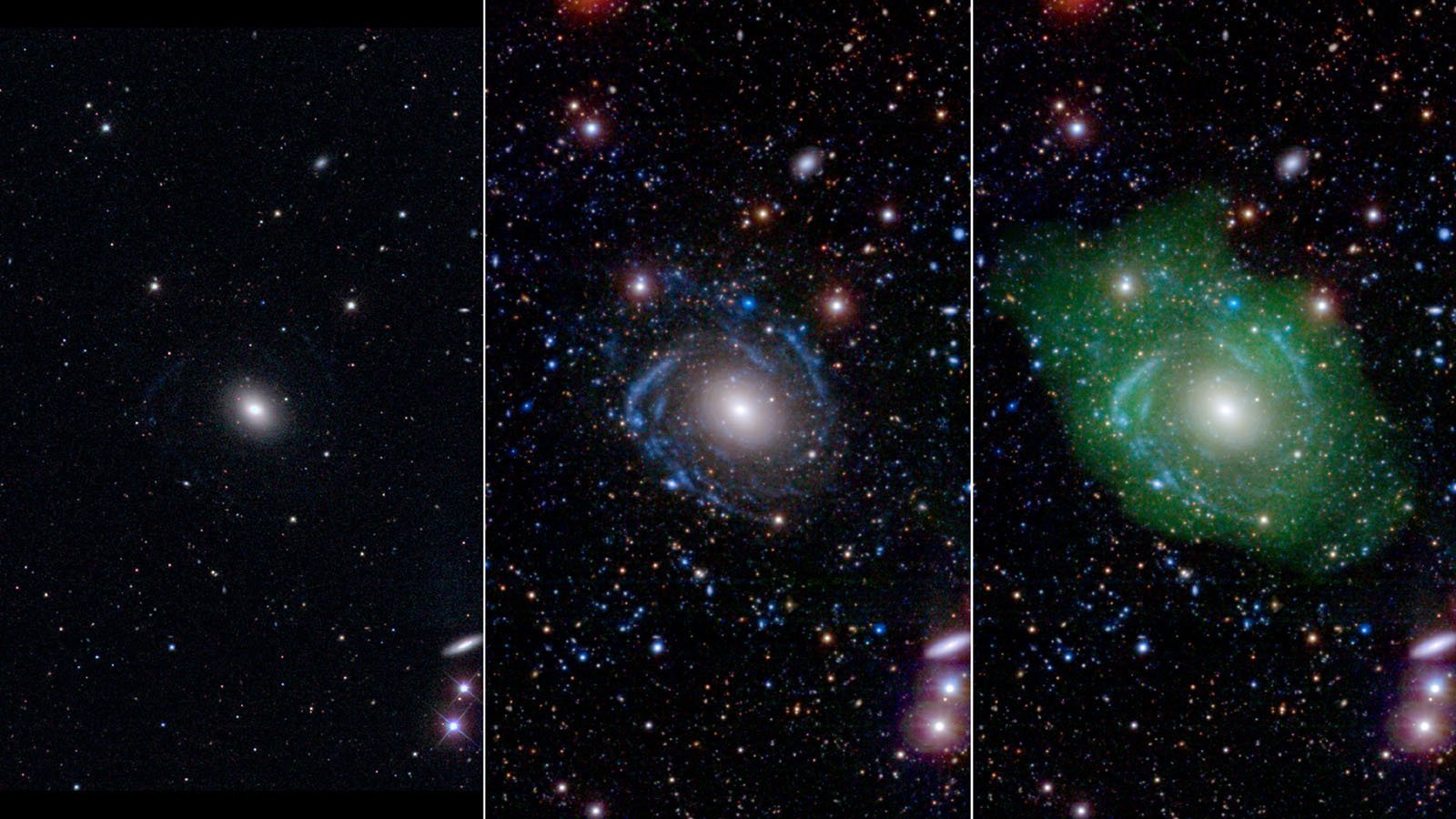 Over the last week, new images have granted us exquisite views of the final frontier that is our old, vast and mysterious universe.

While we may be exploring strange new worlds, like exoplanets beyond our solar system, and seeking out the potential for life on them, these aren’t the voyages of the starship Enterprise.

Rather than the manned spaceships we’ve always associated with space exploration in science fiction, our new understanding of galaxies and the universe are being pushed forward by telescopes, in space and on the ground. Researchers comb the immense data the telescopes provide and their findings are giving us new insight comparable to the incredible views we’ve only ever seen in movies like “Star Trek Beyond.”

This week, an image captured by NASA’s Hubble Space Telescope provided our latest, deepest view of the universe, according to Dr. Anton Koekemoer, an astronomer who leads the team that produces all the Hubble image mosaics for the Frontier Fields project.

Last week, a research team comprised of hundreds of scientists from Japan, France, Germany, England and the United States released the largest 3-D map of the universe so far that included 1.2 million galaxies in an effort to understand how it is expanding.

Years in the future, researchers admit that both of these exciting announcements might be regarded as mere stepping stones. But right now, these are the snapshots paving our way to a greater understanding of our 13.8-billion-year-old universe

‘Pushing Hubble to its limits’

At first, the image looks like a sparkly cluster of stars — until you realize that each bright and faint spot in the image represents a galaxy of billions of stars.

“We basically use a cluster of galaxies as a natural gravitational lens, using effectively a natural telescope to amplify these distant galaxies much more than we’ve ever been able to do before,” Koekemoer said.

“The bright objects are massive objects, maybe 100 times more massive than our Milky Way and they form a cluster of galaxies,” he explained. “Their combined mass is so massive that they actually act as a gravitational lens so they can bend the light from much more distant galaxies behind them.”

In this “very long slice of the universe,” the faint galaxies are the most interesting to researchers. They would be invisible without the massive cluster of galaxies to amplify them and pull the light around and focus it toward us, Koekemoer said.

Frontier Fields is a joint project combining the respective research powers of Hubble with the Spitzer Space Telescope and the Chandra X-ray Observatory. The goal for this project, started in 2013 and ending later this year, is to learn more about the early universe by studying distant, small and faint galaxies in addition to large galaxy clusters.

Dr. Jennifer Lotz is the overall lead for the Frontier Fields project, which is based at the Space Telescope Science Institute in Baltimore, Maryland.

Frontier Fields also aims to study dark matter, which comprises much of the universe. They can do this by watching how the light from distant supernovae bends through the gravity of these galaxy clusters, because the dark matter inside them causes the light to travel different paths at different rates as they travel toward us. That could tell us how dark matter is distributed in the clusters.

Although Hubble was launched in 1990, the addition of new instruments has given the aging space telescope more chances to do new science over at least the next decade before it reaches the end of its lifespan. This latest image of very young and distant galaxies is “pushing Hubble to its limits” of what it can actually capture, he said.

“I would say many of the key scientific results to come out of Hubble probably weren’t even envisioned when it was being designed,” Koekemoer said. “There are always new areas that can be explored as we continue using it. I don’t think anyone could imagine in the ’80s and ’90s that we would actually be getting spectra of exoplanets with a telescope like Hubble.”

Hubble will also have the unique opportunity to work in conjunction with the James Webb Space Telescope, launching in 2018. The James Webb Space Telescope is capable of observing large exoplanets and detecting starlight filtered through their atmosphere, which will enable scientists to determine the atmospheric composition and analyze them for gases that can create a biological ecosystem.

“And James Webb can see much redder wavelengths than Hubble can,” he explained. “As these galaxies become more distant, their light gets redshifted completely out of anything Hubble can see.”

Hubble’s contributions to our understanding of astronomy over the years are too vast to tally, but one stands out: the 1998 discovery of dark energy, the mysterious key ingredient that makes up most of the universe, and to discover that the universe is actually accelerating. And that’s exactly what a new map of the universe aims to show.

How big is the universe?

Although dark energy drives the expansion of the universe, we know almost nothing about it. But a map of this incredibly accurate “cosmic web” showing 1.2 million galaxies showcases the structure of the universe over seven billion years, and the rate at which it is expanding.

Enter dark energy, a repulsive force that competed against gravity by pushing everything in the universe farther apart, study authors Jeremy Tinker and David Schlegel summarized.

Over the course of 10 years, researchers used the Sloan Digital Sky Survey (SDSS) and the Baryon Oscillation Spectroscopic Survey (BOSS) to measure galaxies over a volume of 650 cubic billion light years. They were able to use BOSS to look at sound waves that froze in place when the universe was 400,000 years, where galaxies formed around them. They measured the “bumps” between pairs of galaxies at different distances — essentially looking back in time.

They found that the universe expands by 1% in three cardinal directions every 145 million years, Schlegel said.

A hundred years ago, Albert Einstein had a theory about the universe called the cosmological constant. He thought the universe was static. Edwin Hubble believed that it was expanding and was able to prove it. Einstein later called his “fix” to the general relativity theory — which predicts that the universe must expand or contract — his greatest blunder.

When researchers put the cosmological constant theory within the idea of an expanding universe caused by the Big Bang, it suggests an accelerating universe — which is exactly what we live in.

Both studies are like puzzle pieces, offering different perspectives on various parts of the universe.

Conversely, Hubble is looking back to an earlier time in the universe.

“The Sloan Survey gives us our most detailed picture of what we call the intermediate distance universe, so these galaxies are distant but they aren’t nearly as distant or early in the universe as what we see in these deep fields of Hubble,” Koekemoer said. “Their light has been traveling across about 95% of the age of the universe, so we are seeing the universe through these very distant galaxies.”

Hubble and Sloan will both continue to push the limits of what we know about dark energy, dark matter, galaxies and other oddities in the universe as they shift to new projects. And with a succession of new space telescopes launching in the coming years, a wealth of new discoveries surely awaits — not unlike the Enterprise seeing new celestial objects and planets for the first time.

“Every time when you launch a new telescope and open a new piece of observation in space, you open the door to completely unexpected discoveries,” Koekemoer said.”And every time when we’ve done one of these deep fields of Hubble, in a sense we’re looking further back in time and distance. You’re really pushing back further into the early universe. It’s very much like a final frontier quest in a sense.

“We’re always happy to share these discoveries with the world. That’s why we do it. It’s not just for science, but for all of humanity really.”