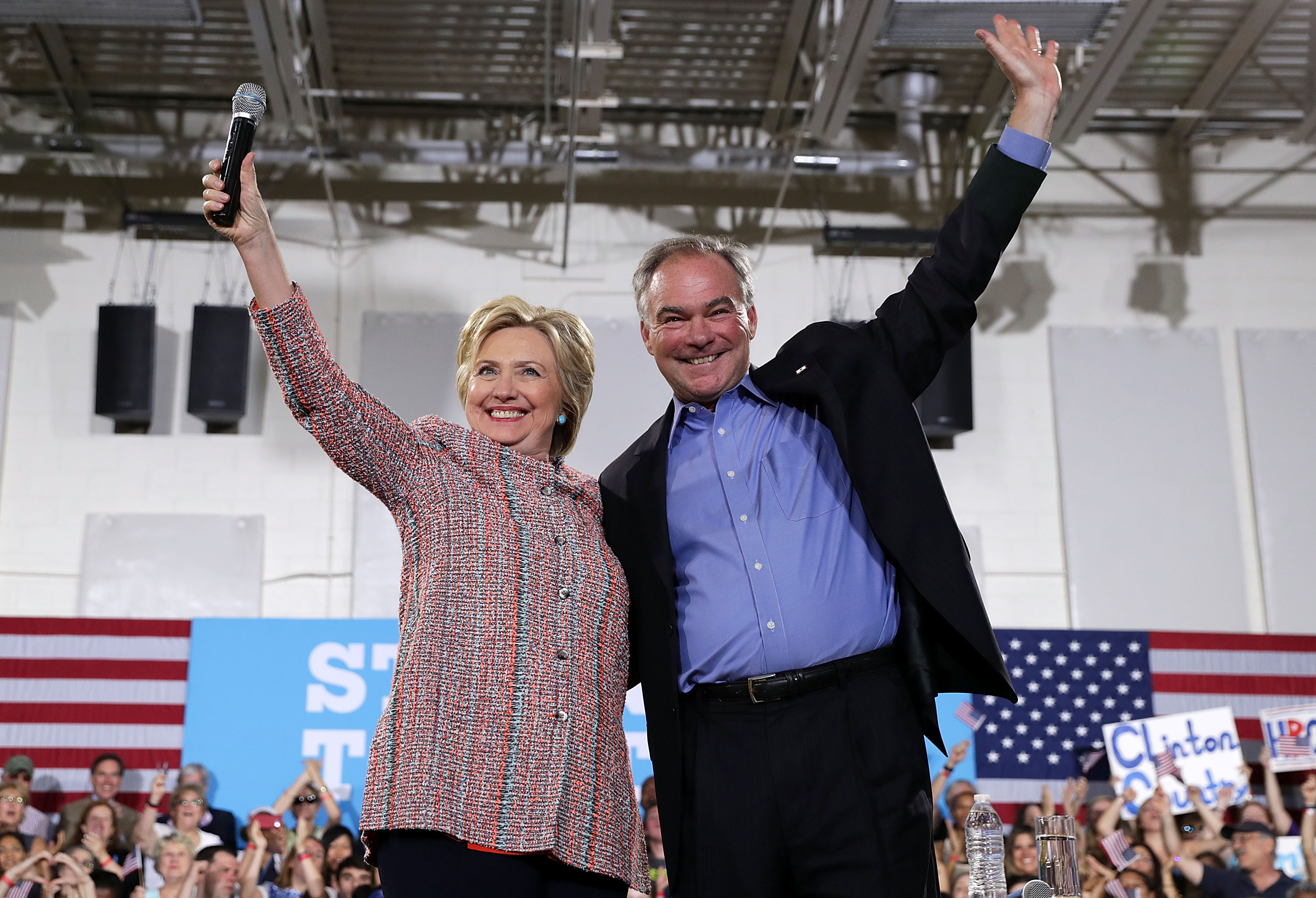 Kaine is a long-time Virginian politician.

He was first elected to office on Richmond City Council in 1994. He then became Richmond's Mayor in 1998, followed by serving as Lt. Governor in 2002.

Kaine's allies say he would excite the base by tapping into concerns of income inequality, an issue of prime importance to the base.

"Low-income people, minorities, elderly, people that usually get the short of end of the stick would consider Tim Kaine a friend," said Rep. Bobby Scott, a Democrat who represents Richmond and has known Kaine since he started his political career.

He's no stranger to being in the spotlight as a possible Vice Presidential running mate as he was also on President Obama's short list in 2008.

After losing the ticket, he was recruited by Obama to run the Democratic National Committee.

Kaine is married to Ann Holton, who is Virginia’s Secretary of Education.

She is a former juvenile court judge and her father, Linwood Holton, was also a former Governor of Virginia.