Jackson is one of the three officers killed  in a shooting on July 17.

Jackson, 32, leaves behind a wife and a 4-month-old baby boy.

He was a 10-year-veteran who recently shared a powerful Facebook post about the physical and emotional hurdles of being an officer after Alton Sterling’s death.

The words of BR Police officer killed today. Please listen to him. pic.twitter.com/j2JqA16RoX

On July 8, Jackson wrote on Facebook about the recent “trying times.”

On July 17, a man identified as Gavin Long of Kansas City went on a shooting rampage on his 29th birthday that left two police officers and a sheriff’s deputy dead, police sources said. Long was a former Marine who spent time in Iraq and was discharged at the rank of sergeant in 2010, according to the U.S. military.

A GoFundMe page has been set up by family members to support Jackson’s wife and son. 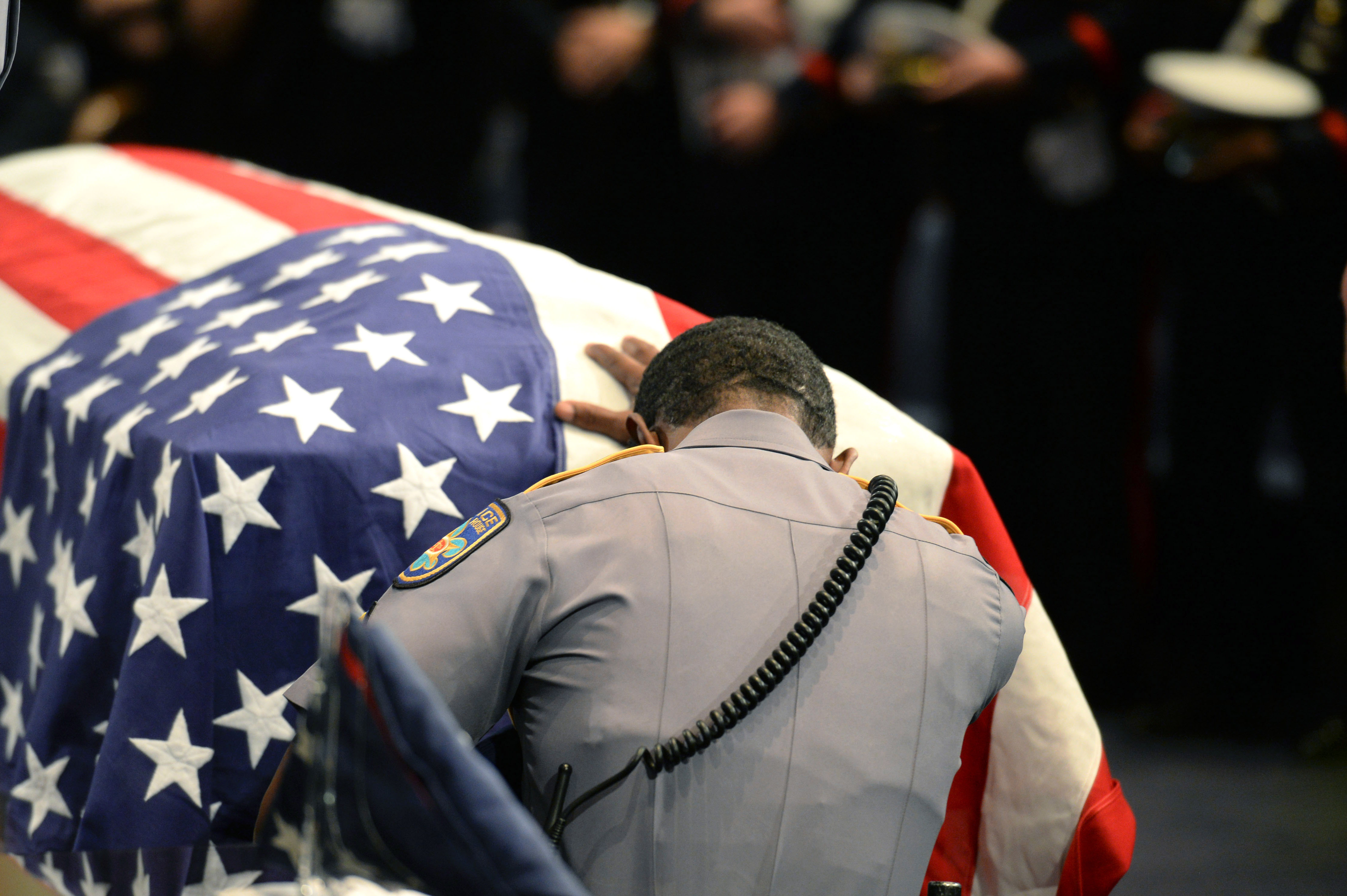 At an afternoon news conference, local and state authorities, including Louisiana Gov. John Bel Edwards, said Long was thought to be the lone gunman. Earlier reports had said authorities believed there might have been more than one attacker.

President Barack Obama on Sunday condemned the killings and all attacks on law enforcement.

“We as a nation have to be loud and clear that nothing justifies violence against law enforcement,” Obama said, speaking from the White House press briefing room. “Attacks on police are an attack on all of us and the rule of law that makes society possible.” In a written statement earlier in the day, Obama called the Baton Rough shootings a “cowardly and reprehensible assault.”

Police received a call of a “suspicious person walking down Airline Highway with an assault rifle,” a source with knowledge of the investigation told CNN.

When police arrived, the shooting began.

By noon, authorities had secured the scene and were making sure there weren’t any explosives left behind.

Initially authorities believed two other shooters might be at large.

Long was wearing all black and was wearing a mask, Baton Rouge Police Department Sgt. Don Coppola said. Coppola said he did not know what the mask looked like, but that it was “some type of mask to conceal (the shooter’s) identity.”

Since the shooting death of Sterling by Baton Rouge police, the department has worried about threats against officers.

It was an emotionally charged few days across the country because of the protests stemming from the Sterling shooting and the shooting by police of Philando Castile in Minnesota, plus the ambush on Dallas police officers in which a sniper killed five officers.

Dallas police shooting: Who were the victims?