The strikes started on Friday, July 22, 2016 from the Arabian Gulf.

According to the Navy, the primary focus of the Eisenhower Carrier Strike Group in the region is to "dismantle and roll back terrorist networks in Syria, Iraq and elsewhere and to ensure free flow of commerce."

"Eisenhower Carrier Strike Group last operated in the Arabian Gulf in 2013," said Rear Adm. Jesse Wilson, Ike CSG commander. "We continue our longstanding commitment to this region and accelerating the fight against ISIL."

Earlier this summer, between June 28 and July 8, Carrier Air Wing 3 completed a total of 116 sorties from the Eastern Mediterranean Sea in support of Operation Inherent Resolve.

The Eisenhower Carrier Strike Group is also the centerpiece of the Great Green Fleet for the latter half of 2016, with a focus on efforts to transform energy usage while on deployment. 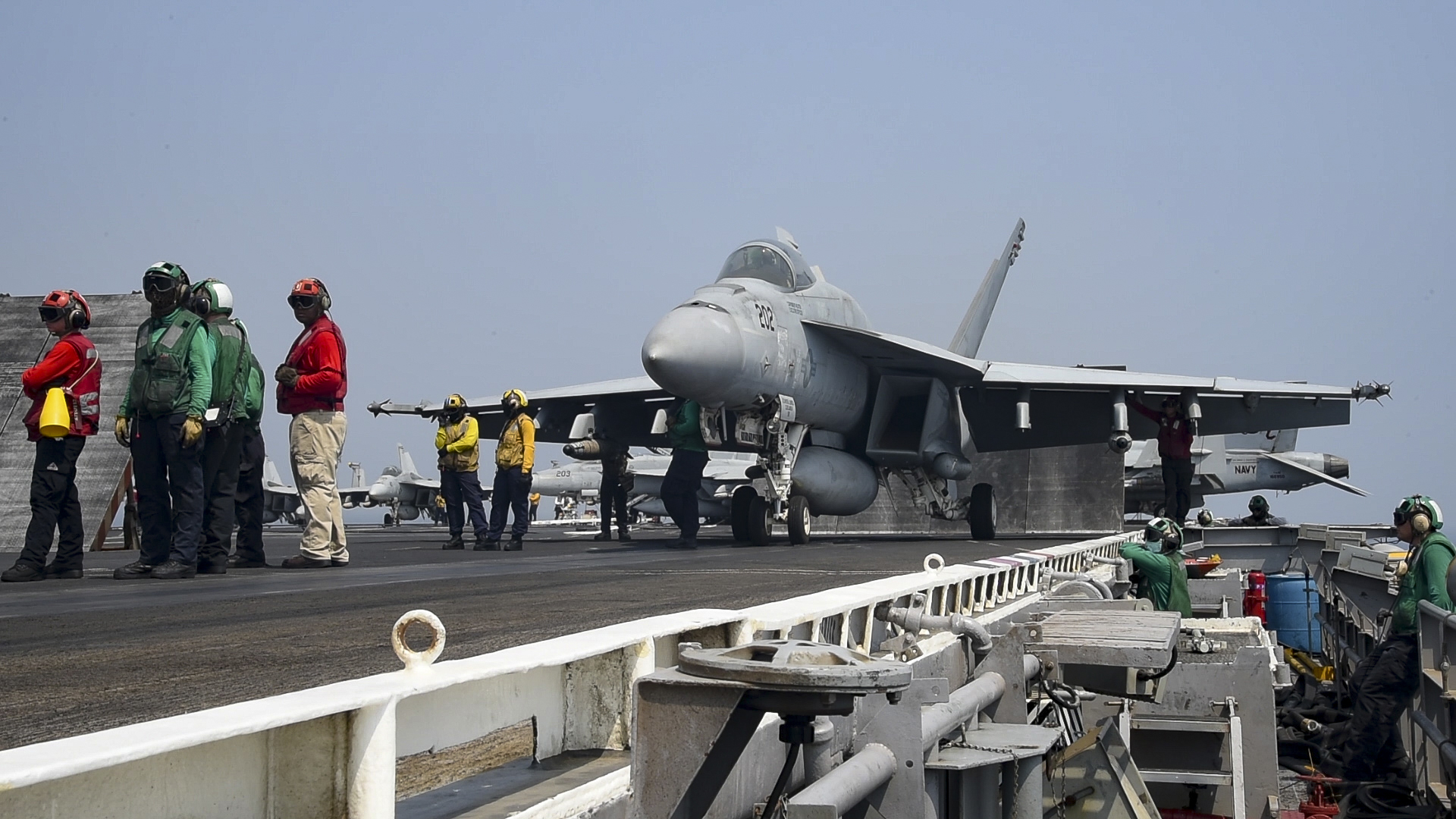