Michelle Obama: ‘When they go low, we go high’

PHILADELPHIA, Pa. – Michelle Obama cast the presidential race as one between a positive role model for children — in Hillary Clinton — and a damaging one — in Donald Trump — in the marquee speech on the Democratic National Convention’s opening night.

The first lady never mentioned Trump by name, but she leveraging her popularity, she made a rare, if not unprecedented, foray into partisan politics to knock the Republican nominee.

Obama condemned “the hateful language that we hear from public figures on TV,” saying that “our motto is, when they go low, we go high.”

And in a shot at Trump’s “Make America Great Again” campaign slogan, Obama discussed raising her children in a White House that was built by slaves.

“Don’t let anyone tell you that this country isn’t great. This right now is the greatest country on earth,” the first lady said.

Obama electrified the crowd at the Wells Fargo Arena in Philadelphia, taking the stage just after 10 p.m. and — in a departure from the political attacks on display all day — making the case that, because of her character and temperament, Clinton is the role model she’d like her daughters to see in the Oval Office.

It was a remarkable embrace of the prime-time stage for Obama, who was reluctant about the spotlight that came when her husband, then-Illinois Sen. Barack Obama, launched his presidential campaign against Clinton in 2007.

“To understand the journey she’s taken as a reluctant conscript on the public scene, to come here and command that stage the way she did tonight was extraordinary — and I think did for Hillary Clinton what no one else has done to this point,” said David Axelrod, a top Obama strategist on the 2008 campaign and now a CNN political commentator.

The first lady began discussing watching her daughters grow up in the White House — saying she remembers watching them go off to school for the first time.

“At that moment, I realized that our time in the White House would form the foundation for who they would become, and how we managed this experience could truly make or break them,” she said.

She added: “This election — every election — is about who will have the power to shape our children for the next four or eight years of our lives. And I am here tonight because in this election, there is only one person who I trust with that responsibility — only one person who I believe is truly qualified to be President of the United States. And that is our friend, Hillary Clinton.”

Obama told the electrified audience that “we are always stronger together,” saying she wants a president “who will teach our children that everyone in this country matters.”

“I am here tonight because I know that that is the kind of president that Hillary Clinton will be, and that’s why in this election, I’m with her,” Obama said.

In a nod to Clinton’s historic status as the first female presumptive nominee of a major U.S. political party, she said: “Because of Hillary Clinton, my daughters, and all our sons and daughters, now take for granted that a woman can be president of the United States.”

She called Clinton “a leader who will be guided every day by the love and hope and impossibly big dreams that we all have for our children.”

Temperament and experience is something Michelle Obama has been referencing a lot these days — dipping her toe into 2016 politics by taking veiled shots at Donald Trump in speeches over the past few months.

“Right now, when we’re hearing so much disturbing and hateful rhetoric, it is so important to remember that our diversity has been — and will always be — our greatest source of strength and pride here in the United States,” Mrs. Obama said at a Nowruz celebration at the White House in April.

“Here in America, we don’t give in to our fears. We don’t build up walls to keep people out,” she said during a commencement address at City College of New York this June.

Michelle Obama is seen as having a unique and essential role to play for Clinton, key to keeping the Obama coalition of women, African Americans, Hispanics and young people engaged.

‎The first lady could turn into a powerful surrogate to boost the presumptive Democratic nominee, with her high favorability ratings.

“I think Hillary Clinton is a phenomenal woman,” the first lady said when asked about her at a White House event in April, “and I’ve gotten to know her, and I think she’s made some pretty major contributions over the course of her life.”

However, she took the stage to make the case for a woman she hasn’t always supported.

“They said there was an inevitable candidate, that there was someone who was going to make this race virtually impossible. And I thought, wow, it’s over already?” Obama said in an interview with CBS in the fall of 2007, in the throes of the Democratic primary.

“So, our view is that if you can’t run your own house, you certainly can’t run the White House,” Michelle Obama said from the campaign trail in the early state of Iowa in August of 2007.

But theirs was a relationship that grew once the campaign came to a close.

Shortly after Hillary Clinton suspended her campaign and endorsed then-Sen. Barack Obama, Michelle praised Clinton for the way she came around to supporting her husband.

“From the minute after this was done, right, she has always been just cordial and open. I’ve called her. I’ve talked to her. She’s given me advice about the kids,” Obama told Larry King in October of 2008, “We’ve talked at length about this kind of stuff, how you feel, how you react. She has been amazing. She is a real pro and a woman with character.”

The convention stage is a platform that Obama is familiar with by now, delivering high-profile speeches in both the 2008 and 2012 conventions for her husband, speeches that drew heavily on the Obama family’s personal story.

“Every step of the way since that clear day, February, 19 months ago, when, with little more than our faith in each other and a hunger for change, we joined my husband, Barack Obama, on the improbable journey that has led us to this moment,” Mrs. Obama said in Denver at the DNC in 2008. “But each of us comes here also by way of our own improbable journey.”

“Barack knows the American Dream because he’s lived it and he wants everyone in this country to have that same opportunity, no matter who we are, or where we’re from, or what we look like, or who we love,” she said in 2012 in Charlotte. 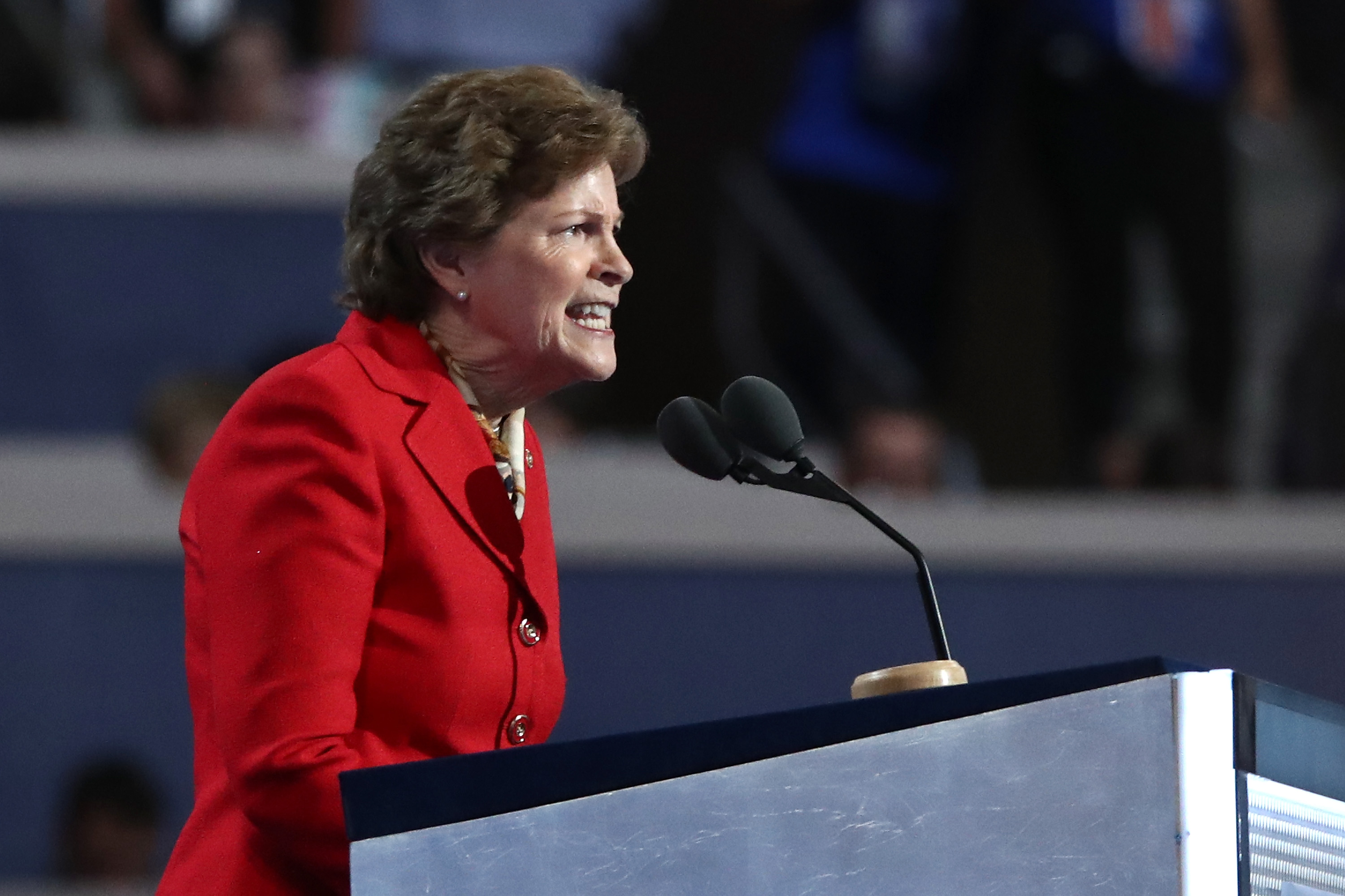