Virginia First Lady talks nutrition on the road at DNC

McAuliffe and Holton, who stepped down as Virginia's Education Secretary on Tuesday, put politics aside for a trip to "Children's Village." The school hosts summer enrichment programs that use federally funded meal programs.

Holton appeared alongside her husband and VP nominee Sen. Tim Kaine at a breakfast for Virginia delegates earlier in the day.

"Working with these partners, and our General Assembly we have successfully expanded access to Federal Nutrition Programs," says McAuliffe. She added the Commonwealth has been able to create more than 200 new free meal locations.

According to data provided by the Virginia Department of Education, "Through school nutrition programs, 670,000 lunches, 250,000 breakfasts and 7,240 after school snacks are served on a typical day in Virginia public schools."

"We can't let red tape get in the way of feeding a hungry child," said Holton before highlighting some of the negative physiological effects hunger can have on students. Children's Village Executive Director Mary Graham said, "During the summer months, students not only miss out on class time but lose access to free or reduced price nutritional meals." 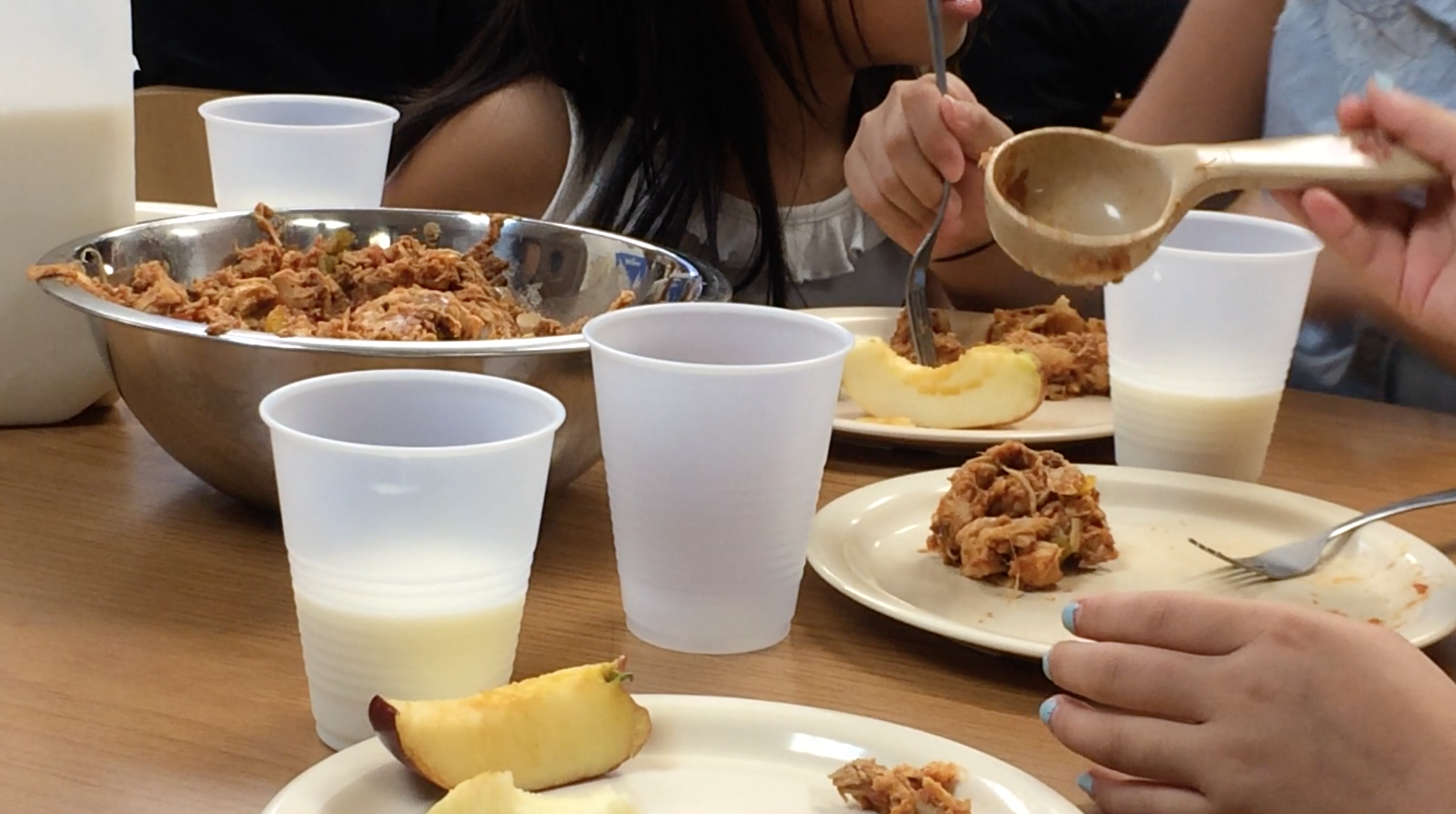 The summer program touts it's own Chef who crafts nutritional meals and snacks like: roasted chick peas, salmon, and salads.

Congressman Bobby Scott entered the room as the round-table came to a close. Dorothy McAuliffe said they would not be commenting on Anne Holton's resignation or Kaine's nomination, "We're so proud of Anne and Tim, but we're not going to talk politics today."