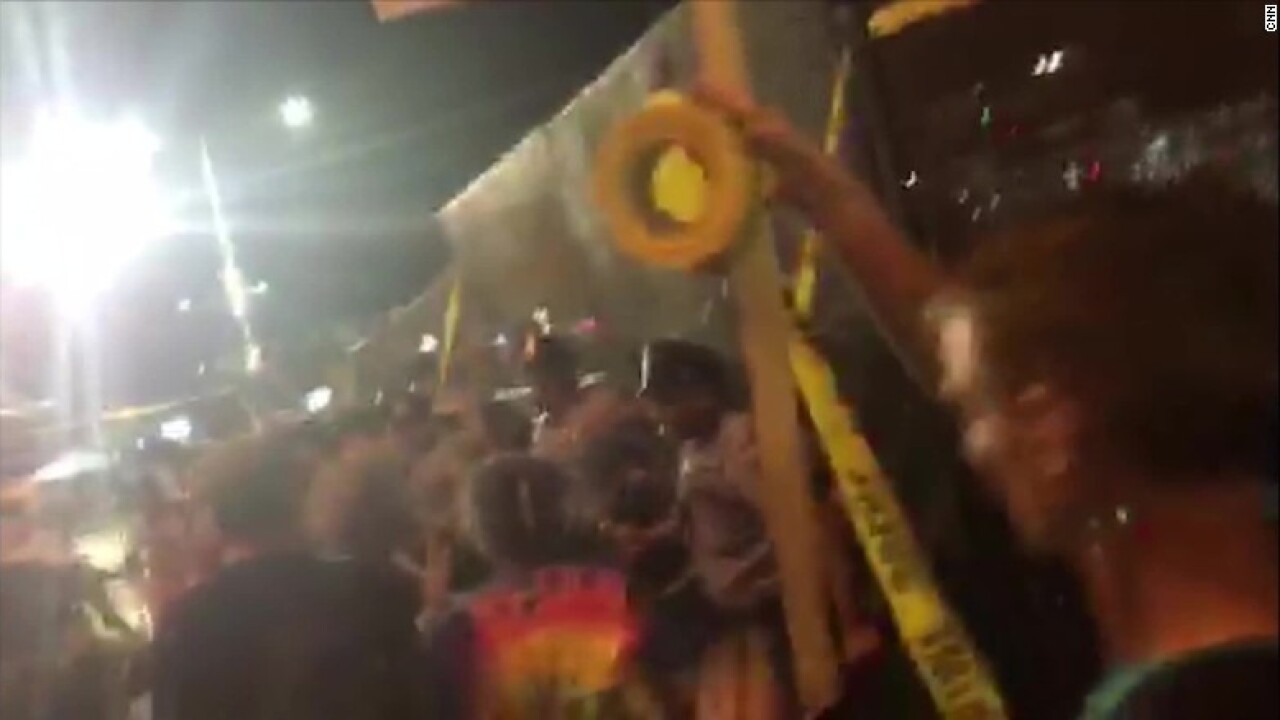 Seven protesters who breached the outer perimeter fence surrounding the Democratic National Convention in Philadelphia were arrested Wednesday night, according to the Secret Service.

The protesters got into the Secret Service designated zone, but did not enter the Wells Fargo Center, where the convention is being held, according to the security agency.

The seven were dressed in all black and had their faces covered.

They were arrested and have been taken to the Philadelphia Federal Detention Center, where they’re expected to be charged with entering a restricted area.

Protesters appeared to have jumped the fence near the Broad Street SEPTA station, prompting a ramp-up of security at the perimeter. About a 100 Secret Service and police officers were at the point where the breach took place Wednesday night. Helicopters continually circled over the lot, shining lights in a nearby parking lot.

They were not the only ones that appeared to have gotten through the outer perimeter of the DNC.

Another group of protesters, called the Democracy Spring, got through the first security fence by getting a ride on Uber, which has a pick-up/drop-off point there.

The nonviolent protesters staged a sit-in near the Uber tent. The group’s spokesperson said 39 of them were detained (but not arrested), issued citations and released.

Activists from Democracy Spring had earlier this week attempted to block a convention entrance and had deliberately climbed over barricades toward the arena and into the arms of waiting officers.

The demonstrations outside Wednesday’s events got heated.

Protesters from various causes inched closer to a barricade line of police officers who stood guard in front of the perimeter fence. The crowd hoisting signs screamed, “Who do you protect? Who do you serve?”

Officers yelled back: “Chill out” as the protesters approached closer to the police line.

Social media showed scenes of demonstrators outside the convention center. In one social media video, a protester attempted to stomp on a burning flag, instead he accidentally lit himself on fire. As flames quickly climbed up his leg, he rolled to the ground. Other protesters rushed to help him.