Hot air balloon with 16 aboard crashes in Texas; no survivors

LOCKHART, Texas – A hot air balloon believed to be carrying 16 people caught fire in the air and crashed in central Texas on Saturday morning, killing everybody on board, federal and local authorities said.

The balloon may have struck power lines when it went down around 7:30 a.m. in pastureland near Lockhart, about 30 miles south of Austin, in an area often used for balloon landings, a county judge and public safety source told CNN.

“First I heard a whoosh,” Margaret Wylie, who lives near the crash site, told CNN affiliate TWC. “And then a big ball of fire (went) up. I’d say it got as high up as those lower electric lines.”

If investigators confirm 16 people died, the crash will be the most fatal hot air balloon accident in United States history.

Matt and Sunday Rowan had been married less than six months before their lives were cut short in the crash.

The Rowans had just gotten married in February, said Brent Jones, the father of Sunday’s five-year-old son, Jett. “Sunday was a very social person,” Jones told CNN. “They have hundreds and hundreds of friends.”

Sunday Rowan had bought the balloon flight for her husband as a birthday gift last year and it had taken them a while to schedule it, Jones said.

The pilot in the crash was also identified on Sunday. He was Alfred “Skip” Nichols, said Alan Lirette, the ground crew supervisor for Heart of Texas Hot Air Balloon Rides.

Lirette also confirmed to CNN that 16 people — 15 passengers and Nichols — were aboard the aircraft when it went down. The Caldwell County Sheriff’s Office said there were no survivors, and Lirette said there didn’t appear to be any children on board. Lirette described Nichols as his “best friend, boss and roommate.”

“I knew him to be a safe, competent pilot,” Bryant said. “He has done this for a very long time.”

Caldwell County Judge Ken Schawe said it looks like the balloon collided with a power line before catching fire and crashing to the ground.

A source with the Texas Department of Public Safety earlier told CNN’s Polo Sandoval that investigators believe the hot air balloon struck power lines and caught fire. This is the preliminary working theory, the source said. 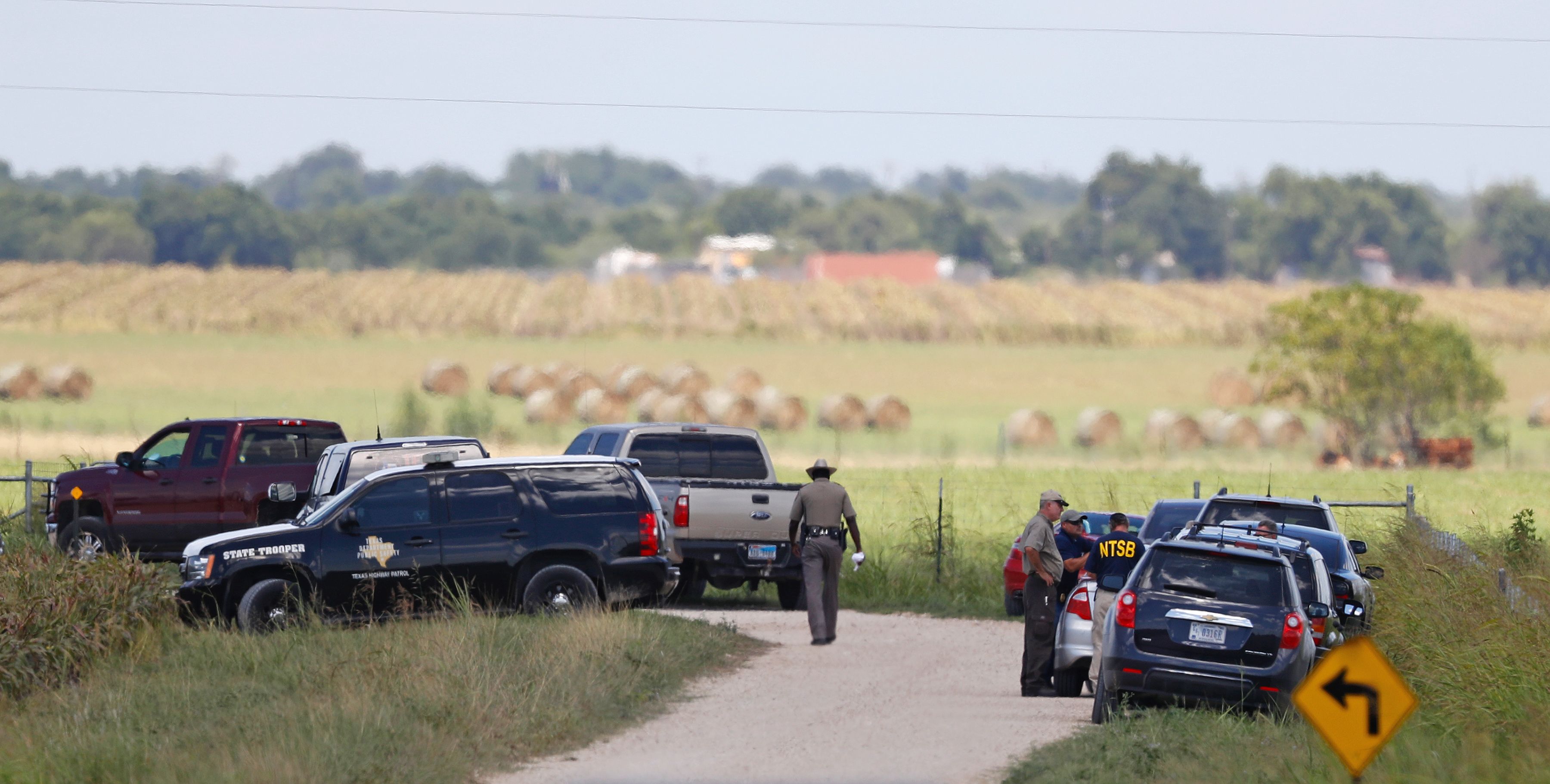 Reported as a vehicle crash

Law enforcement officers responded to a 911 call at 7:44 a.m. (8:44 a.m. ET) about a possible auto accident in the Maxwell area, according to a statement on the Caldwell County Office of Emergency Management’s Facebook page. Officers found the balloon basket on fire on the ground, the statement said.

The FAA and National Transportation Safety Board are investigating.

The NTSB says it is working with the FBI to document the crash site, which was secured like a crime scene for evidence collection. Authorities have not named any of the people on board.

The name of the company involved in the crash is Heart of Texas Hot Air Balloon Rides, an official with direct knowledge of the investigation told CNN’s Rene Marsh. CNN was unable to reach anyone at the company for comment.

Balloon flights originate in several locations in central Texas and go to dozens of destinations at $399 per passenger, the company says on its website.

Gov. Greg Abbott and U.S. Sen. Ted Cruz of Texas extended condolences to the families of the people killed in the crash.

“As always, Texans are strong in the face of adversity, and we all stand together in support of the families and entire Lockhart community as they respond to and begin to heal from this terrible incident,” Cruz said in a statement.

The highest number of deaths in a single hot air balloon crash in the country before Saturday was six, in a 1993 accident in Colorado, according to the NTSB.

In 2013, 19 people died in a hot air balloon crash in Egypt, near the ancient city of Luxor. That was the world’s most fatal hot air balloon accident in at least 20 years.

There’s been friction between the FAA and NTSB over hot air balloons, with the NTSB saying more accidents would occur without more regulation.

The former head of the NTSB, Chairman Deborah Hersman, urged the FAA in 2014 to address “operational deficiencies” in hot air balloon activities after several incidents resulted in injuries and one death, according to a letter published on the NTSB’s website.

Hersman cited accidents in 2007, 2008 and 2013, according to the letter publicly posted on the federal agency’s site.

“Depending on gondola capacity, balloons can carry more than 20 passengers per flight. Given the various safety deficiencies noted in the NTSB’s investigations of the above balloon accidents, the potential for a high number of fatalities in a single air tour balloon accident is of particular concern if air tour balloon operators continue to conduct operations under less stringent regulations and oversight,” Hersman said in the letter, referring to the 2013 accident in Egypt.

In the letter, Hersman recommended requiring commercial balloon operators to acquire and maintain letters of authorization to hold air tour flights and to give passengers “a similar level of safety oversight as passengers of air tour airplane and helicopter operations.”

In 2015, the FAA responded to the NTSB request, saying the proposed letters of authorization “would not result in a significantly higher level of operational safety.”

The NTSB fired back in a 2016 statement, saying the FAA’s reply was an “unacceptable response.”

The NTSB argued the letters of authorization would allow for competency checks including pilot certification, safety checklists, and proper flight operation procedures.

“We are concerned that, if no action is taken to address this safety issue, we will continue to see such accidents in the future,” the NTSB response said.

It is unclear whether Heart of Texas Hot Air Balloon Rides implemented any of the NTSB’s recommended measures.

Twenty-five balloon accidents resulting in 4 fatalities and 25 serious injuries occurred since Hersman’s 2014 letter and the last warning issued by the NTSB in March 2016, according to the exchange posted on its website.

The number does not take into account the fatalities from Saturday’s hot air balloon accident near Lockhart, Texas.