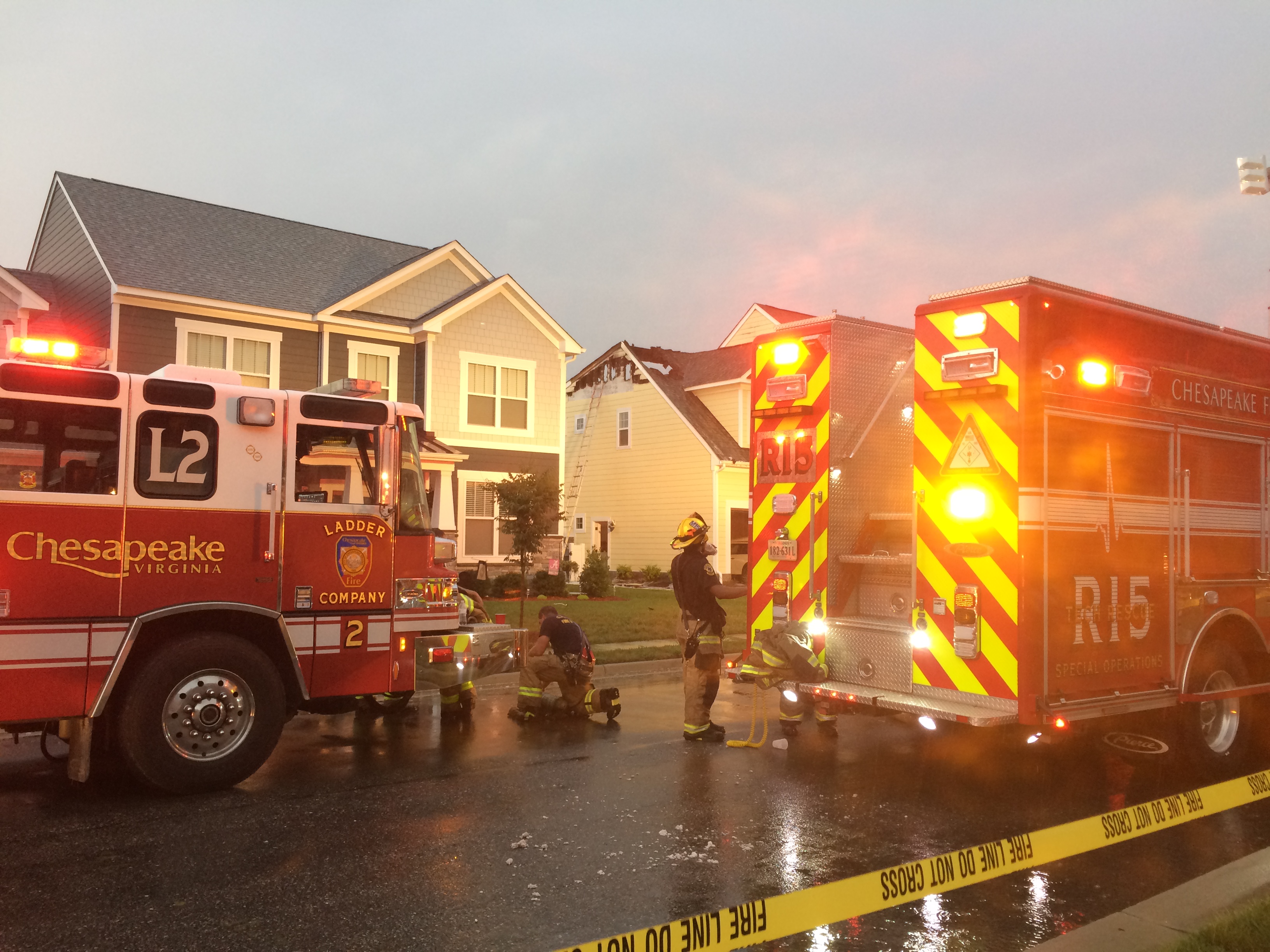 CHESAPEAKE, Va. – Firefighters in Chesapeake responded to a house fire Sunday evening that was caused by a lightning strike.

Firefighters were called to the home in the 400 block of Wisdom Path shortly after 6 p.m. Smoke and flames were coming from the roof of the two story single family home when firefighters arrived.

There were no reported injuries in the fire, which was brought under control at 6:49 p.m.

Chesapeake Fire officials said the fire caused significant damage to the upstairs and attic area of the home.

Three people who live there have to stay elsewhere until the damage can be repaired.