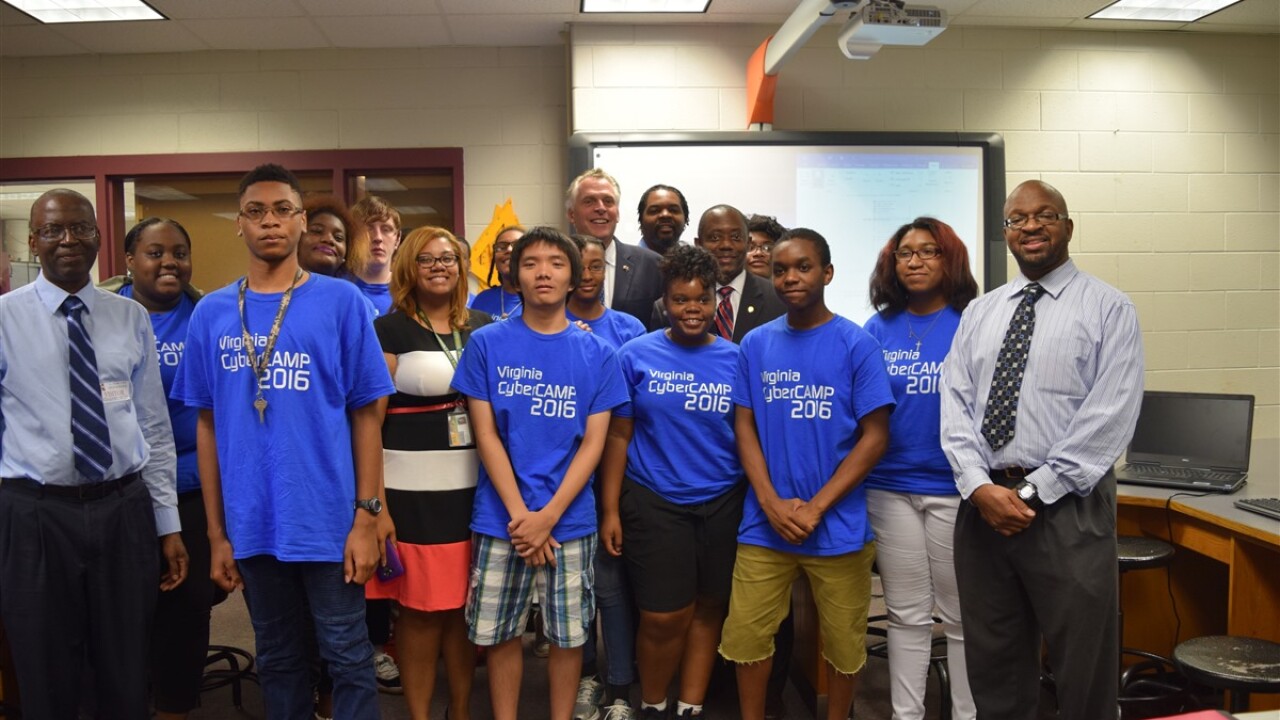 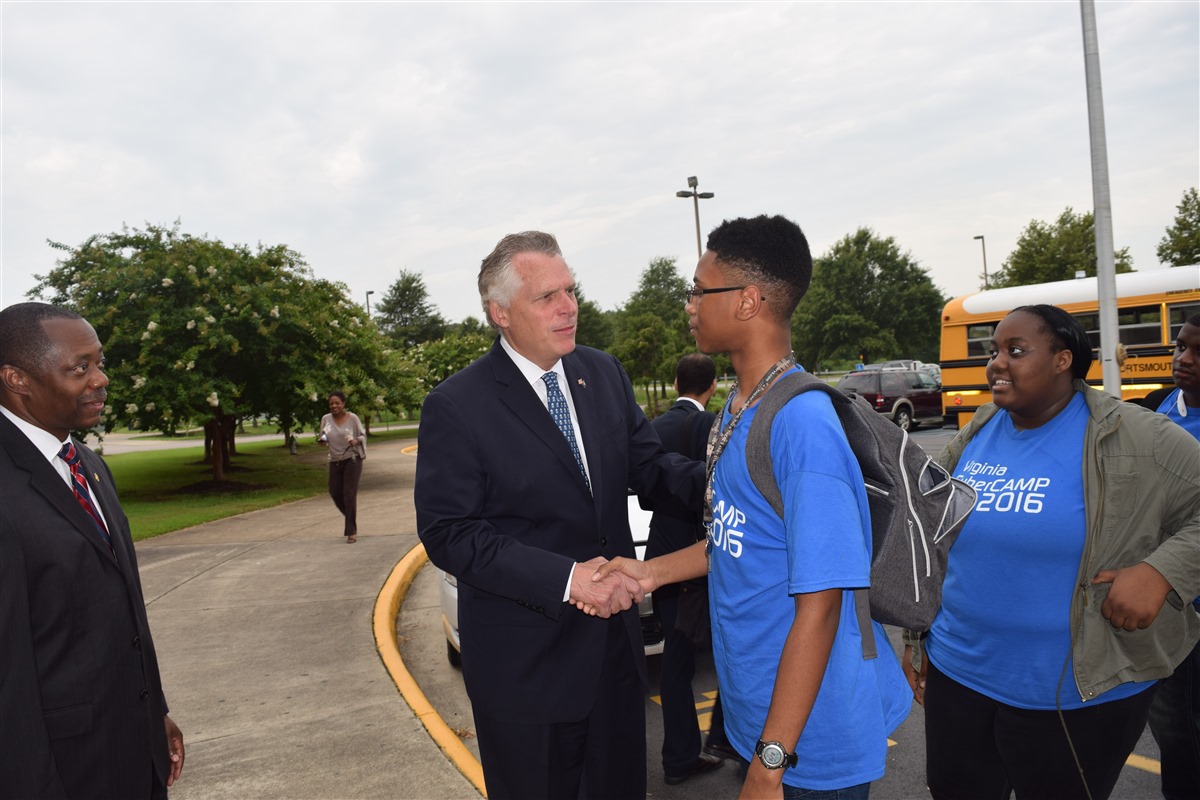 The CyberCamp program engages students in hands-on, project-driven activities focused on exposing students to the field of cybersecurity.

Gov. McAuliffe told the students that Virginia experienced 53 million cyber attacks in the first half of 2016, roughly four attacks every second.

Portsmouth Public Schools partnered with faculty of the Department of Computer Science at Norfolk State University for the camp.

The camp is funded by a Virginia Department of Education grant.