Two people are dead and 20 others are missing after a bridge on a highway connecting the Indian cities of Mumbai and Goa collapsed over the swollen Savitri River, sending two buses tumbling into floodwaters below.

Two bodies have been recovered so far, Ranjan said.

High pressure from the flooding of the Savitri River caused the collapse, Chief Minister of Maharashtra state Devandra Fadnavis said in a video statement on Facebook. The single-lane bridge was built in British-era colonial times. 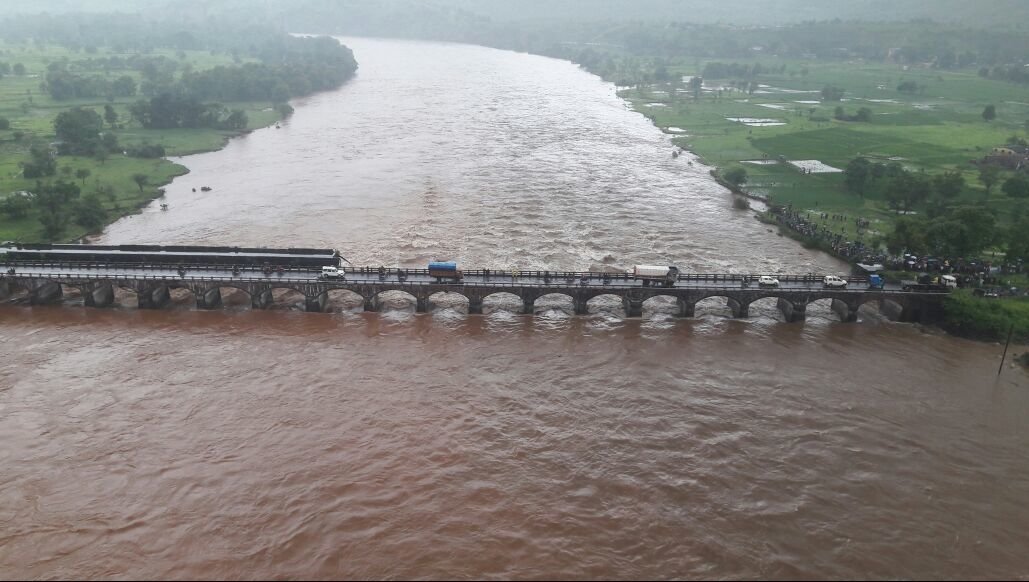 A rescue effort is underway with four NDRF teams, navy helicopters, boats and divers at the scene.

A newer bridge, which runs parallel to the collapsed road, has resumed traffic, Fadnavis said on Twitter, citing a Raigad district official.

India has been hit by severe flooding in the past few days, which has killed 163 people and affected as many as 7.78 million, according to the NDRF.