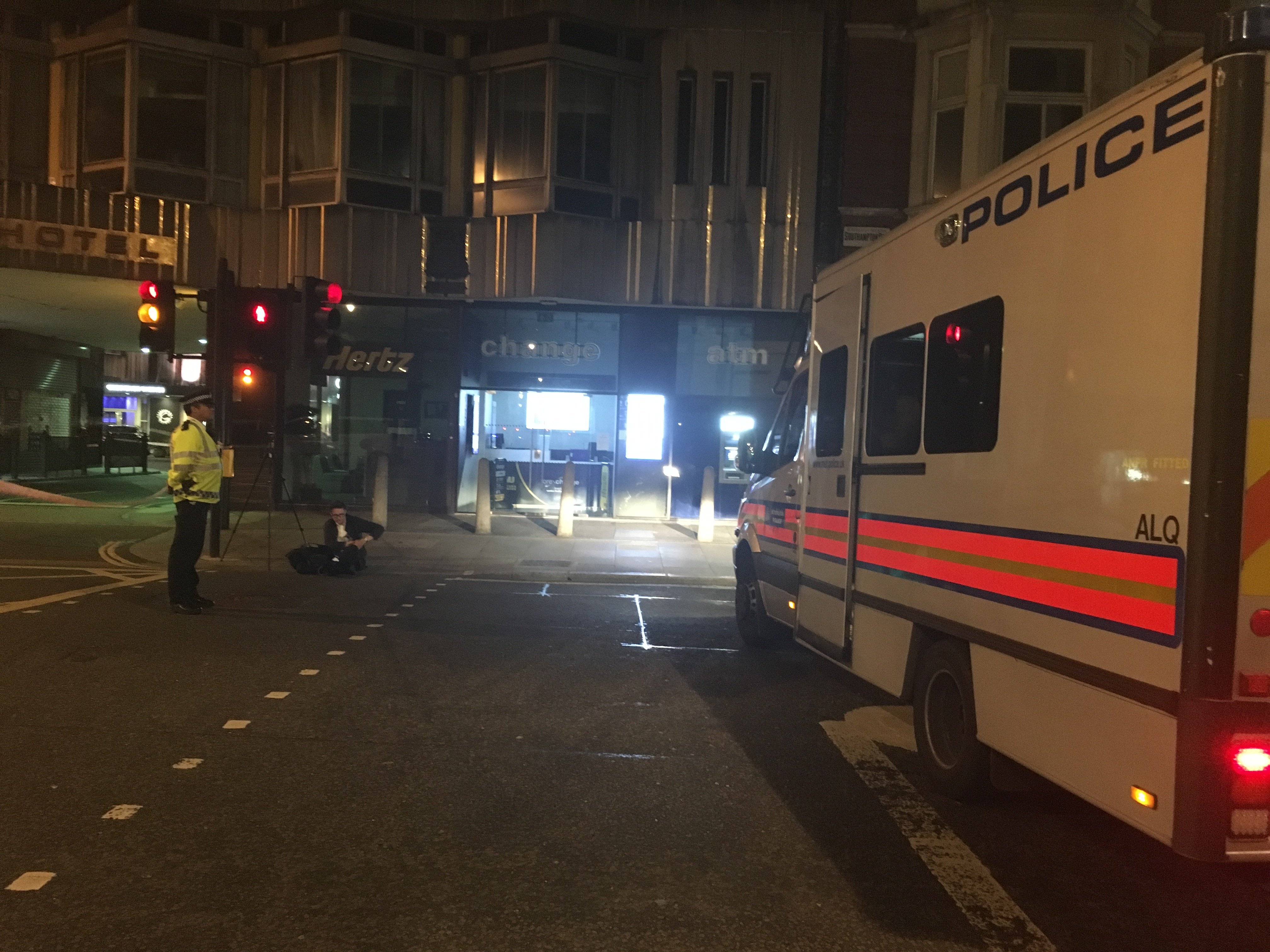 The American woman killed in a knife attack in London’s Russell Square is the wife of a Florida State University professor, the university said.

Richard Wagner, a professor of psychology, and his spouse were in London, where he taught a summer session for the university, the school said. Its statement did not identify Wagner’s wife.

London police are looking at mental health issues as the main line of inquiry in the knife attack.

Metropolitan Police Assistant Commissioner Mark Rowley essentially ruled out terrorism as the likely motive in the attack, in which citizens from Britain, Australia and Israel were also injured.

The suspect is a Norwegian national of Somali origin, Rowley said.

Rowley described the attack as “spontaneous,” with victims selected at random.

Londoners woke up Thursday to a heavier police presence on their streets after a woman was stabbed to death and five others injured in the heart of the city late Wednesday night.

The London Metropolitan Police said it had arrested a 19-year-old man on suspicion of murder and was focusing its lines of inquiry “on mental health while retaining an open mind regarding the motive.”

A police statement rolls back earlier comments by officials briefed on the investigation, who had told CNN they believed the stabbing was a terror attack based on initial evidence.

Counterterrorism police are supporting but not leading the investigation, authorities said later.

The attack happened in Russell Square, an area popular with tourists near museums and upscale hotels and homes.

The stabbing came hours after authorities announced London would increase its presence of armed police by 600 officers following recent terror attacks across Europe — part of what it called Operation Hercules.

“As a precautionary measure (Thursday), Londoners will wake up and in the morning they will notice increased police presence on the streets, including armed officers,” Mark Rowley, the Scotland Yard assistant commissioner, told reporters. “This is there to provide reassurance and safety. We ask the public to remain calm, vigilant and alert.”

Dying in their arms

The woman killed was an American in her 60s, police said, while two other women and three men were injured. Those injured were from Britain, Australia and Israel. Two of the victims remain in the hospital.

Police were called after 10:30 p.m. Wednesday following reports of a man “seen in possession of a knife injuring people,” authorities said in a statement.

Officers used a stun gun on the suspect, and he was arrested less than 10 minutes later, authorities said.

He was treated in the hospital and is in police custody at a south London station, police said.

Little more is known about the suspect.

A 40-year-old Brazilian man living in London told CNN a Spanish family stopped and asked him to call an ambulance.

“I thought someone had collapsed or passed out, that was my first impression,” said Fernando, who did not want to give his last name.

He said one of those family members was holding the dying woman and helping and reassuring her. She had been stabbed in the back, Fernando said, adding that he was in shock.

“It was not nice to see someone dying,” he said.

Emma Mountford, 41, a British woman from Derbyshire, said she feels “helpless and sad” after the attack. She said she had noticed an increased armed police presence in the city.

“The scariest things about these attacks are they completely out of the blue, carried out by ordinary people,” Mountford told CNN outside the British Museum near the scene of the attack.

“We’re were saying to (the) taxi driver, you can’t let it stop you from doing things, otherwise you’d be terrified to leave the house. I just make sure the children stay close and always be on the (lookout) for anything odd or out of the ordinary.”

Philippa Baglee told CNN she saw the aftermath of the attack.

“I came out of the Atrium (bar) to have a cigarette, and I saw people standing over there looking at the ground. I could see someone laying down and a guy with a motorbike helmet balanced on his head just walking up and down,” she said.

Janet Pavely, who was with Baglee, said people had to be “very self-aware” when out in public now.

“It could happen anywhere. I don’t think it would stop us from coming back. We were lucky last night. We were going to walk, we took a cab instead. Who knows?” she said.

Police were lifting cordons around the crime scene by late Thursday morning. Workers sprayed and scrubbed the sidewalks clean as people began to leave flowers at the site.

“The safety of all Londoners is my number one priority and my heart goes out to the victims of the incident in Russell Square and their loved ones,” Khan said in a statement from his press office.

Khan asked Londoners to report anything suspicious to the police.

“We all have a vital role to play as eyes and ears for our police and security services and in helping to ensure London is protected,” he said.

Former FBI agent Bobby Chacon said that “the normal posture” in these situations is “to calm the public and say we don’t have any information that it’s terrorism yet.”

“The fact that they’re even mentioning terrorism leads me to believe that some of the witnesses and some of the victims may have said that this guy may have made some statements while he was carrying out the attack,” he said.

Russell Square, in the Bloomsbury district of west-central London, is a busy passing point to get to sites, including the British Museum and the main buildings of the University of London.

The park isn’t particularly bustling at night compared with other nearby neighborhoods that are home to more restaurants and bars.

In the July 7, 2005, terror attacks on London, the most devastating of the four bombs hit the Underground subway line running close to Russell Square.

In December, Muhyadin Mire, 29, was charged with attempted murder after authorities say he carried out an unprovoked knife attack in a subway station in London’s Leytonstone suburb.

A man has been detained and arrested by police #RussellSquare https://t.co/jsPqqqeOJa