‘If you’re old enough to drive, get a job’ sign aimed at Pokemon Go players

CHESTERFIELD COUNTY, Va. -- The trendy Pokemon Go game has kept the parking lot in front of Gino’s Pizza in the Woodlake subdivision in Chesterfield bustling, but Gino’s owner said the game is hurting his business.

“In this particular spot they have two Pokestops that are right next to each other,” Dyllan Bergman said while playing the game inside of his car.

“I gotta have spaces for my customers, we’ve been here for 29 years,” Picone said.

He said Pokemon players are taking up spots in the parking lot and not buying anything.

So, he put up a cardboard sign that reads: No Poke Parking. 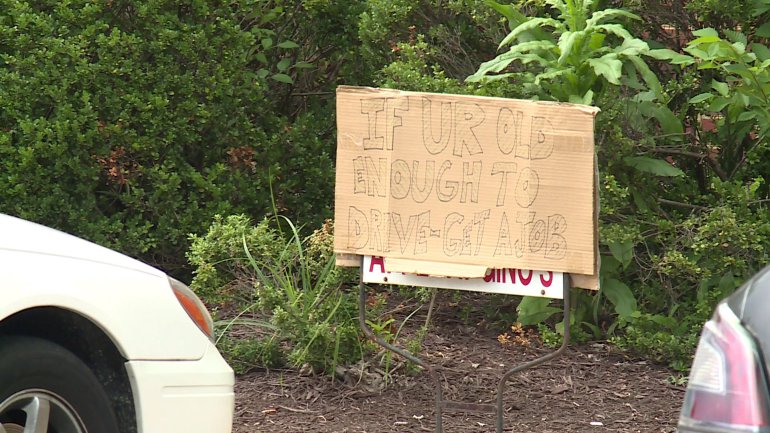 “People laughed about it, they got a chuckle, but they got the message,” Picone said.

He said it worked with younger players, but, older ones started flipping out.

“One gentleman cussed me out in the parking lot… because of him, on the back side of the other side I wrote, ‘If you’re old enough to drive, get a job,’” Picone said.

The message has caused quite a stir with many taking to social media to complain.

“It just blew up. Now the Poke community wants to hang me,” Picone said.

Bergman said Picone has a point about the parking, but he’s not so sure the follow up message is appropriate.

“I could see it being a little out of hand, a little too far maybe,” Bergman said.

Yet, Picone said it wass necessary after all of the negativity he’s experienced from grown adults.

Picone said he reached out to his landlord about the issue.

He said the landlord is considering putting up permanent signs asking people who are playing Pokemon not to park in some of the spaces.