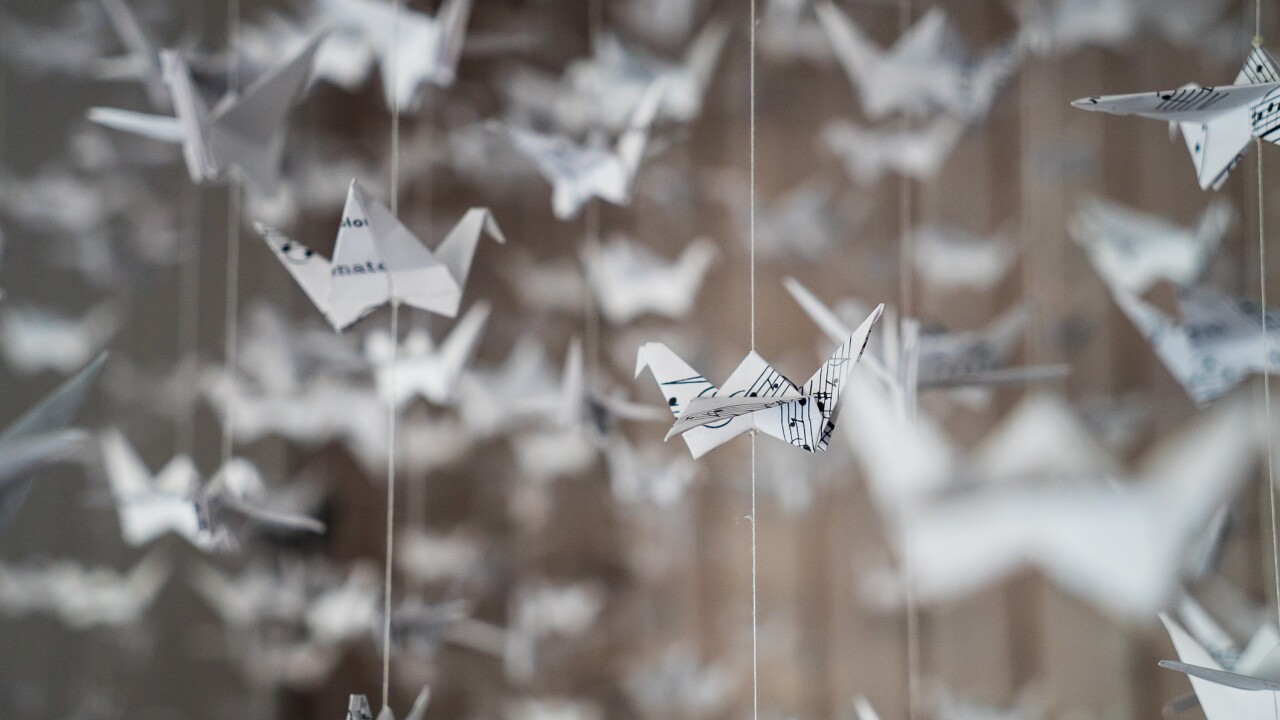 The exhibit, called “A Better World,” will be open from August 2 to October 2. It is free and open to the public and will be open during the memorial’s regular hours.

“A Better World” coincides with the 71st Anniversary of the dropping of atomic bombs on Japan, August 2 and 9, and the end of World War II, September 2.

The 1,000 paper cranes concept became popular following the story of a Japanese girl named Sadako Sasaki, who began making origami cranes when she was 12 years old. Sadako suffered from leukemia after being exposed to radiation from the atomic bombing of Hiroshima. Sadako’s goal was to make 1,000 paper cranes and then make a wish for a long healthy life. She folded over 1,000 paper cranes, but died on October 25, 1955.

People from all over the world fold cranes in Sadako’s honor.