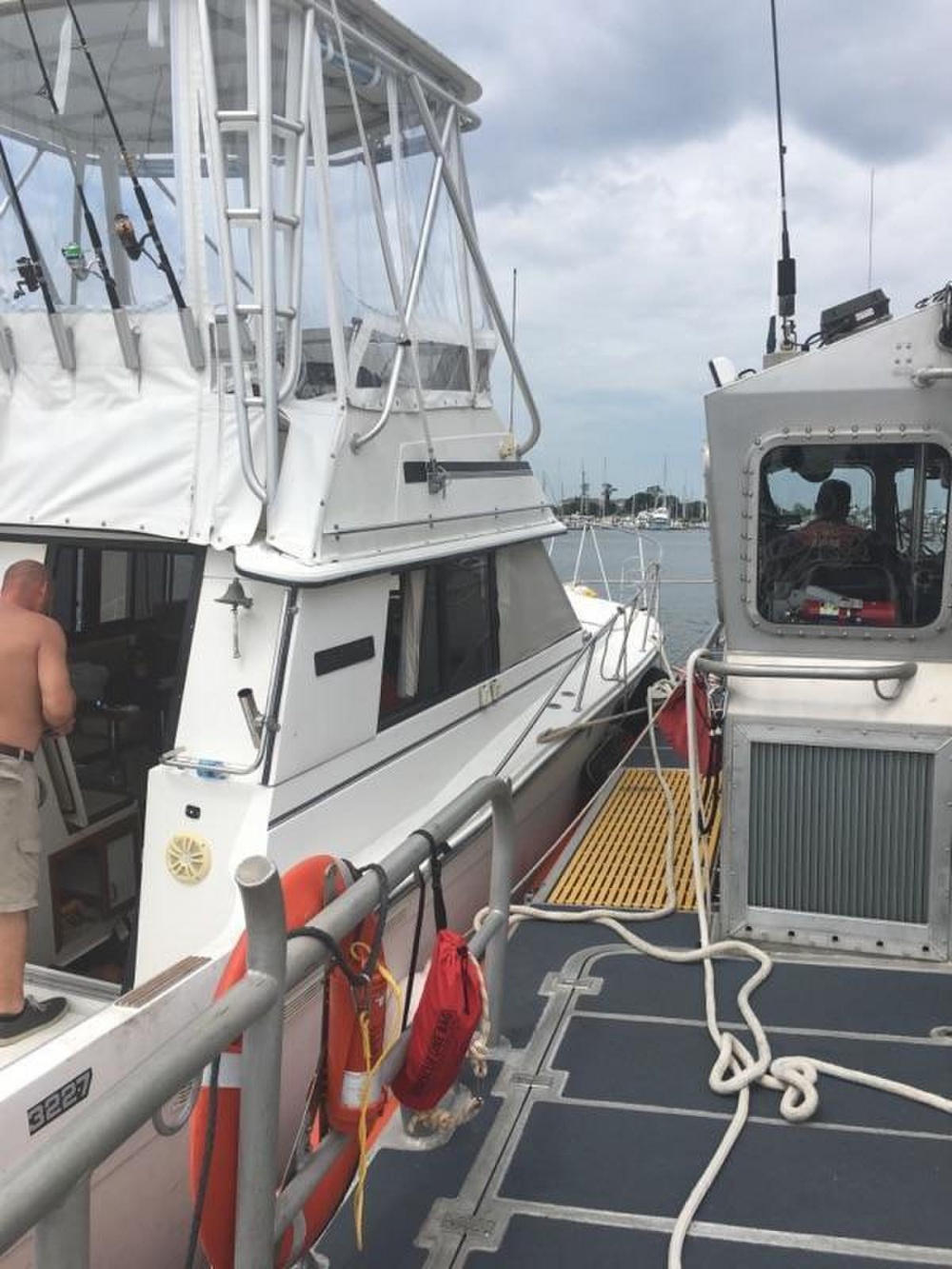 The RBM and helicopter arrived at 10 a.m. The two boaters were transferred to the RBM just before 10:30 a.m. Both boaters were wearing life jackets.

The vessel was towed to Cutty Sark Marina.

“The support of local agencies is great,” said Petty Officer 2nd Class Brandon Castellow, the coxswain of the RBM crew. “In this case, the Army Corps of Engineers helped us by relaying the vessel’s position to us when the vessel’s electronics went out. Because of them, we didn’t have to search at all – we just went straight to the vessel.”