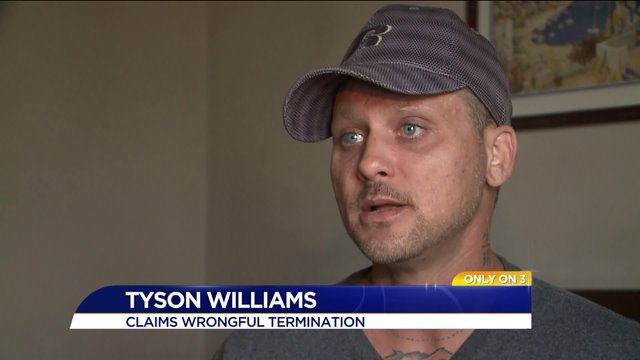 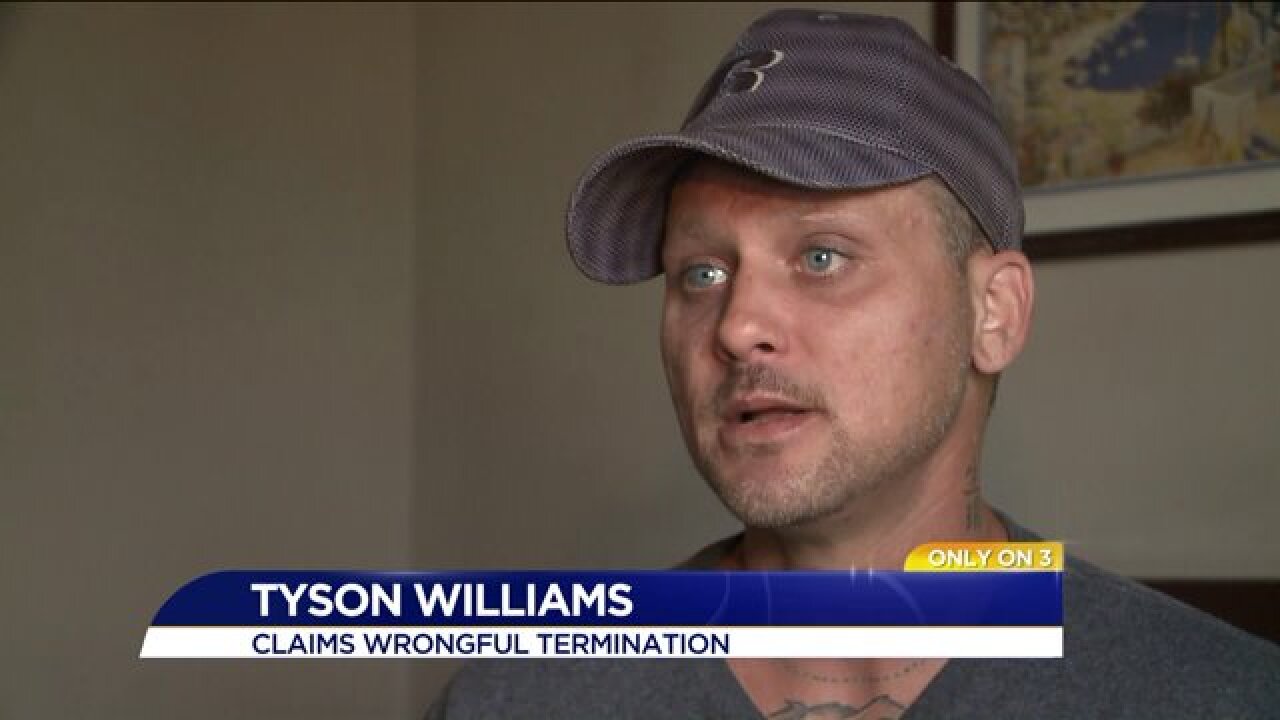 NORFOLK, Va. – Former shipbuilder Tyson Williams cares about two things: his family and his job. But Williams lost his job last week, when Marine Hydraulics International fired him for what they called ‘workplace violence.’

Tyson Williams claims wrongful termination after he say a story he told to a co-worker was taken out of context.

“I’m just trying to save my job, and am asking them, ‘you know, look, can I just please go back to work?’” Williams told News 3 in an exclusive interview. “This was all a misunderstanding.”

Williams was working on the USS Gettysburg at the BAE shipyard when he told a colleague about his experience on a recent flight. As the plane was getting ready to take off, a Middle Eastern man caused panic.

“He ran straight for the exit in the cabin, and reached for the door and started pulling on the door...I [told my co-worker] I was just waiting for this guy jump up and shout, ‘Allahu akbar, boom!’ - to blow the plane up.”

Those words – Allahu akbar, boom – are what Williams says got him in trouble. Within 5 minutes of telling this story to his co-worker he says he was surrounded by navy officers with assault rifles, accusing him of making terroristic threats.

“I’m terrified, like, I don’t even understand what’s going on, just from me telling a story,” Williams told News 3’s Merris Badcock.

Williams said he was taken to a small room where more men with guns waited for him to sign a statement about what happened. Williams said as soon as he wrote the word ‘boom’ on the piece of paper, he was asked to pack up and leave the ship.

“It was traumatic, and I do not know if I will have a chance to work for another shipyard because of a ‘black mark,’” Williams said.

Later that same day, Williams told News 3 NCIS personnel visited him at his home, and told him he had been cleared, and that the incident was all a big misunderstanding.

“It`s pretty scary when, you know, you’re threatened to be killed, and coerced into signing statements at gunpoint. This is something out of Nazi Germany,” said Williams. “We`ve just gotten this carried away in our country with political correctness.”

According to Williams, clearance from NCIS did not matter to Williams’ employer, Marine Hydraulics International (MHI). Williams told News 3 even though NCIS cleared him of the incident, MHI still fired him for workplace violence.

When Williams called MHI’s human resources department, the woman on the other end of the line confirmed his termination.

“It falls under making threatening remarks,” the woman told Williams as our cameras were rolling. “A lot of the times with harassment or violence, it has to do with perception, and the person that you said this to, took it as a threat.

“So did the whole military ship."

MHI told Williams they have no knowledge that he had been cleared by NCIS.

NCIS did not respond to our request for a statement in time for our deadline. BAE referred us to NCIS. MHI would only confirm Williams was terminated last Monday, the day of the incident.