Clauson, 27, was airlifted to a hospital in Lincoln, Neb., after the violent crash during Saturday night's 39th annual Belleville Nationals midget race. During a news conference Monday, IMS president Doug Boles confirmed that Clauson had passed away.

The Indiana native was pushed into the fence by a lapped car and his vehicle rolled multiple times before landing on its side. He was then struck by an oncoming car,according to Racer.com. It took rescue workers nearly a half hour to cut off the cage of his car, remove Clauson and place him in an ambulance. He was taken to the hospital in critical condition.

Just one night before the crash, Clauson walked away from a nasty crash and tweeted afterward thanking Simpson Racing and Spike Chassis.

"You know short track racing has always been the heart and soul of auto racing in America," Boles said Monday. "Bryan Clauson combined his passion and enthusiasm for grassroots racing with God-given talent that made him a favorite to win every time he got int a midget or sprint car. And he proved on the world's largest stage by leading three laps of the Indianapolis 500 that he could use his talent in just about anything with wheels."

Boles also noted Clauson's humility and character, both traits that made him popular among competitors and fans alike.

Clauson was the defending champion of the Belleville Nationals and was trying to finish 200 races this year. Saturday's race marked the 116th race on that journey.

“Bryan’s passion for our sport was unparalleled. He was a leader not only on the track, but in the pits with his fellow competitors,” said USAC president & CEO Kevin Miller. "There's a tremendous hole in the hearts of our community today as we grieve his loss along with his family and friends."

The racing community quickly reacted to word of Clauson's death on social media:

Clauson's family made a statement following his death on his Facebook fan page:

Last night, the 7th of August, we said goodbye to our son, my fiancé, our friend, Bryan Clauson. He was surrounded by family and friends and we were grateful that we could experience his final moments with him.

Our Bryan fought to the end with the same desire that he demonstrated behind the wheel of all the various race cars he would park in victory lane. However, we were more proud of our Bryan that took a moment to make a young fans day, or demonstrated his uncommon kindness and appreciation toward his friends, family and fans.

We would like to thank everybody who has shown their concern toward us and kept us in their prayers. We will never be able to truly thank you. We would also like to thank the staff at Bryan Medical Center who stood and fought with our Bryan since he arrived here early yesterday morning.

We know that our Bryan is also your Bryan and that you would like to participate in honoring him. A service will be held at the Indianapolis Motor Speedway at a date and time to be announced soon. In lieu of flowers, or to make a donation, people may direct their contributions to the USAC Benevolent Fund website at http://usacbf.org/cash-donation/ or checks should be made out to the USAC Benevolent Foundation in the name of Bryan Clauson. The address is 124 E Northfield Drive, Suite F #129, Brownsburg, IN 46112.

Thank you for being a part of our Bryan's life.

Clauson had over 70 career U.S. Auto Club wins and over 170 total career feature wins in the Sprint Car, Midget and Silver Crown Ranks. 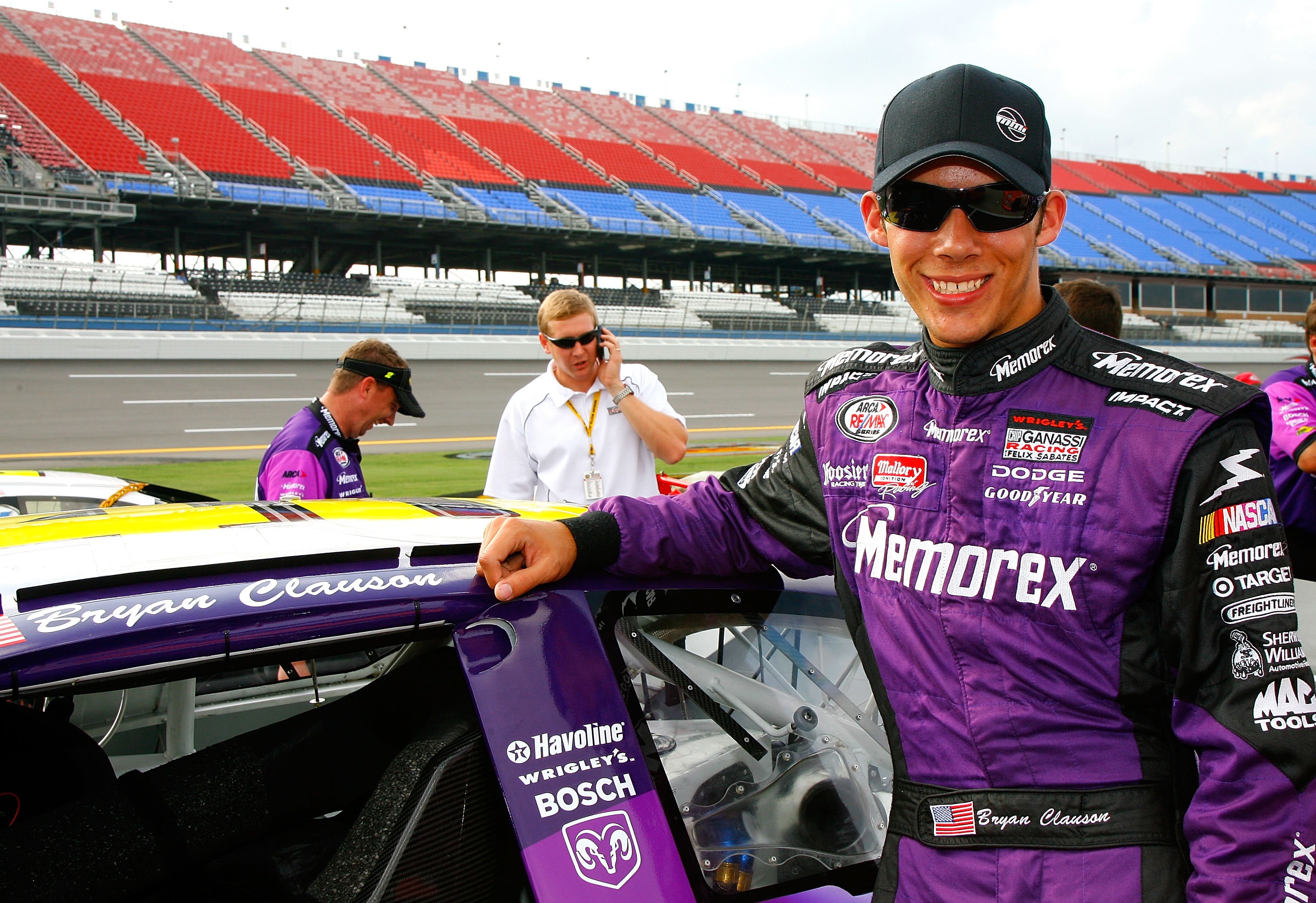