ISLE OF WIGHT, Va. - Authorities are investigating a train derailment that occurred Tuesday in the south end of Isle of Wight County.

It happened around 9 a.m. while the train was passing through the International Paper mill complex located at Jamestown Lane and Carrsville Hwy.

According to Isle of Wight Sheriff's Office spokesperson Lt. Potter, there were 30 cars on the CSX train when it derailed.

Of those 30 cars, 13 of them toppled over onto train cars that were sitting on an adjacent track.  The train cars on the adjacent track were empty at the time, according to a spokesperson for International Paper.

Potter says there were no hazardous materials on board and they do not believe there is any health or environmental threat since nothing spilled or is leaking. No injuries were reported. 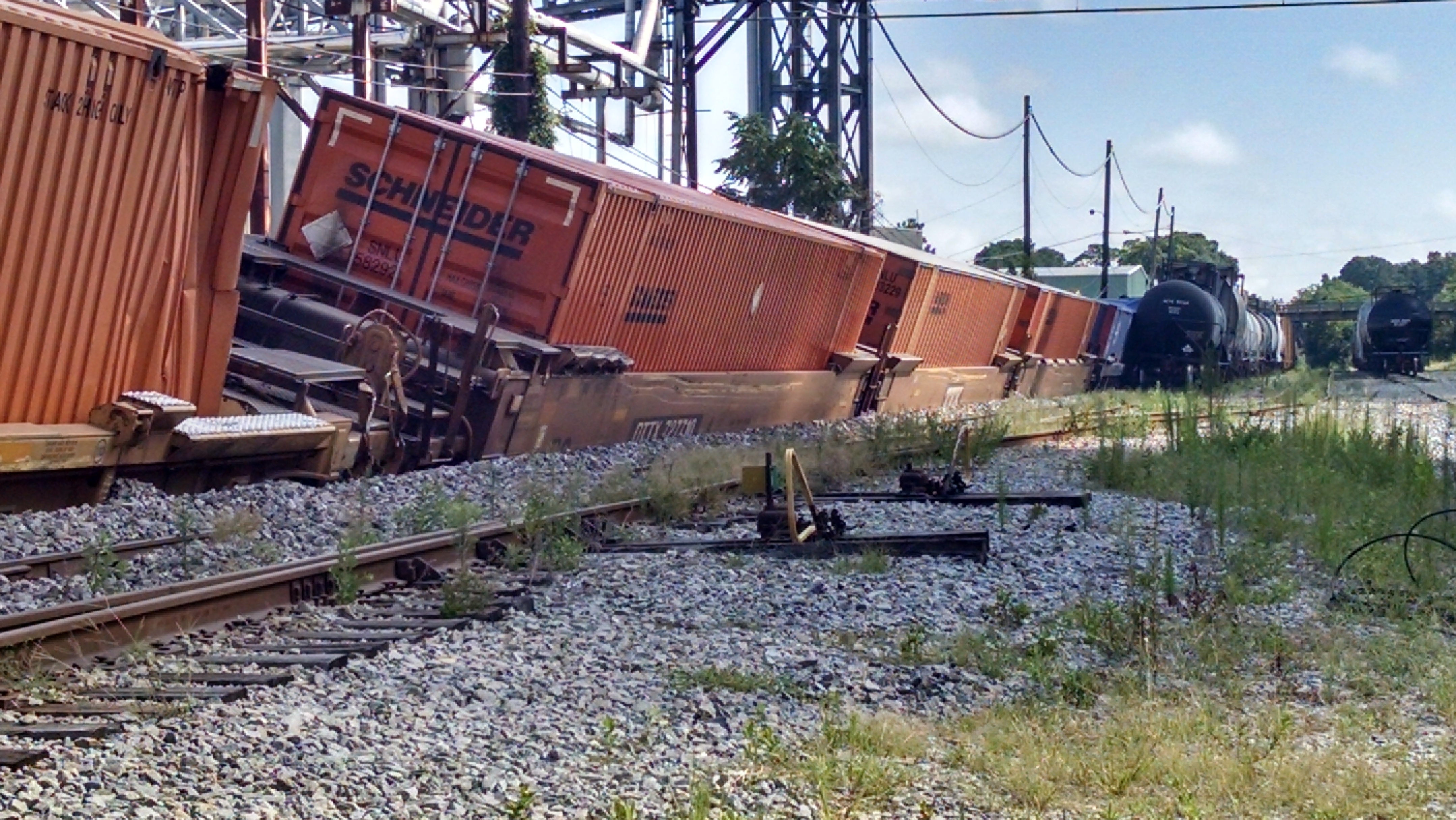 A spokesperson for CSX told News 3 the train was carrying mixed freight, but they did not they give any further specifics about the contents.  They released the following statement about the derailment Tuesday morning:

CSX personnel are working with the Franklin Police Department, Fire and Rescue, Virginia State Police and representatives from International Paper to assess the scene of a CSX train derailment this morning near Franklin, Virginia. CSX's first priority is the safety of responders, employees and the community.

The train derailed on the CSX mainline tracks in front of the International Paper mill just after 9:00 a.m. and preliminary reports indicate there are no leaks, spills or injuries. The train was traveling from North Baltimore, OH to Portsmouth, VA carrying 37 loads of mixed freight in intermodal containers. We will provide updates on the progress of the work to safely rerail the rail cars and restore the tracks.

CSX personnel continue to work with local first responders, including the Isle of Wight County Sheriff’s Office, at the site of a train derailment near Franklin, Virginia. The safety of responders and the public remains the company’s first priority. Damage assessments conducted in conjunction with the Virginia Department of Emergency Management have revealed five well cars, which are specifically designed to carry intermodal containers, derailed on the CSX tracks in front of the International Paper Mill. Those well cars were carrying 11 intermodal containers with mixed freight that includes furniture parts, synthetic rubber and metal. None of the derailed cars contain hazardous materials. CSX personnel are coordinating with sheriff’s deputies to clear blocked crossings for local road traffic and contractors are on site to begin the process of rerailing the damaged cars. While the crews work to safely restore normal train operations, CSX appreciates the community’s patience.