Several unaccounted for after apartment complex explosion in Maryland

As many as seven people were unaccounted for and more than 30 hurt in an explosion and large fire at a four-story apartment building early Thursday in the Washington, D.C. suburb of Silver Spring, Maryland, reports CBS Radio Washington, D.C. affiliate WTOP.

The incident began just after midnight. Some 28 apartments were evacuated, displacing about 90 people, he said. 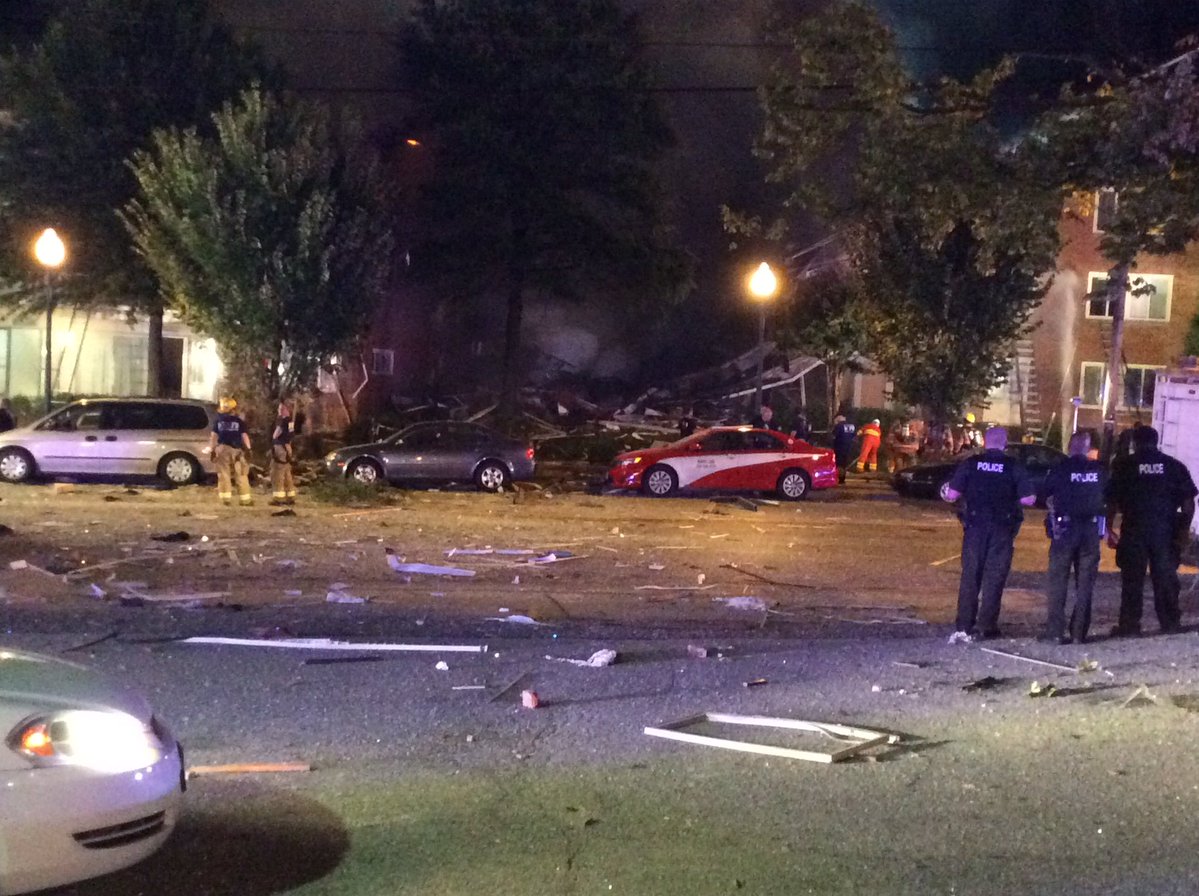 The blaze was fed by natural gas, and part of the building collapsed, fire officials said, adding that there was collateral damage to nearby buildings.

Firefighters couldn’t enter the building, so they battled the blaze from outside only, Goldstein noted.

Numerous rescues were carried out, the chief said.

The department said early Thursday that the fire was mostly out.

fire believed to be under control in the 8600 Blk of Piney Branch Rd. over 100 FF's on the scene. units from PG County assisting MCFRS

More than 160 fire and rescue workers were at the scene at one point, WTOP said.