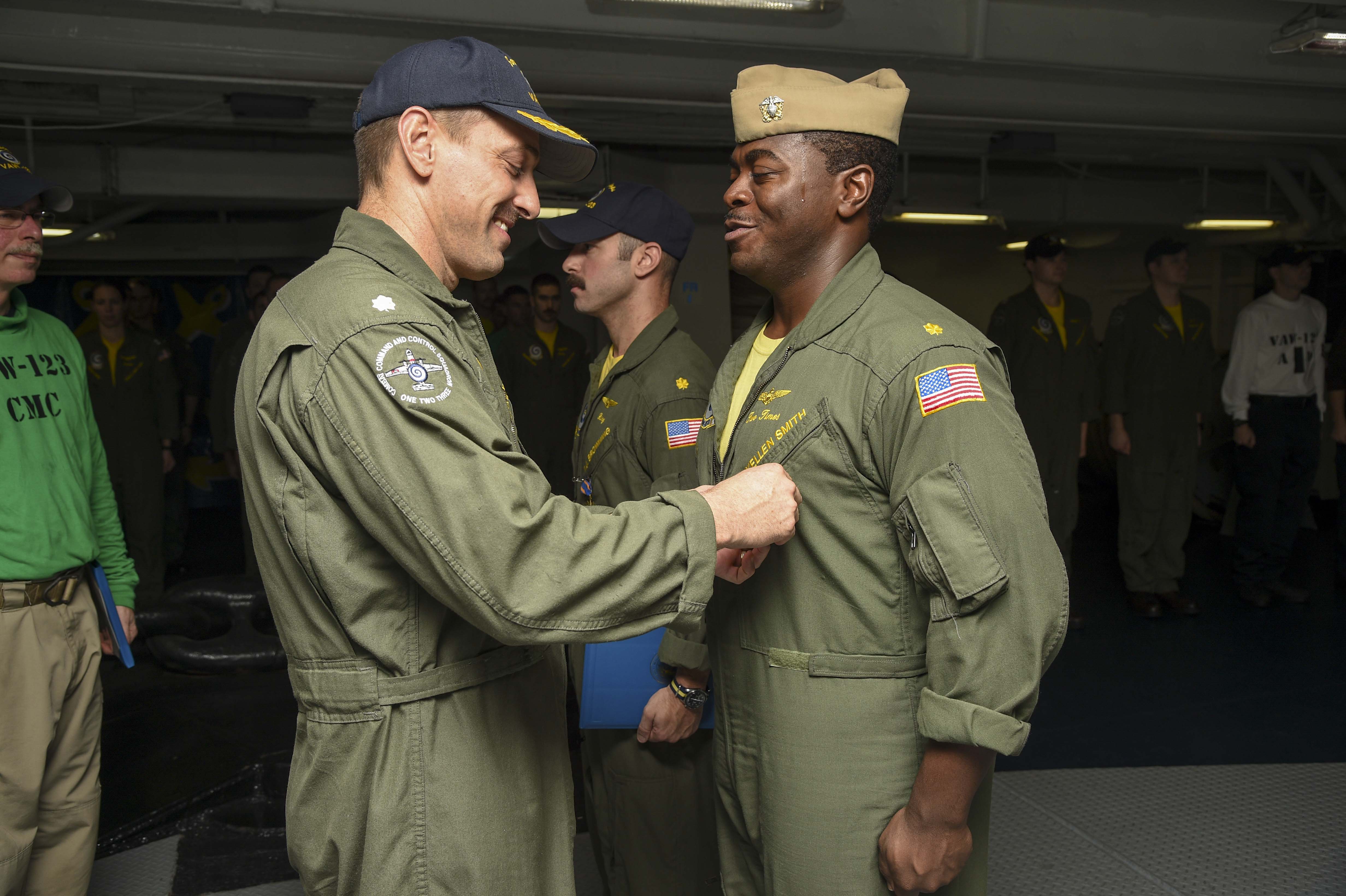 Three Navy Pilots have been awarded the Armed Forces’ Air Medal after a deck mishap on March 18.

The pilots received the award for their timely reactions to prevent the loss of an aircraft by maintaining positive control during the mishap.

The Navy says the award is presented for ‘heroic actions or meritorious service while participating in aerial flight.

Smith described the events leading up to the mishap.

“We had clear skies and a smooth takeoff, and it seemed like another good day to fly,” said Smith, who earlier that day had piloted the aircraft to complete his own arrested landing during the Ike Strike Group Composite Training Unit Exercise. “We finished what we had to do in the air and were relieved to be landing back on board.”

When the Hawkeye touched down on the flight deck it caught the wire. As they began to decelerate, the arresting cable snapped and they found themselves rolling ever closer to the edge of the landing area.

“It all happened in about eight seconds,” said Smith, who has been flying for 12 years. “While we were decelerating we heard a loud snap. When we would normally be coming to a stop, we weren’t. Our years of training kicked in and we reacted on instinct. I slapped back the ditching hatch (Hawkeyes do not have ejection seats) as we cleared the deck and began a deep settle (significant descent). I would guess we were about 10 feet from the water before we lifted back up, but Lt. Smith expertly kept us climbing away. It was a sigh of relief when we were back in the air. It helps to know that at the critical moment, all we practice for this scenario actually works. The experience has made me much more confident in my training.”