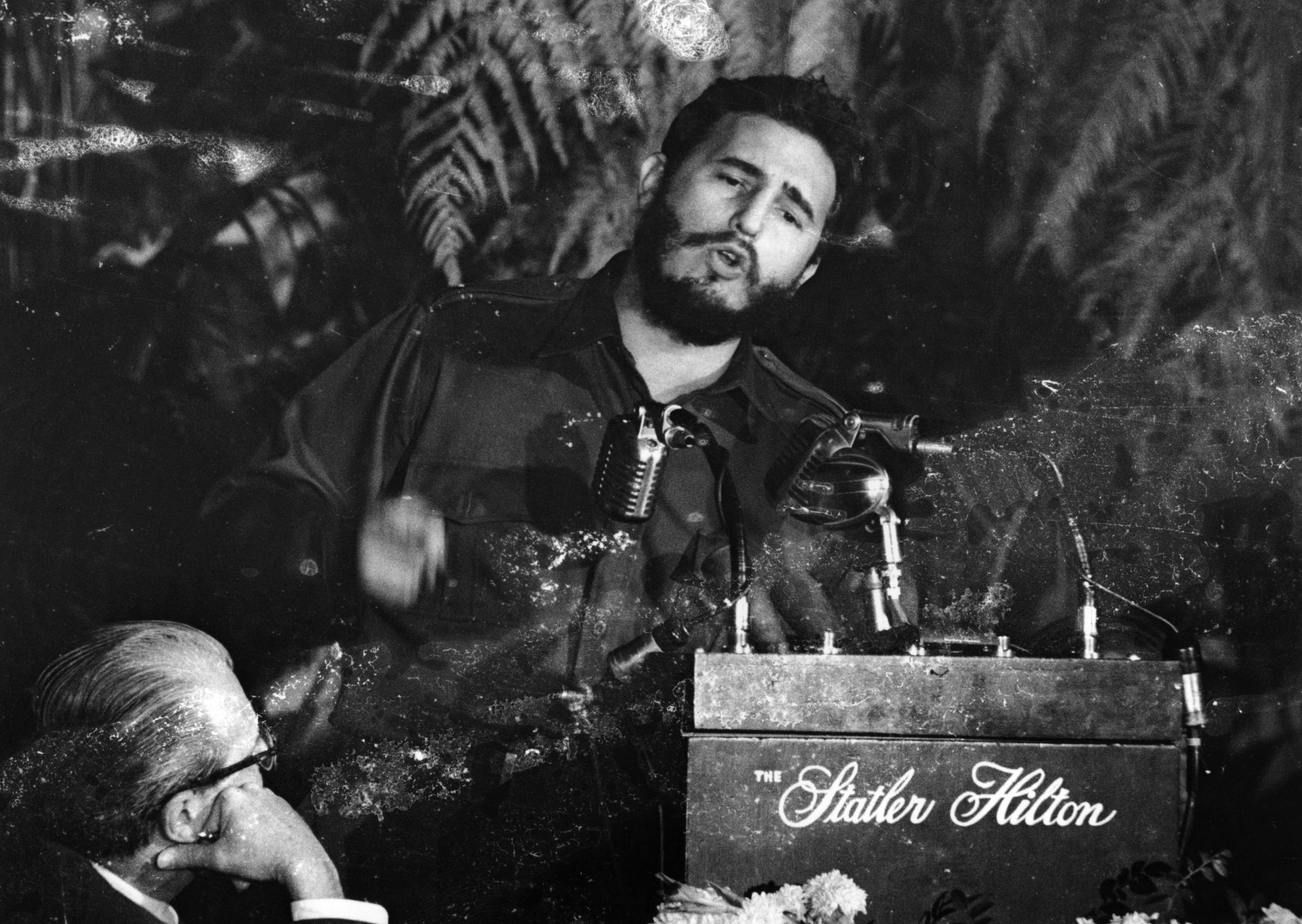 HAVANA, Cuba – When Fidel Castro turns 90 on Saturday, few people may be as shocked by the former Cuban leader’s longevity as Castro himself.

He has lived much of his long life in the spotlight — and much of it in the crosshairs — surviving a half century of assassination plots and attempts against him.

“Soon I will be 90,” Castro said during a rare public appearance in Havana in April, at a meeting of the island’s ruling Communist Party. “Never would such an idea have occurred to me. It was not the fruit of any effort, it was the whim of fate. Soon I will be like all the rest.”

His would-be assassins are alleged to have plotted to kill him in a variety of ways, including poisoning him, dosing his dive suit with fatal botulism and blowing him up during a speech. Many of the plots were spectacular failures. More Wile E. Coyote than Jason Bourne.

“More people have tried to murder the world’s most famous socialist than any man alive,” according to the 2006 British documentary “638 Ways to Kill Castro.”

Today, Cuban officials claim Castro survived more than 600 attempts on his life, a figure that is impossible to confirm.

His reputation as a cheater of death took hold early. As a young revolutionary he was reported dead twice by Cuba’s press — “perishing” once when he led a failed uprising against a military barracks and again when he returned from exile by boat with a guerrilla force.

The number of people wanting Castro dead — or at least gone — rose after he seized power in 1959, took over US property on the island, embraced the Soviet Union and forced thousands of Cubans into exile.

Few had as much reason to want Castro dead as the American mafia. Before the revolution, US mobsters paid off Cuban officials to let them operate hotels, casinos and brothels on the island, just 90 miles from Florida but well out of US jurisdiction.

Castro brought the party to a crashing halt, seizing the mobsters’ casinos and hotels and sending them scurrying back to the States.

And that led to an unusual partnership.

A CIA agent met with mobster Sam Giancana in Miami in 1960. Giancana agreed to help the American government kill Castro and even said the mob would waive their usual fee, according to declassified CIA reports.

“Sam suggested they not resort to firearms, but if he could be furnished with some type of potent pill, that could be placed in Castro’s food or drink,” according to a “Secret – Eyes Only” CIA cable that was released in 2007 as part of a Freedom of Information Act request.

Cyanide pills were delivered via the mob’s contacts to the former Hilton hotel in Havana, now nationalized and renamed the Hotel Habana Libre, the CIA documents show. It served chocolate milkshakes that Castro adored.

But on the night that Castro turned up, it all went wrong for the mob assassin, according to Fabián Escalante, a retired Cuban intelligence officer who looked after Castro for decades.

“They ordered a chocolate milkshake, and in the rush and nervousness brought on by the moment for which he had prepared himself for over a year, he broke the capsule of poison while trying to pick it up, as it had stuck to the shelf of the freezer in which it was hidden,” Escalante wrote in his book “Executive Action: 634 Ways to Kill Fidel Castro.”

From lover to would-be assassin

The CIA tried pills again, recruiting an erstwhile lover of Castro to deliver the poison.

Marita Lorenz had met and fallen in love with Castro shortly after the revolution, she wrote in her 1993 memoir “Marita: One Woman’s Extraordinary Tale of Love and Espionage from Castro to Kennedy.”

They had a whirlwind romance, but then, Lorenz wrote, she was recruited by the CIA when she visited the United States.

She was sent back to Cuba with poison pills, Lorenz remembered. But when she got to Havana, she found that the pills had dissolved in the jar of face cream where she had hidden them and, worse yet, Castro was aware of the plot.

“Are you here to kill me?” Lorenz recalled Castro asking her, and then handing her his pistol as they met in a hotel suite for a tryst. Instead of shooting Castro, according to Lorenz, she fell into the Cuban leader’s arms.

The US government sent attorney James B. Donovan to negotiate the exiles’ release directly with Castro.

He spent months talking with Castro, even bringing his son along. The relationship developed and Castro took the Americans along for one of his favorite activities, spear fishing in Cuba’s crystalline waters. Those outings inspired a new CIA assassination plot: the toxic dive suit.

According to a CIA document that was partially declassified in 2015, it was proposed that Donovan become the “unwitting purveyor” of a dive suit contaminated with disfiguring “Madura foot fungus” and deadly “tuberculosis bacteria.”

But, according to the CIA document, Donovan turned down the dive suit he was to present to Castro because he had already given one to Castro as a gift.

Over the decades Castro became one of the longest-ruling heads of state in the world, but the plots against him never abated. According to Escalante, Castro was targeted with sniper rifles, explosive-laden baseballs, poisoned cigars and pistols disguised as news cameras. All failed.

Even in his fifth decade of power, Castro was still calling out plots against him. In 2000 at the 10th Ibero-American summit of Latin American and European leaders in Panama, Castro publicly denounced what he said was another attempt about to be made against him.

“They are already in Panama and they have introduced weapons and explosives,” Castro said, holding up a photo of one of his most persistent foes: Luis Posada Carriles.

Posada was a Cuban exile and former soldier in the CIA sabotage campaign against the Cuban government. He had been accused by Cuban officials in the 1976 downing of a Cubana airliner and the 1997 bombings of hotels in Havana.

Posada, his face riddled with scars from what he said was a failed attempt by Cuban agents to kill him, has at various times both denied and admitted playing a role in the airplane and hotel bombings.

The plan, Castro said, was to blow him up while he gave a speech to a Panamanian university.

Panamanian police arrested Posada and three other Cuban exiles who were indeed in the country. The men were convicted of endangering public safety but then controversially pardoned.

Despite the ever-constant threat of assassination, it was not a bomb or cyanide capsule that removed Castro from power but a botched medical operation.

In 2006, having given up his beloved cigars and switched to a mostly-vegetarian diet for health reasons, Castro was afflicted by an intestinal ailment.

A series of bungled operations nearly cost him his life, and two years later he was forced to cede power to his younger brother Raul Castro.

Increasingly infirm, Castro still travels with heavy security though he is rarely spotted in public these days.

But as his birthday approaches, his presence is again being felt. Around Cuba, the government has posted freshly painted signs that simply read “Long live Fidel.”