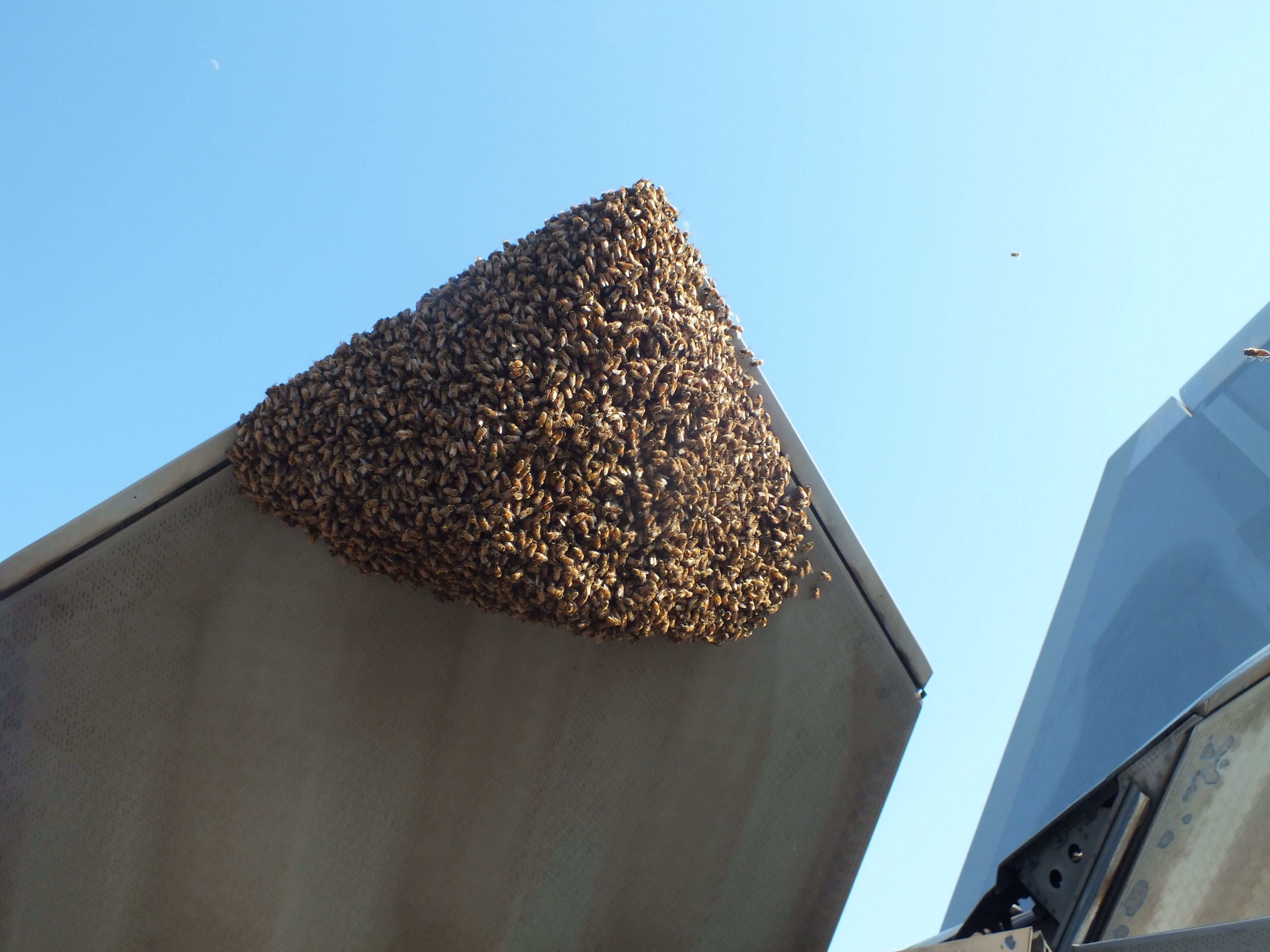 LANGLEY-EUSTIS, Va. – Aircraft Maintainers with the 192nd Fighter Wing at Joint Base Langley-Eustis recently found something a little odd on one of their jets.

During post-flight operation checks on June 11, they discovered a swarm of honeybees hanging from the exhaust nozzle of an F-22 Raptor engine.

“I was shocked like everyone else because it looked like a cloud of thousands of bees, but I knew they wouldn’t sting anyone and were just looking for a new place to live,” said Tech. Sgt. Jeffrey Baskin, 192nd Maintenance Squadron crew chief. “My neighbor maintains two colonies of honey bees and I knew they were at risk for extinction, I figured we might want to get a honey bee expert out to collect them.”

Aircraft Maintenance Officer Capt. Katie Chiarantona called the on-base entomologist to assess the situation, but he immediately knew he did not have the means to relocate the bees and instead referred Chiarantona to a local honeybee keeper in Hampton.

Andy Westrich is retired U.S. Navy in addition to being a beekeeper, arrived and said the swarm was one of the largest he had ever seen.

He used vacuum hoses to corral the bees off the jet and into large buckets.

192nd Fighter Wing Aircraft Maintainers found a swarm of honey bees hanging from the exhaust nozzle of an F-22 Raptor engine on June 11, 2016 at Joint Base Langley-Eustis, Virginia. Andy Westrich, U.S. Navy retired and local honey bee keeper, was called to remove and relocate the bees to a safe place for them to build their hive. (U.S. Air Force courtesy photo)

Westrich later found that the bees weighed a total of eight pounds, which calculates to almost 20,000 bees!

He suspects the bees were on their way to a new location to build a hive for their queen. The queen bees typically fly while loaded down with eggs for the new hive and are often malnourished for the journey. Westrich believes the queen landed on the jet to rest and the rest of the honeybees swarmed around her.

Westrich was able to safely relocate the colony to a local beer producer where they will maintain the honey bee colony and use the honey for their production facility.