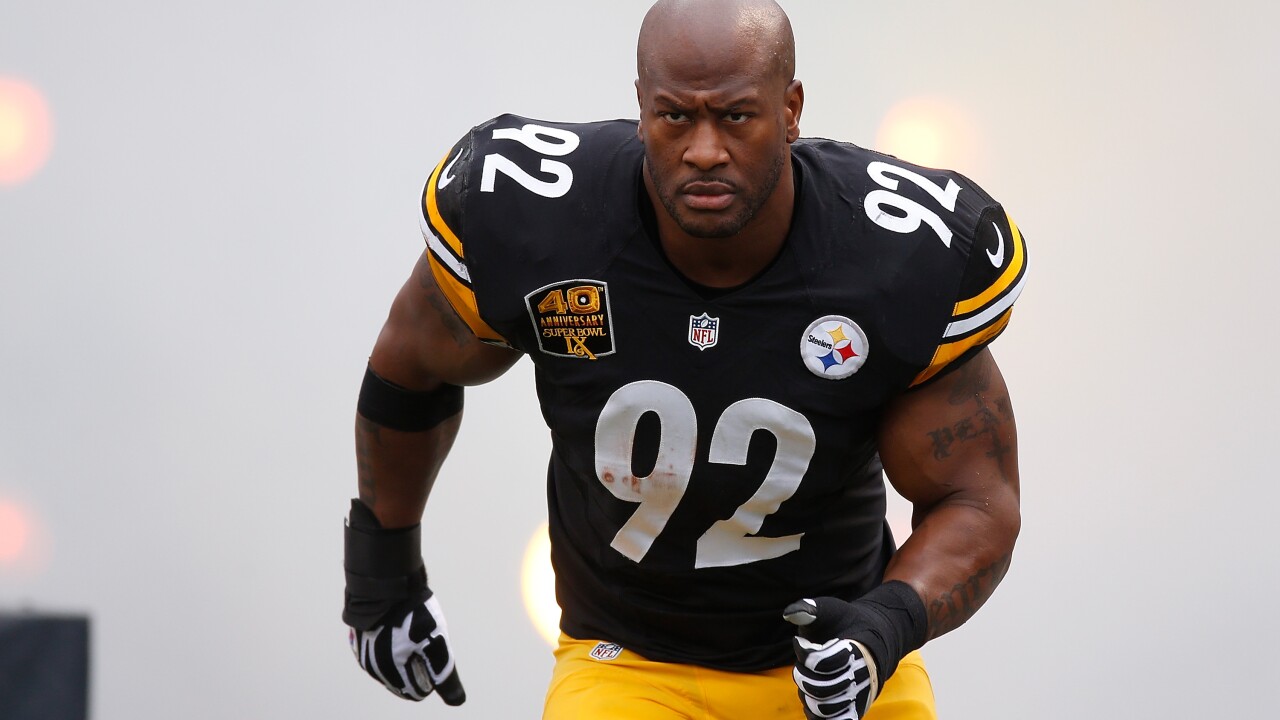 NEW YORK – The National Football League is threatening to suspend four active NFL players incriminated in Al Jazeera America’s documentary The Dark Side if they don’t cooperate with the league.

USA Today reports James Harrison, Clay Matthews, Julius Peppers and Mike Neal will be suspended August 26th if they don’t agree to interview with the NFL by August 25th. The report claims the NFL Players’ Association argues the players should not be required to cooperate because Charlie Sly, the former anti-aging clinic who implicated the players in hidden-camera footage in the documentary, later recanted his claims.

Harrison, who plays for the Steelers, opens the 2016 regular season Monday September 12th at the Redskins. The other three players are members of the Green Bay Packers.

NFL.com also obtained the letter from Adolpho Birch, the NFL’s Senior Vice President of Labor Policy and League Affairs, to the NFLPA. The full text of Birch’s letter is below.

As you know, the league has been investigating a nationally televised report concerning potential violations of the collectively bargained Policy on Performance-Enhancing Substances. There can be no question that the league has a good faith basis for conducting this investigation; moreover, the league and NFLPA have a shared interest in ensuring that our jointly developed policy is not being violated.

Nevertheless, since the initiation of our investigation in January the league has made at least seven attempts to arrange interviews of Messrs. Harrison, Matthews, Neal and Peppers. On each occasion, the NFLPA has communicated the playersâ refusal to participate. Most recently, the NFLPA has attempted to prevent the interviews by submitting for each player a half-page statement, which you advised should be treated as a sworn statement given in a legal proceeding, and which you contend should fulfill the playersâ acknowledged obligation to cooperate with the investigation. The statements, however, are wholly devoid of any detail, and we were quickly able to determine that Mr. Nealâs statement includes an assertion that is demonstrably false. Rather than eliminate the need for interviews, the playersâ plainly deficient statements simply underscore the importance of obtaining their full cooperation.

You were so advised on July 29, when we again wrote to offer the players another opportunity to participate in an interview, beginning with Mr. Neal. In that letter, you were expressly notified that continued noncooperation could result in discipline up to and including a suspension. In response, you provided a revised statement and letter which acknowledged Mr. Nealâs prior steroid policy violation and that his previous âsworn statementâ is in fact untrue. Most important, you advised that Mr. Neal had again refused to cooperate with our investigation by participating in an interview.

There is no dispute that players are obligated to cooperate with the leagueâs investigation, as you have repeatedly acknowledged. This obligation includes not only the responsibility to submit to an interview but also the duty to provide meaningful responses to the questions posed. Nor is there a dispute that a failure to cooperate or an attempt to obstruct the investigation may result in discipline, including suspension from play, for conduct detrimental under Article 46 of the CBA and the NFL Player Contract.

We cannot accept your unilateral assertion that the cursory, untested statements you have submitted satisfy the playersâ obligation. Accordingly, the Commissioner has directed that Messrs. Harrison, Matthews, Neal and Peppers be given until Thursday, August 25 to provide interviews. For those players whose interviews do not take place on or before that date, or who fail meaningfully to participate in or otherwise obstruct the interview, their actions will constitute conduct detrimental and they will be suspended, separate and apart from any possible future determination that they violated the steroid policy. The suspension for each such player will begin on Friday, August 26 and will continue until he has fully participated in an interview with league investigators, after which the Commissioner will determine whether and when the suspension should be lifted.

To avoid this outcome, please promptly contact my office to make arrangements for the interviews. As previously stated, we will make every effort to accommodate the NFLPA’s availability, within the outlined time period.